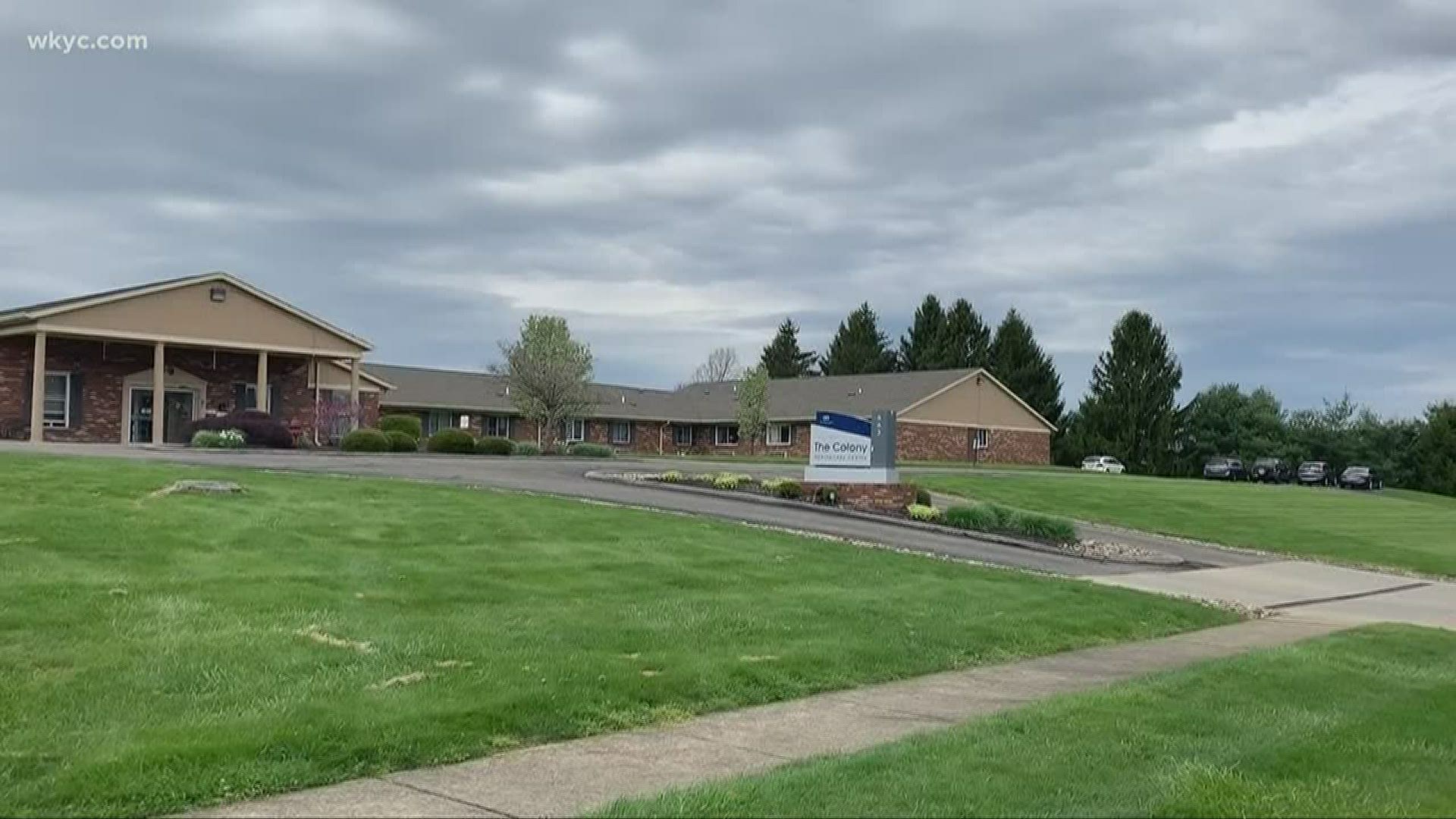 COLUMBUS, Ohio — The numbers are finally in, and they are grim.

Even worse: the data on COVID-19 deaths and infections inside Ohio’s long-term care facilities only provide a partial window into the impact.

Health officials concede we may never know the full toll.

State health officials unveiled its latest web page detailing COVID-19 cases and deaths inside Ohio’s 961 nursing homes. According to the Ohio Department of Health website, 276 residents have died since April 15.

In that same time period, there have been 2,126 infections of residents and another 872 positive test results on aides, nurses and other facility staff.

Currently, there are 1,511 patients and 584 staffers infected with COVID-19 in the state, according the ODH data.

Not all states are releasing their data, and Ohio has only done so after intense demand from the public and media. It’s therefore impossible to get the entire scope of the pandemic’s reach.

But the toll has been heavy in nursing homes across the country.

But based on data from the 23 states that are releasing numbers, over 10,000 long-term care patients have died, representing 27 percent of all US COVID-19 deaths, according to data gathered by the Kaiser Family Foundation.

The numbers released Wednesday by the Ohio Department of Health comes after weeks of data gathering from the state’s various county and local health districts. They include nursing homes, long-term care facilities and assisted living facilities.

Initially, the state declined to released data, leaving it up to individual nursing homes to choose which data, if any, they would share with the public. The state contended the information, even in statistical form, could violate patient privacy laws.

The lack of information troubled family members, whose loved ones have been isolated since early March with no access to in-person visits.

Several media outlets, including 3News, appealed to the state, sometimes at the expense of legal fees, to force the release of the data. Earlier this month, the state agreed, however, the data posted on the health department website was often inaccurate or incomplete.

That’s one reason why the numbers available Wednesday only show deaths and infections since April 15, according to ODH spokeswoman Melanie Amato.

“There was no mandatory and formal way for local health departments to collect that information before [April 15],” she said. “So, we will never know if we have accurate data prior to April 15.”

Lucas County has reported the highest in Ohio with 33 deaths. The county is now in the process of testing all facilities – patients and staff – to try to stem the tide of COVID-19 cases.

Testing in Northeast Ohio is limited. However, one company is testing patients and staff at each of its 13 facilities. Communicare’s Fred Stratmann said testing began at The Colony Healthcare Center in Tallmadge and the results show half of its residents and many staffers tested positive, despite showing no symptoms.

“We made the decision to do this testing so we can get a handle on number of cases and the best course to treat so we can provide the best level of care for our patients,” Stratmann told 3News Investigator Rachel Polansky.

“Now that we realize we have COVID, the best thing we can do is isolate our residents, properly cohort them, and properly treat them.”

Nursing homes are on the front line of the pandemic, and its death toll shows a disproportionate effect on the elderly and frail. Nationally, a vast majority of deaths involve patients over 60 years of age, most with pre-existing medical conditions.

COVID 19 took hold in America in early March when 20 percent of all US deaths were tied to a Seattle area nursing home. Almost immediately afterward, government officials put in place stringent isolation policies, keeping patients separated from family and friends. Their only contact was with facility staff, which are mainly comprised of low-paid, overworked aides.

Nonetheless, despite the intense lockdown, COVID-19 swept through – and continues to inundate – these facilities all across the nation.

RELATED: 7 residents have died from coronavirus at Akron retirement community