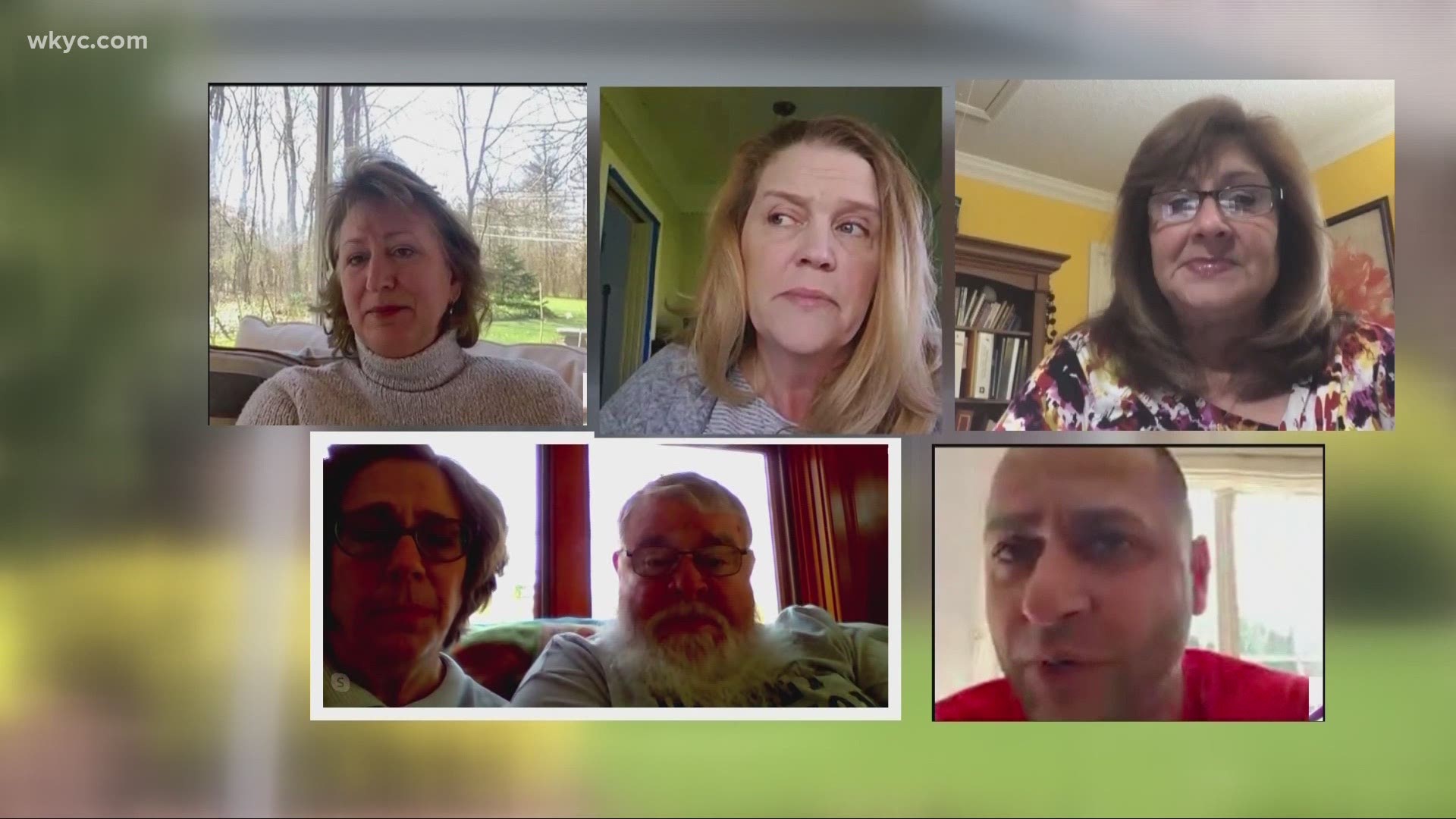 CLEVELAND — Ohio’s skyrocketing COVID-19 cases are beginning to again impact nursing homes and other long-term care facilities where the state’s most vulnerable citizens have lived mostly isolated since March.

Long-term care facilities have already seen roughly 60% of all coronavirus-related deaths, but the latest surge of cases statewide are beginning to filter into the facilities.

The state’s last report showed 2,845 deaths at these facilities since April 15. A month’s worth of data remains unreported by the Ohio Department of Health.

Just last week, Gov. Mike DeWine allowed the state’s 1,253 facilities to reopen to indoor visitors. However, many homes have remained closed to families and friends.

That has not, however, stopped the wave of infections that have caused Ohio to put more than 75% of its counties into the "red" alert category:

Industry officials say the uptick is not related to the reopening last week. In fact, three of the four facilities that reported mild outbreaks have remained closed to visitors.

"What we're seeing in facilities is a reflection of the general community," Pete Van Runkle, who heads the Ohio Health Care Association, told 3News.

Van Runkle believes the surge is merely a reflection of the record-setting spike of cases statewide. On Friday, Ohio reported 1,347 active hospitalizations, surpassing the previous high witnessed in the summer.

"[It's] because of our employees going home every day to the community and being exposed potentially to COVID that exists out there and turning around and bringing it back in," he said.

While cases and hospitalizations statewide have surged, deaths have yet to replicate the rise, and treatments for COVID patients have improved as science has learned more about the novel virus.

Deaths, however, have traditionally lagged cases.

Jennings, which remains closed to indoor visitors, released a statement to 3News Investigates saying that the safety of residents and staff remains a priority. Spokeswoman Lisa Brazytis said:

"Jennings has been focused on identifying and isolating those who are positive through aggressive testing, because most who have tested positive have had no symptoms. When the community is reporting ‘numbers,’ it’s important to remember that each person is an individual with a story, with family and friends, and with a routine that is being disrupted. We are working diligently and hopefully so each person can get back to living life as they should be."

Laurel released a statement outlining its response to protect patients and staff. Laurel also has yet to reopen to visitors.

"As the safety and well-being of our residents, employees, visitors, and surrounding community is our top priority, we are doing everything we can to limit the spread of the virus," Hayley Simpson, regional director of operations, wrote.

Jennings officials also released results of studies showing that ratings and the facilities business structure has played no role in how COVID-19 has spread. The virus affects for-profit as well as not-for-profit facilities, the studies showed.