We went looking for answers and uncovered a bureaucratic mess that's since prompted the state to dramatically reduce its list of 'non-compliant' facilities. 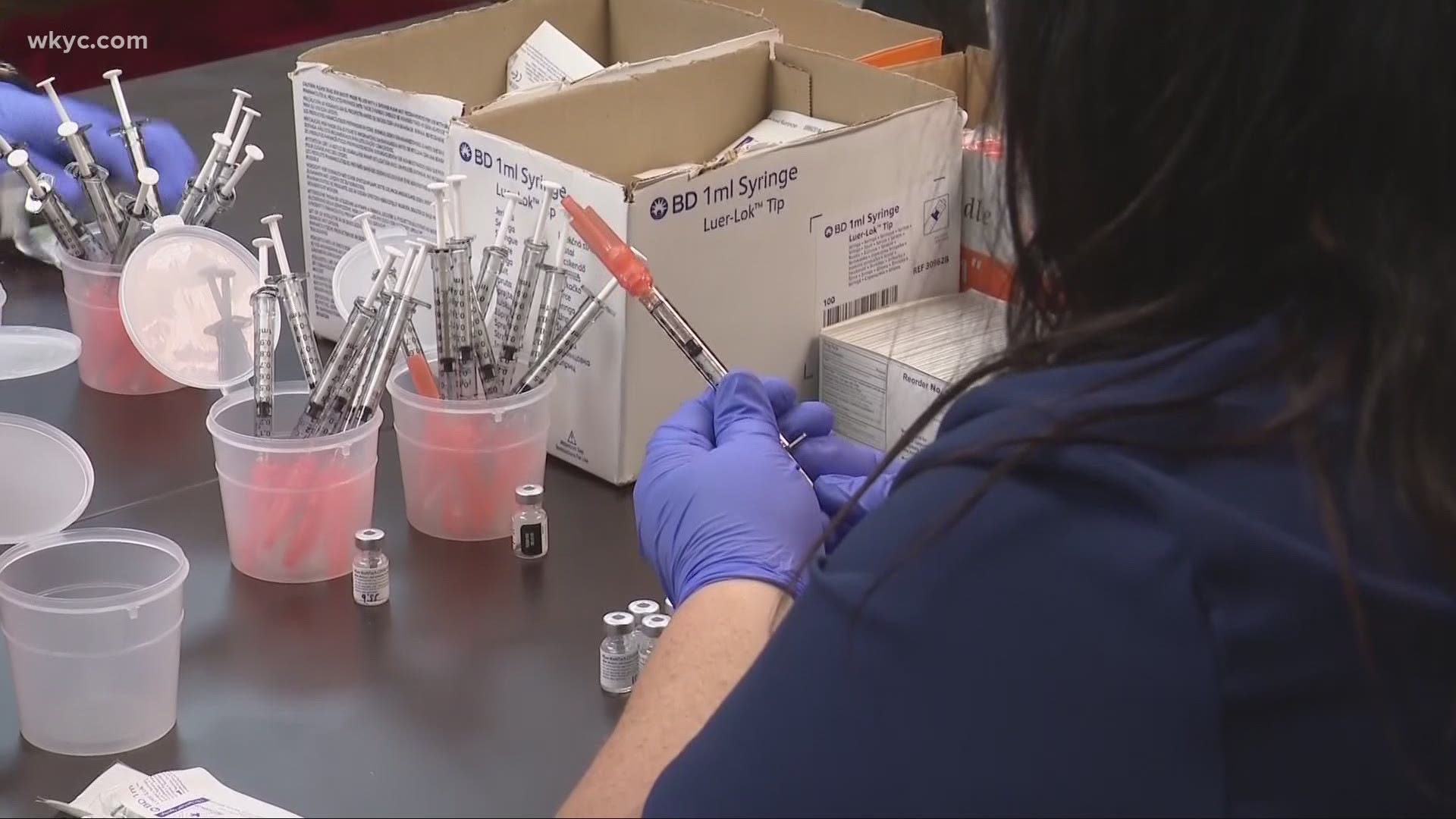 The reversal comes after 3News investigator Rachel Polansky went looking for answers and uncovered a bureaucratic mess that's since prompted the state to dramatically reduce the list.

"I'm a great believer in transparency, and I'm just at the end of my rope with them, frankly," DeWine said during his regular press conference last week. "I think people have a right to know if the facilities are not availing themselves to what the state is providing to save lives."

The governor’s comments appeared to have blindsided industry leaders, who claimed they were premature and did not accurately reflect the true status of the COVID-19 vaccine program in nursing homes and assisted living facilities. At the time, DeWine said 52 nursing homes and 155 assisted living facilities had not opted into the state's program or confirmed how they were providing vaccinations. DeWine released that list here.

On Wednesday, after industry leaders questioned the data or provided more, the combined numbers were reduced drastically down to three nursing homes and 16 assisted living facilities, who had not opted into the governor's program. The revised list can be viewed below:

According to Ohio's Office on Aging, surveys went out to every long term care facility in the state and if they didn't respond, they were put on this list. The problem arose when industry leaders responded saying facilities were, in fact, vaccinating their residents. Some also said they filled out the state survey, but still wound up on the governor's list.

"We were shocked to find that our name was on this list because we had completed the survey," Lisa Brazytis, chief marketing officer for Jennings health facilities.

Brazytis believes that's where the mix-up took place. She wishes the governor's office would have been more forthcoming before releasing the list publicly.

"In this particular instance, it would have been great to have the same level of communication that he's had with us on other things," she said. "This is just one of those opportunities that I think we’re all going to learn from."

Other facilities weren't as cordial, such as O'Neill Healthcare's director of operations, who said in a statement, "Governor Mike DeWine got it wrong... When Governor DeWine announced the State Vaccine Maintenance program, all six of our facilities joined. Some are already administering vaccines through this program."

A review by 3News Investigates also found at least one facility listed was now permanently closed. None of this was news to Pete Van Runkle, who heads the Ohio Health Care Association that represents more than 1,000 long-term care facilities in the state

"The bottom line was that not everybody filled it out and then there were some folks that tried to fill it out, thought they had, and maybe it didn't go through or got lost," he said. "There were a lot of stories. We've heard a lot of stories in the last several days."

"The list issued last week was to inform the public that we had not received information that was repeatedly asked for by the administration. That is not to say that providers did not have a plan to continue vaccination of staff and residents, but rather we did not receive word from them after multiple attempts that they were, in fact, compliant. Every facility on our list regarding maintenance vaccines has been on there accurately/justifiably. Facilities have been in communication with us since last week and we appreciate their diligence in sharing with us the appropriate information."

However, upon checking the list before news time, over 100 facilities - including the ones 3News talked with - had since been removed. We're also told the governor will be providing an update on this issue later this week.