Richard Rose was 37 when he died three days after testing positive for the virus. No autopsy, blood work performed, per coroner order 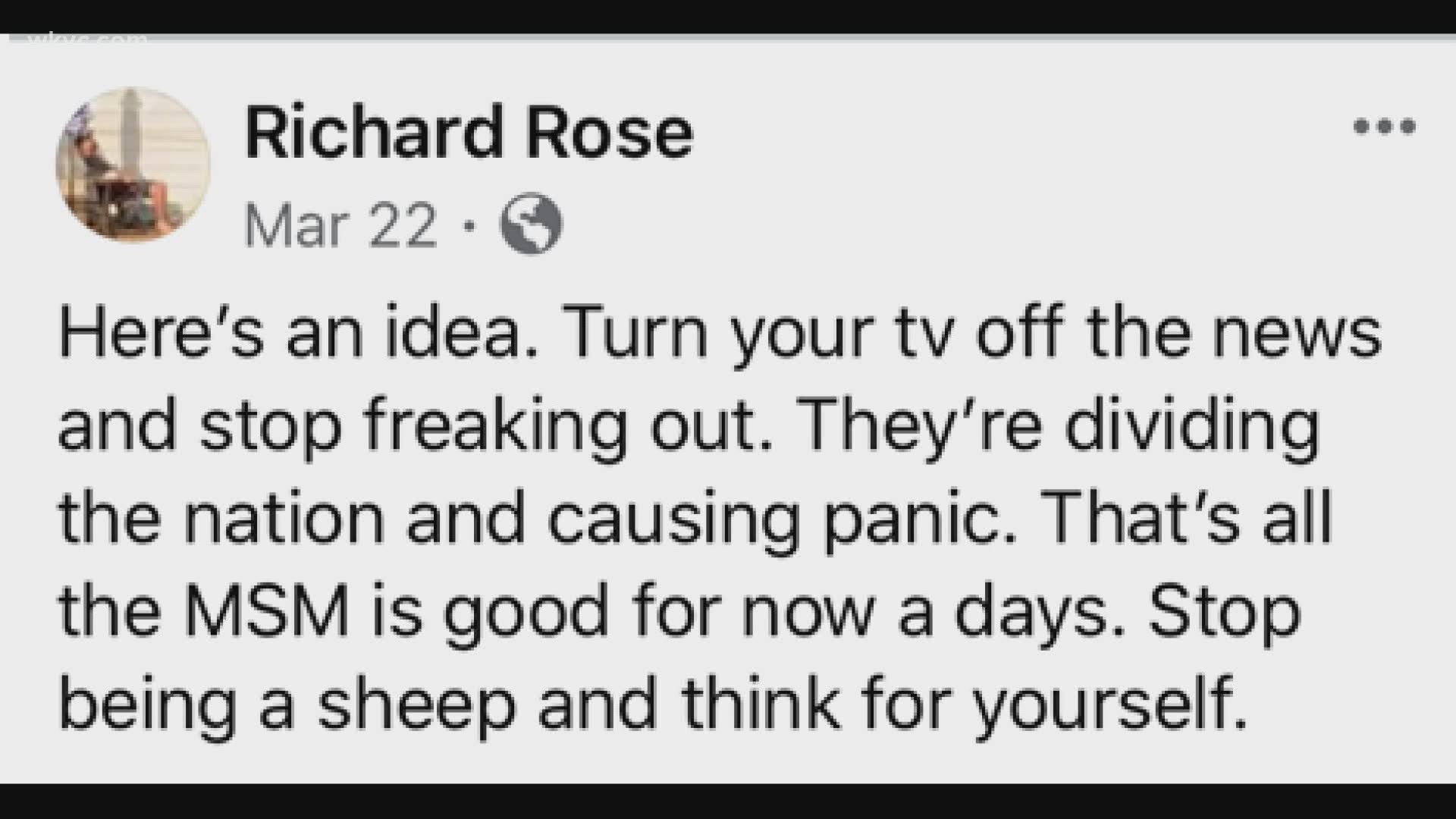 PORT CLINTON, Ohio — The body of a 37-year-old Port Clinton man, whose disdain for wearing masks made national news after he died of the COVID-19 virus, was never examined by the county coroner, reports show.

Ottawa County Coroner Dr. Daniel Cadigan ruled Richard Rose’s death on July 4 was caused by the coronavirus, but records appear to indicate he did so without an autopsy or other independent testing.

Rose was found dead in his apartment less than 72 hours after testing positive for the virus at an urgent center.

Despite the rapid death, and the fact that few people Rose’s age die from the virus, there was no autopsy nor any toxicology tests performed, reports obtained by 3News Investigates show.

There is no indication that the coroner or his staff ever viewed Rose's body before making the medical finding.

While there were no obvious signs of foul play, Rose’s sudden death and the lack of testing still raises questions to his friends.

“I don’t get it,” said Beth Dikowicz, a friend of Rose. “ Why not do anything to find out and make sure it was nothing else? I think they should’ve at the very least, did a blood test. At the most, do the autopsy.”

On his report, Cadigan wrote: “Autopsy not performed as [it] would not alter cause of death.  In the event that a cardiac, cerebrovascular, peripheral vascular or other cause was found at time of autopsy than [sic] the cause of death would still be COVID-19 as it could cause all of these events and there was no history of any disease or symptomatolgy (sic) prior to this.”

Cadigan noted that Rose, who was not married, was overweight but “had no prior medical history other than post-traumatic stress disorder from military service [and he] had not seen a doctor in quite some time.”

Rose, who grew up in the Lake Erie town, served nine years in the U.S. Army, including two tours in Iraq and Afghanistan.

Records show Rose was seen by a medical professional on July 1 at an unidentified “urgent center” presumably near his home. He told a friend he woke up feeling ill that day and had many COVID-19 symptoms, except a fever.

Former girlfriend Adrienne Padich said she spoke with Rose while he was awaiting test results.

“He said he was feeling like crap,” she said. “He’s like, it’s hard to breathe, it’s uncomfortable.”

During the next two days, Rose complained of breathing issues in a post to Facebook. He told friends he was only given an inhaler to treat the virus. He apparently never sought further treatment.

By 9:30 a.m. on July 4, family members went to his apartment, concerned for his well-being. Ottawa County sheriff’s deputies along with Rose’s mother and step-father found him laying facedown on the floor.

Port Clinton police officers, who also responded with an EMS crew, were told by family members of Rose’s COVID-19 diagnosis. Authorities then contacted the coroner’s office about what steps to take.

According to the police report: “The coroner was contacted and spoke to [EMS] personal and he advised he would be in contact with Neidecker LeVeck Crosser Funeral Home and the body could be released to them. Shortly after [funeral home workers] showed up and the body was released to them as directed by the Coroner.”

Cadigan refused several requests to comment on the death. However, 3News Investigates talked to several officers and investigators outside Ottawa County, who spoke on the condition of anonymity about what protocols they follow in similar COVID-related deaths.

All said they would perform toxicology tests or even an autopsy, due to Rose's age and sudden death.

After his death, people from across the world posted negative comments on Rose’s page, noting his refusal to wear a mask in April and his subsequent death. News agencies also made note of the death.

Rose’s family could not be reached. But Padich and Dikowicz each said they believe authorities could’ve done more to confirm Rose’s diagnosis and cause of death.

“It’s a little shocking they just picked him up and took him away and everything,” Padich said, adding that any such decision should be made by Rose’s family.

Others were dismayed at the lack of any further investigation.

“I’m actually very shocked that they didn’t [do more],” Dikowicz said. “He could’ve had a heart attack, he could’ve had this, we don’t know because they just sent him to the funeral home… you need to find out if anything else that happened.”

Rose’s death caused wide-spread news stories and social media comments, most taking jabs at the military vet for his April 28 post on Facebook where he wrote: “Let’s make this clear. I’m not buying an [expletive] mask. I’ve made it this far by not buying into that damn hype.”

He posted on July 1 that he had been “very sick the past fews days. Symptoms of COVID-19….This morning I finally got swabbed…”

A few hours later, he posted: “…I just tested positive for COVID-19.”

Records obtained by 3News do not identify what facility Rose used to obtain the results so quickly.

Cadigan only wrote in an email to 3News that Rose “…did not have a regular physician. He was seen by a mid-level provider in urgent care and tested positive.”

An urgent care facility nearest his home said it provides test results in about five days. Friends were unsure what facility Rose used.

Friends say they were troubled by the onslaught, sometimes vulgar comments, from strangers seeking to mock Rose’s one-time anti-mask post. Few noticed the sympathy and concern he posted when a family member became ill with COVID-19.

“He’s not some heartless person people are making him out to be,” Padich said. 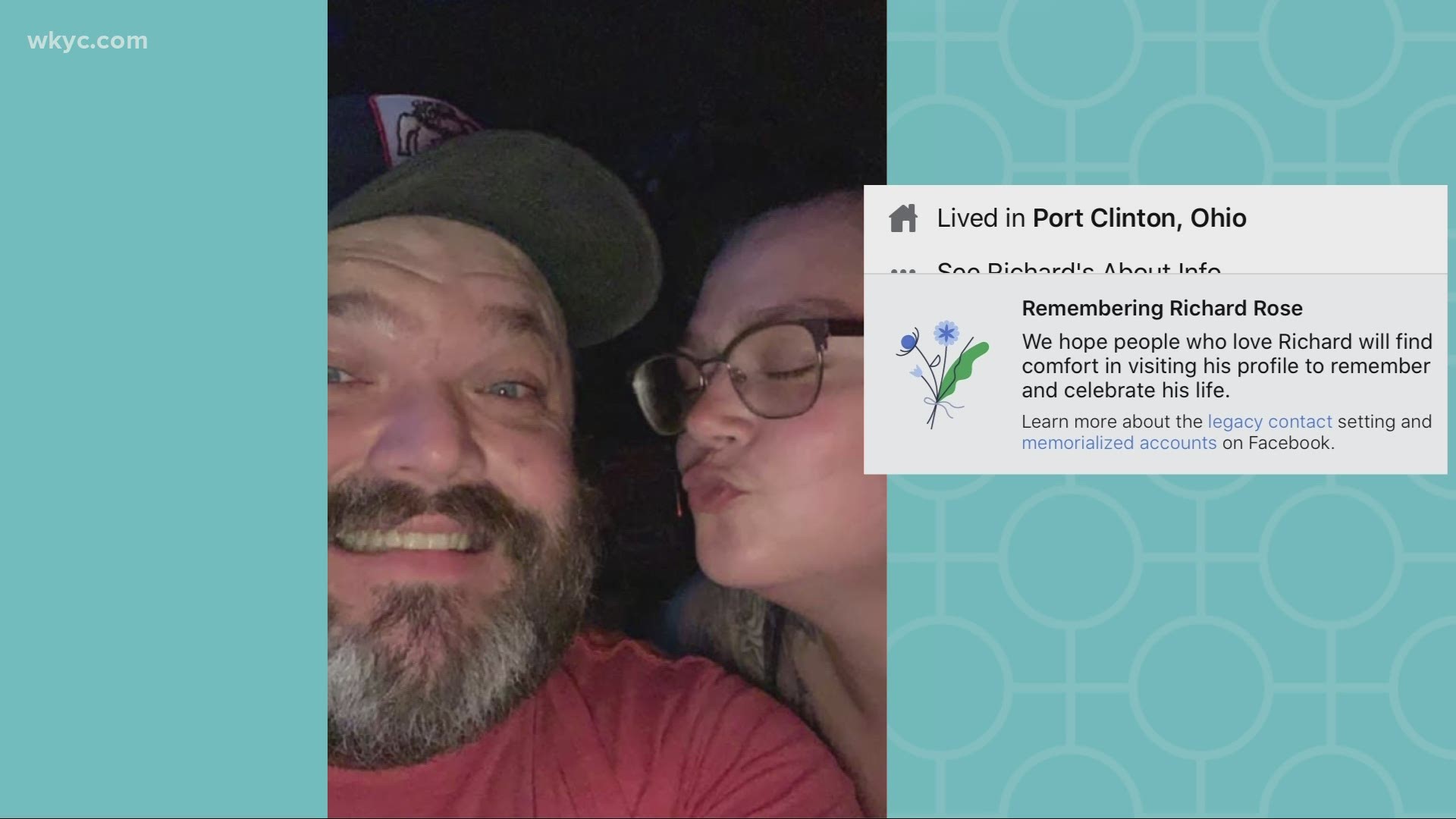