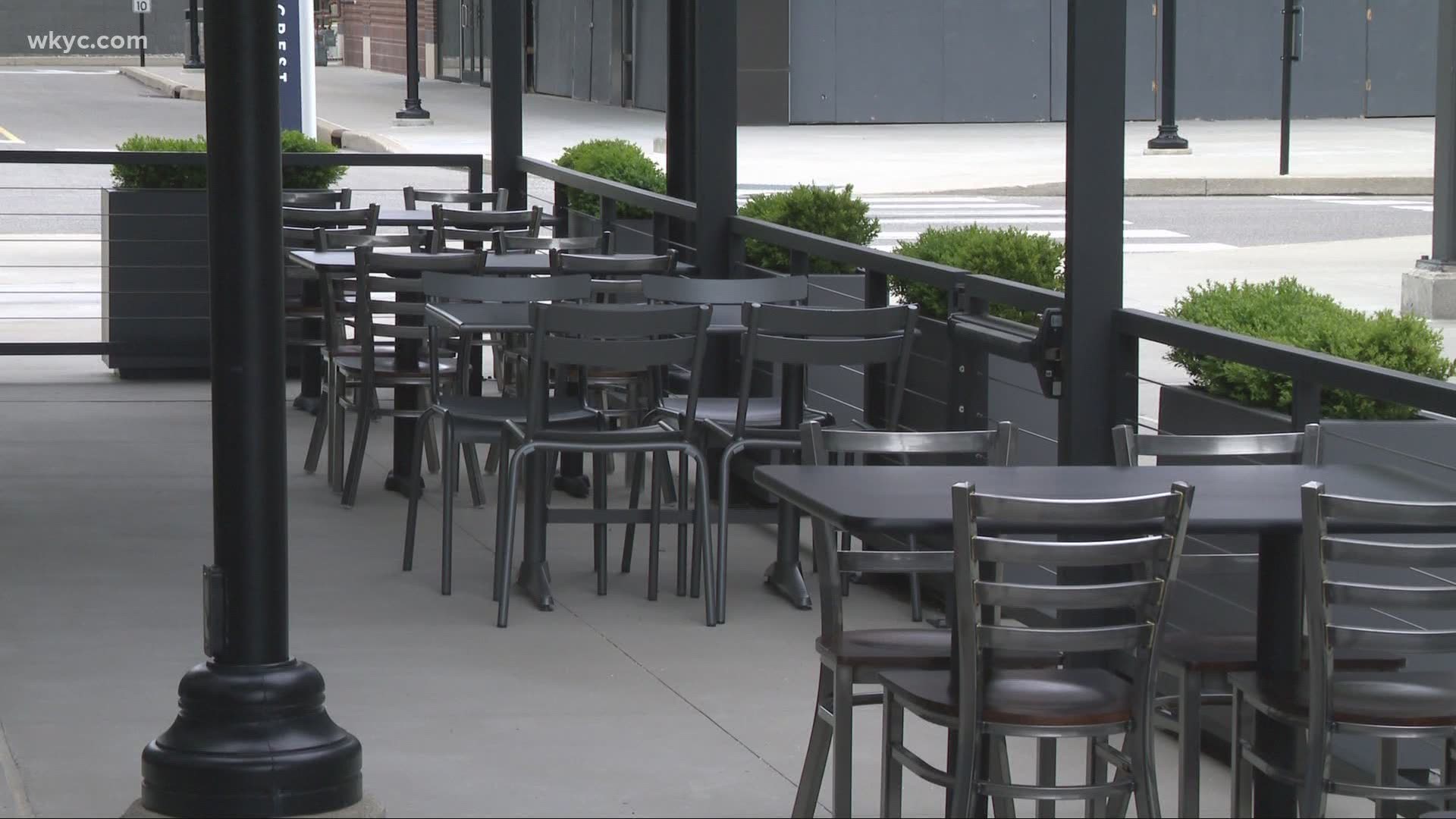 ORANGE, Ohio — Restaurants attempting to reopen amid the COVID-19 pandemic are finding a different type of challenge: convincing workers to return to a job that pays less than the unemployment benefits paid by the government.

It’s a dilemma across the nation and right here in Northeast Ohio.

“It’s disheartening to have to compete with unemployment,” said Gretchen Garofoli, who owns Oak and Embers in the Pinecrest shopping district in Orange Village.

More than 1.2 million Ohioans have filed for unemployment since the outbreaks and government-forced shutdown began in mid-March.

Over 38 million have filed nationwide. The sudden closures have caused thousands of small businesses to shutter forever. To help, Congress passed the Care Act, which included a $600 weekly bonus to unemployed workers.

When coupled with state benefits, a study by the University of Chicago found that 68 percent of workers earned more through unemployment benefits. The same study found that one in five workers saw their income double with the government aid.

“Those that qualify for unemployment were worried if they’d make as much money working as they were getting unemployment, so we’ve had a few people who decided not to come back,” Garofoli said.

States are now requiring workers and employers to report instances where workers are declining to resume their jobs. And the federal unemployment bonus is expected to end July 31.

Roger Geiger with the National Federation of Independent Business, a non-profit organization designed to represent smack businesses, said the unintended rise in pay has not gone unnoticed.

“It did create this perverse incentive for people not to return to work because they’re making more money by being on unemployment,” he said.

He also warned workers that those benefits could be end.

“You could find yourself quickly having all of your unemployment benefits cut off if you refuse a legitimate job offer,” he said.

RELATED: US consumer spending sinks by record 13.6% in face of virus

RELATED: Debate in Congress over $600 jobless aid to intensify as claims rise