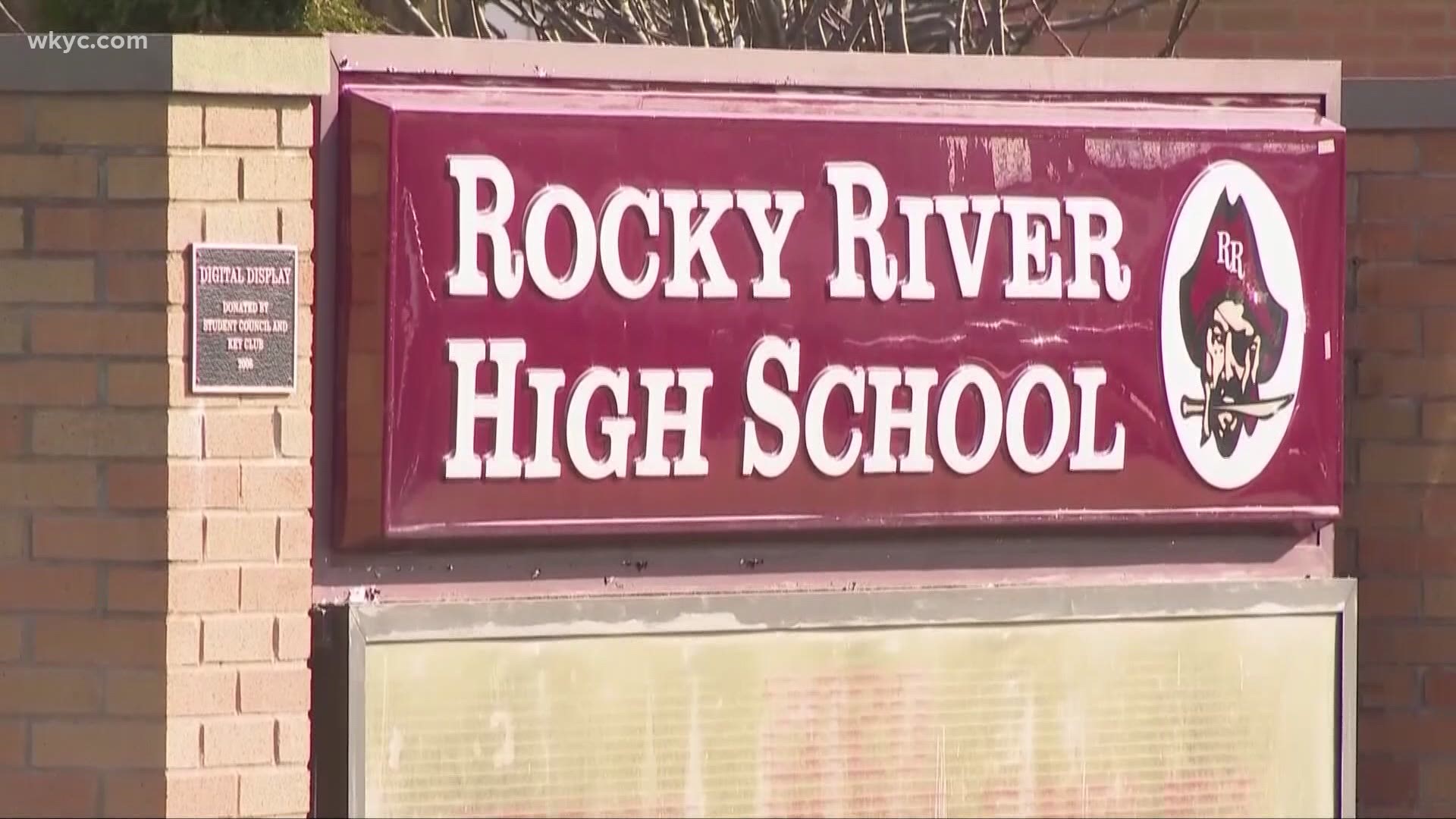 ROCKY RIVER, Ohio — Rocky River City Schools has notified the Ohio Department of Education in the wake of its investigation into inappropriate actions of six now-former high school teachers.

The letters sent to the state were part of a massive release of public records Wednesday by the district in the aftermath of their investigation.

Five teachers resigned and another retired after the investigation, which failed to find any criminal conduct against the all six men.

The letters sent to the state dispel concerns in the community that the five teachers would not face any state investigation and could ultimately teach elsewhere.

The state investigation could lead to suspensions or revocation of the teachers' licenses.

The scandal began last month when a Google Classroom video was discovered in which two teachers were heard discussing a text supposedly sent to a group of male-only teachers in which one teacher bragged of possessing a photo of a female student’s genitalia.

“I’m not more than a pervert, but I won’t go there, I can tell you that,” said one of the teachers.

The teachers could be heard making other inappropriate sexual comments of some female students.

In the video, one teacher calls a student “hot smoking” and “really crazy together” while also disparaging the teacher who initiated the text.

A police investigation failed to bring charges and the picture the teacher bragged of possessing did not exist.

Also included in the documents released Wednesday are new details from a former student who says a math teacher made inappropriate comments and physical contact with her.

“I didn’t want to say anything for quite a long time but I figure after all this came up…I don’t know if things happened to other students and I want other people to be protected,” the female graduate told school officials during a recorded statement.

The woman said the math teacher called her “sexy” during a demonstration of a mathematical equation during her junior year.

“He said it was like, sexy, and he kept saying it” in front of the class, the woman said in her statement. “I kind of blocked that out of my brain for a while.”

She also said that as a senior, the teacher hugged her and kissed her cheek after she gave him a “thank you” card. The same teacher also once boasted of being a virgin until he married.

“Obviously, I’m kind of concerned something may have happened to you and I’d love to hear what you have to say so I can attempt to handle it,” Principal Rob Winton told the student, who is now in college.

She replied: “What happened to me, it was definitely inappropriate. I would not say it scarred me. It definitely would have the potential to make other students uncomfortable.”

Editor's Note: The below video is from a previous story