Many cases are unraveling, while others accused remain imprisoned. 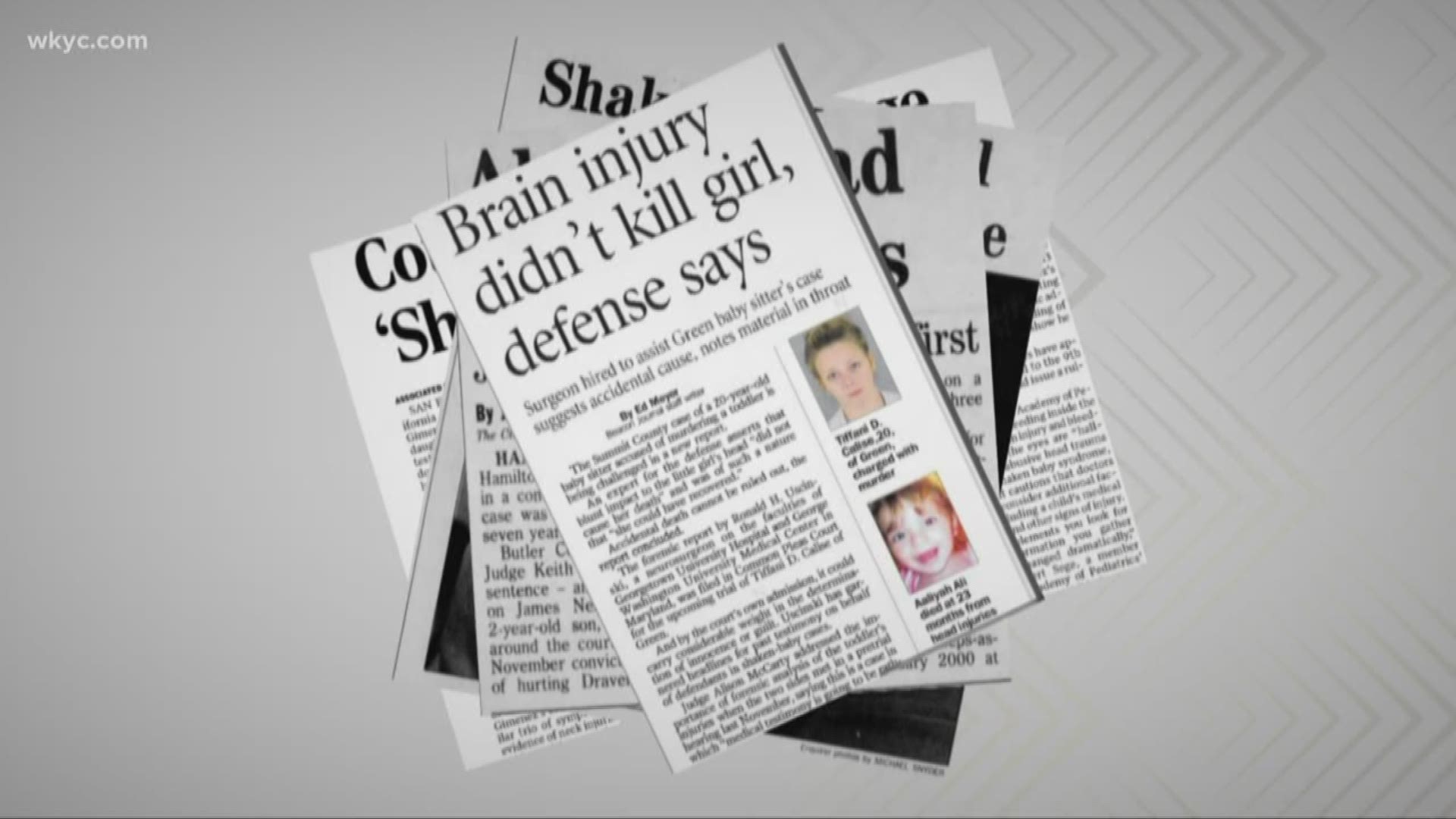 AKRON, Ohio — When Dan and Lee-Ann Dunkle look at their daughter, they see a soaring athletic teen, an honor roll scholar.

They certainly don’t see a victim of shaken baby syndrome.

But once upon a time, that's all doctors saw.

Turns out, those doctors were dead wrong.

Despite the passing years, the sting of that failed diagnosis isn't soothed.
Instead, tearful memories flood a mother's thoughts.

"I couldn't take my kid home. They said I would be arrested if I did. And that's when we were like, wait a minute, what's going on here."

The Dunkles were at Akron Children's Hospital, where renowned pediatric doctor Daryl Steiner was uncovering case after case of shaken baby syndrome.

Reached by phone, Dr. Steiner told 3News Investigates: “I’m retired and I’ve forgotten everything prior to 2016.”

Today, shaken baby syndrome and abusive head trauma is a hotly debated diagnosis, both in the medical and the legal communities.

More than 200 criminal cases are unraveling across the nation since 2001, according to an extensive study by the Washington Post and journalism students at Northwestern University.

Over 1,600 cases, however, were left intact, leaving others to make pleas of innocence from behind bars.

"There are definitely people serving long sentences, life sentences, for what I believe is bad science and bad medicine,” said Akron attorney Andrea Whitaker, who has defended about 10 shaken baby cases, including the Dunkles.

"There's no question in my mind that there are innocent people in prison from the misdiagnosis.”

Afterward, the diagnosis of cases exploded, most notably around Akron, ranking the area third in the entire nation. Much of the credit went to Dr. Steiner, who gained national fame as an expert of shaken baby.

One doctor testified in a hearing that Steiner became “cavalier” in his shaken baby work.

Steiner espoused a triad theory when looking for signs of abuse: Bleeding in the brain and behind the eyes, and swelling of the brain.

Critics contend that when Steiner spotted the three symptoms, he immediately concluded the baby was shaken. To answer the critics, abusive head trauma was added to the diagnosis.

In recent years, however, the science is shifting. Some doctors have recanted their original findings. Others are recognizing other causes, such as simple falls or damage done to a child’s skull during birth. Studies show about 25 percent of births result in head trauma.

Calise, 29, was convicted in the 2010 death of a 2-year-old toddler she was babysitting at a Green condo. Calise contends the girl slipped and fell in the bathtub

Mills, 69, was convicted in the 2006 death of a 2-year-old boy, who she said fell down several stairs at her home in New Philadelphia.

Attorneys say there are others across the country who are wrongly convicted.

"There are dozens of people in ohio who have been wrongly convicted of abuse based on the shaken baby hypothesis,” Caster said. "These are men and women who have been separated from their families for decades because of false claims by science.”

The Dunkles came close to being one such family.

In 2006, they lost custody of their newborn. The separation lasted four months.

It began when the infant girl fell three feet from a table. To be safe, the Wadsworth couple took her to children's hospital.

"It was a very bad decision for us on our part,” Lee-Ann Dunkle said.

At the hospital. baby Rachel was examined by Dr. Steiner, who quickly rendered a startling diagnosis: Rachel was another victim of shaken baby syndrome.

The Dunkles were told Rachel's future brain development was forever altered by this physical abuse.

"I thought they got it, it was mix up, it was a mistake, there's no way she was shaken," Lee-Ann Dunkle said.

Nonetheless, the diagnosis set in motion a series of events.

Step one: baby Rachel was taken away by children services. It happened when the Dunkles met with police, leaving their daughter at the hospital with her grandmother.

"I was on the phone with mom when it happened. and I told her, I said you have to let her go,” Lee-Ann Dunkle recalled.

What followed was months of costly and contentious court hearings and competing medical opinions.

"I get goose bumps thinking about it,” said Whitaker, who got the call from the Medina judge’s staff. She then called the Dunkles with the news.

But there was nothing else... not even an apology.

"It's like it happened for no reason,” she said.

Their ordeal is why the Dunkles want to tell their story about shaken baby syndrome. To help others wrongly accused.

“'I just never knew how easy it was for someone to take your child from you…one doctor that we never knew, never met, knew nothing about him, said she an abused child and that was it.”