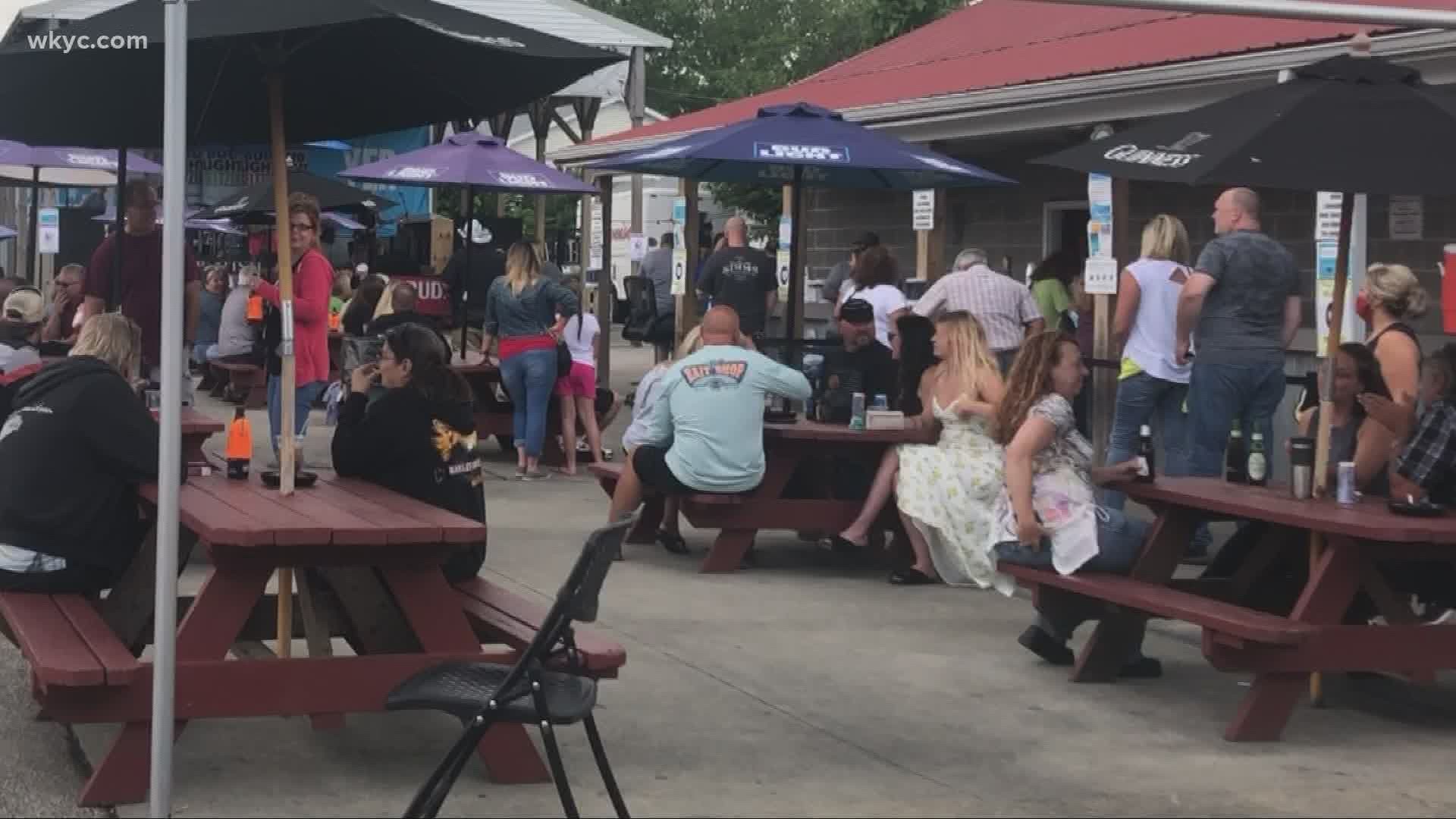 This as state and national officials warn our actions this holiday weekend will have a direct impact on potential spikes in COVID-19 cases moving forward. With the country music humming and the drinks flowing, on a Saturday evening at Geneva-on-the-Lake, you might forget you’re in the middle of a pandemic. 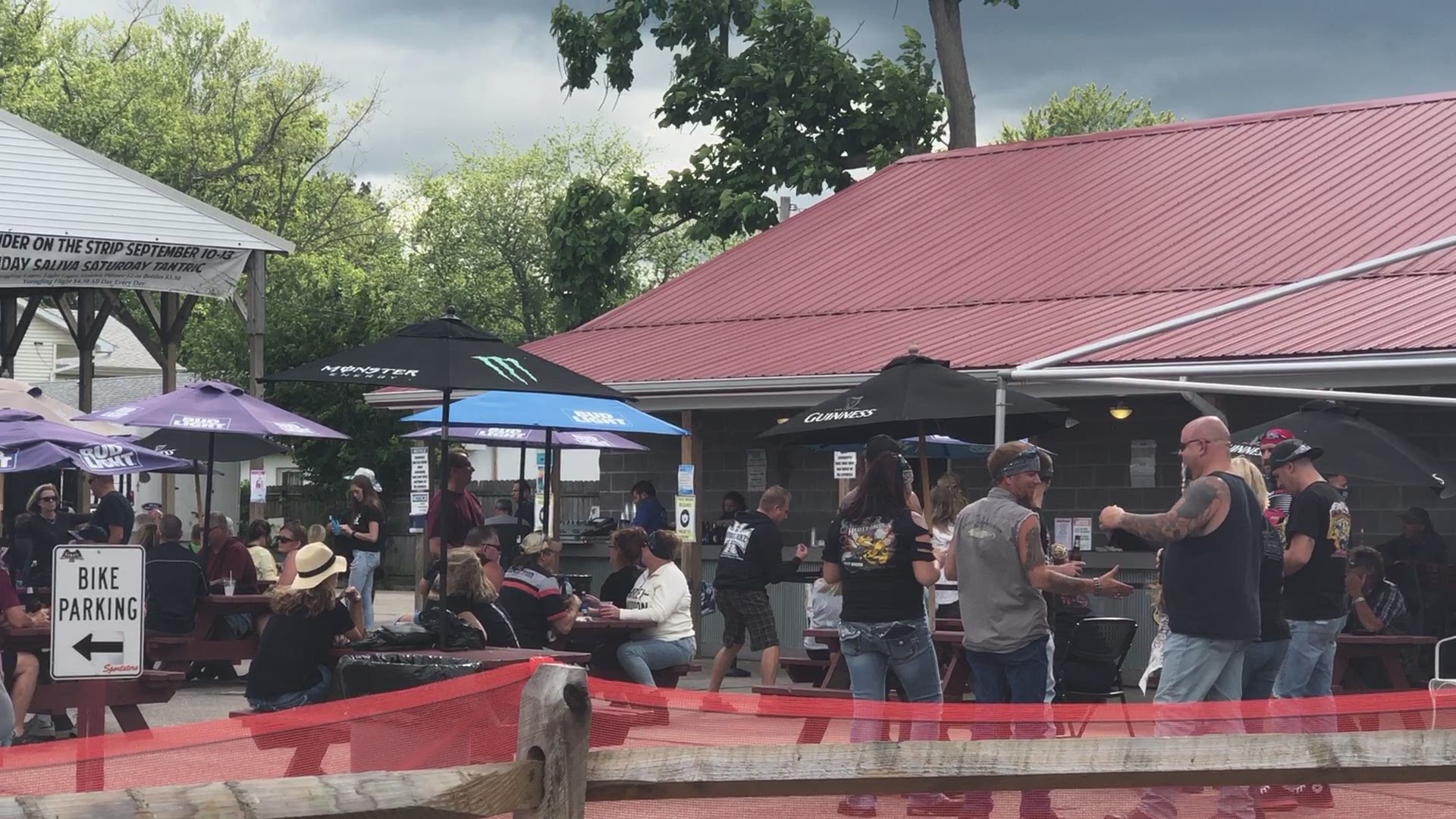 At this bar, signage says ‘Face masks are required prior to entry’ but it doesn’t look like the folks just beyond the entrance, got the memo. 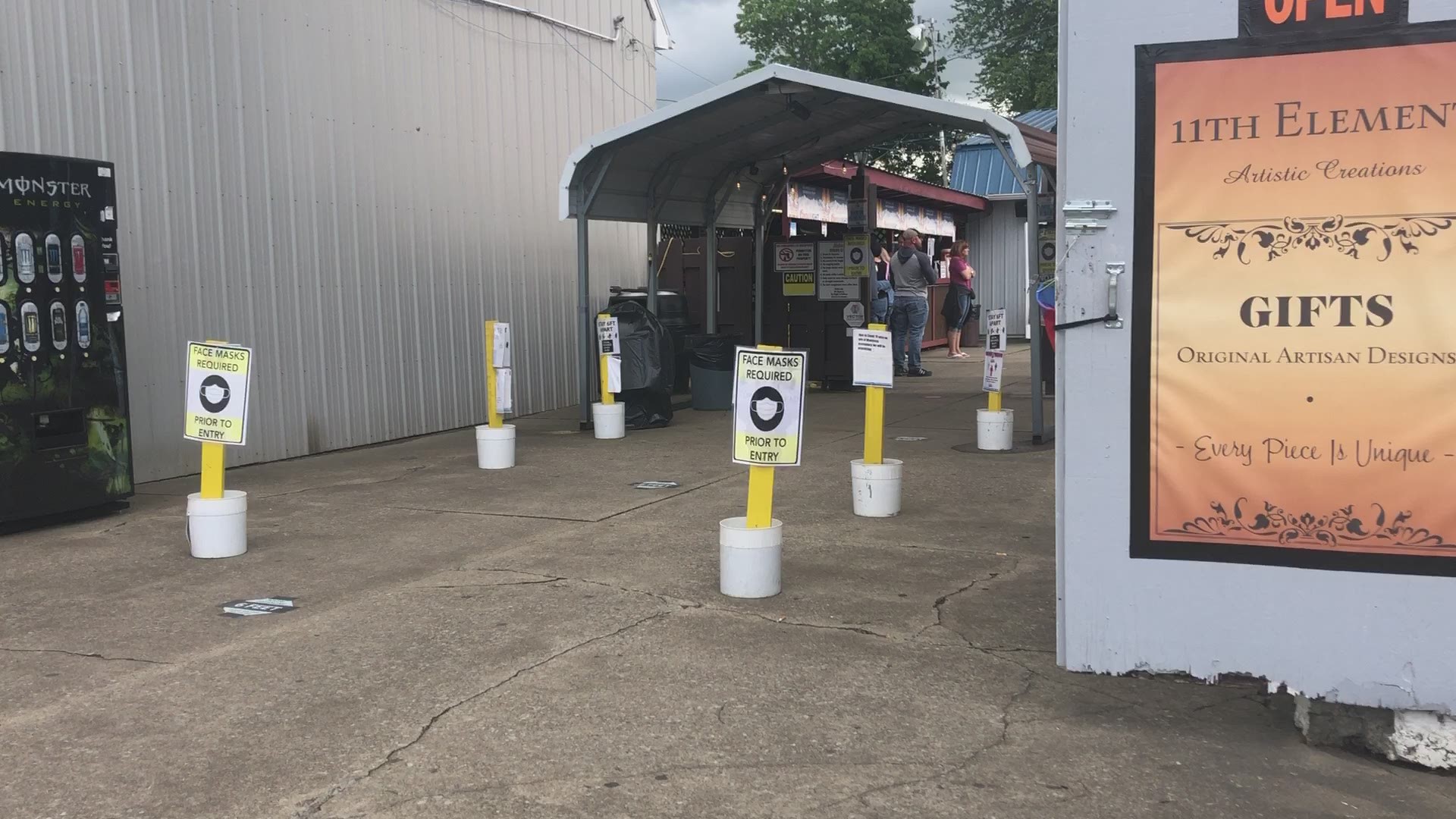 At another bar, people stand shoulder to shoulder, no masks in site. 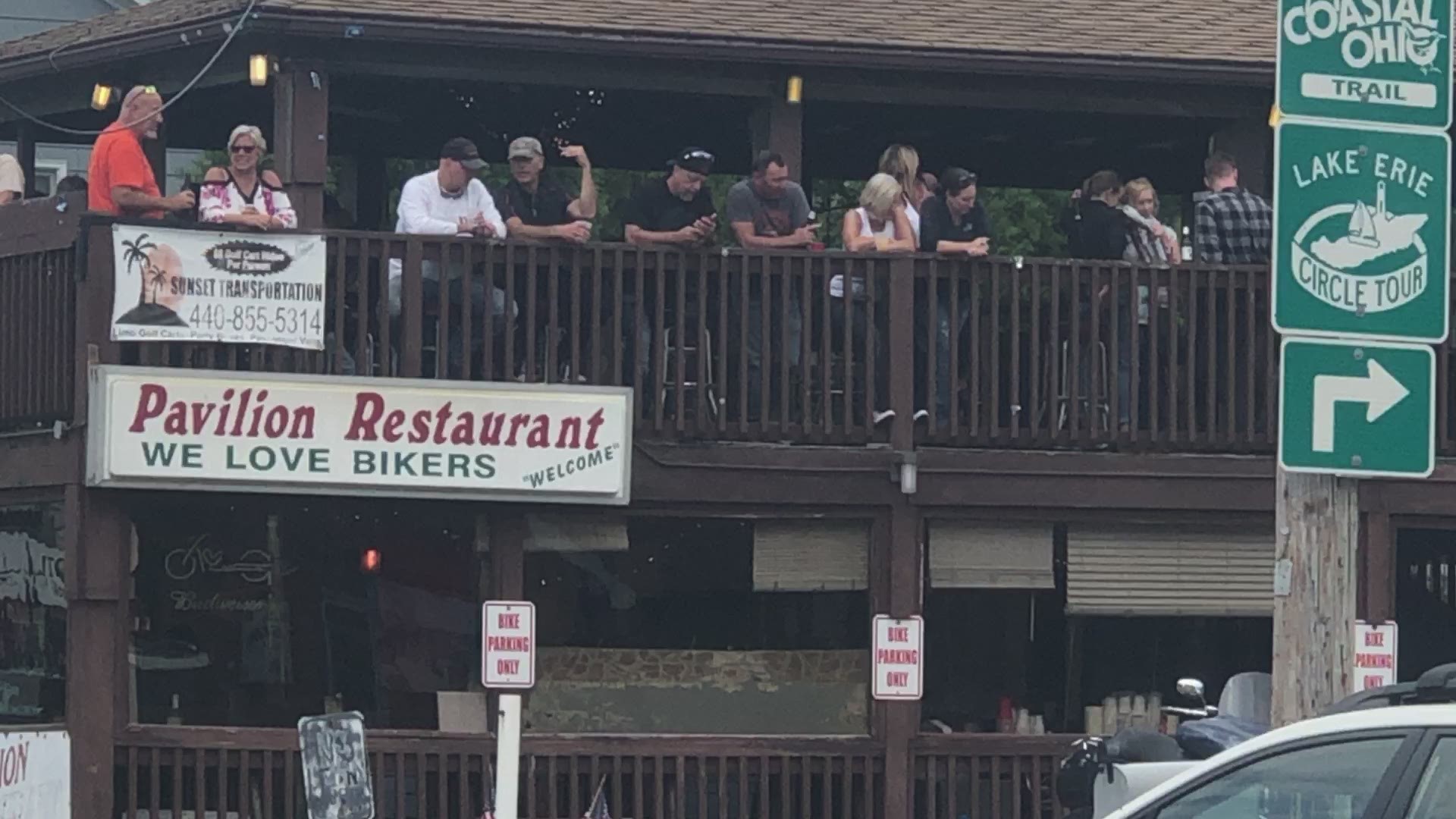 "Oh yeah, t's like that on the weekend, every weekend," he said. "We don't come out here on Fridays or Saturdays. We’re not comfortable with it."

Gov. Mike DeWine’s statewide mask mandate requires Ohioans to wear face coverings in public anytime they are outdoors but unable to maintain six-foot social distance from people who are not members of their household. 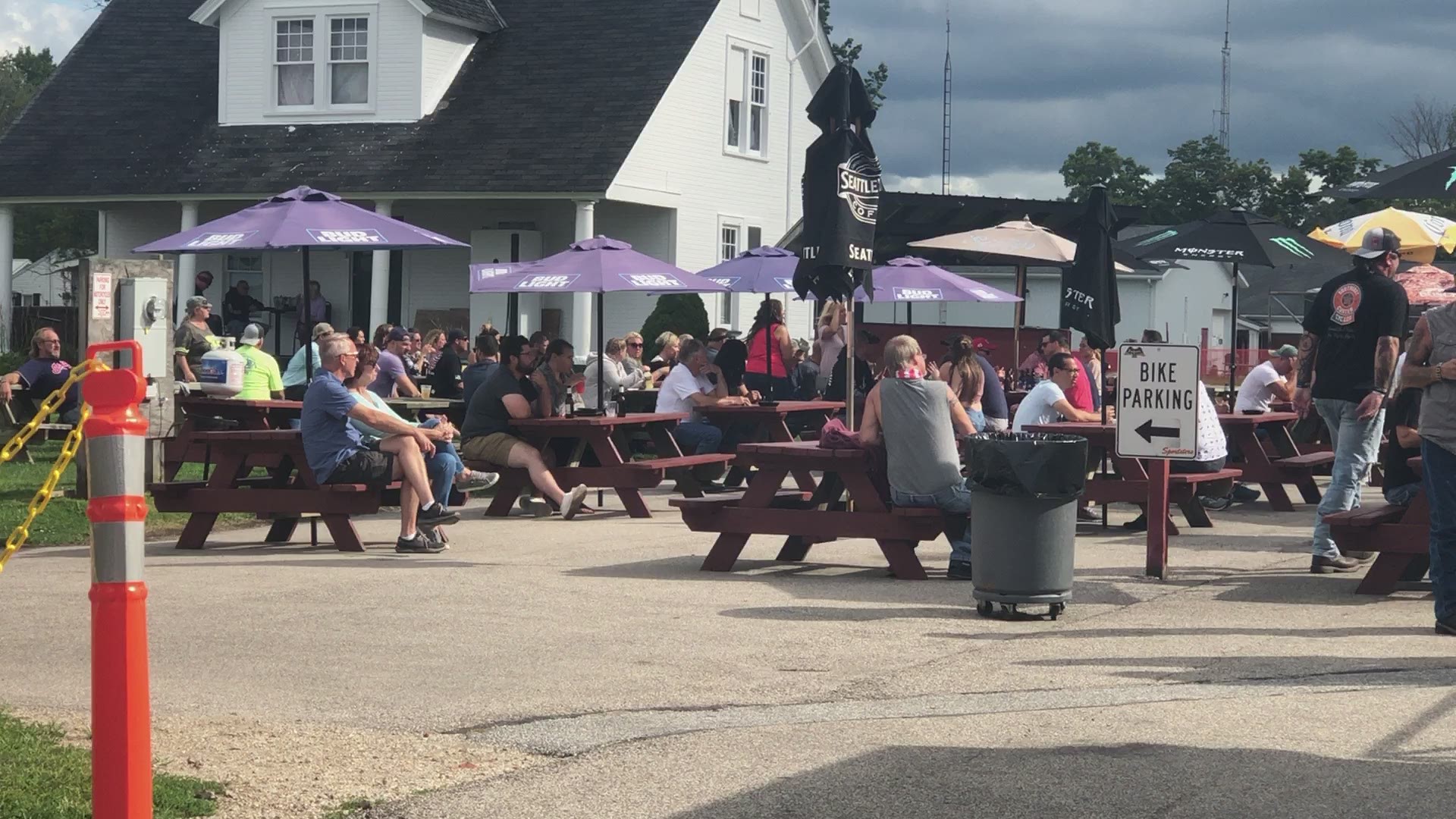 "I've seen that many times," Jim Davis said. "This place gets real crowded."

3News Investigates showed our videos to some folks passing by.

"Too close, too close and out of all those guys, I bet one of them got a high fever," Davis speculated.

But not everyone felt the same way.

That woman went on to clarify that she will wear a mask in the grocery store – but she did not see a problem with the video we captured over the weekend. Neither, it appears, did Geneva-on-the-Lake Mayor Dwayne Bennett, who has yet to respond to my several calls and emails.

"The Ashtabula County Health Department has also appealed to the GOTL mayor to enforce the mask and social distancing requirements of the governors and Ohio Department of Health Directors order under revised code section 3701.56. Ohio Revised Code 3701.56 states in part that boards of health, police officers, sheriffs and constables shall enforce quarantine and isolation orders."

Saporito went on to say that the health department has investigated a number of complaints at Geneva-on-the-Lake, saying in part:

"Due to density and the limited size of GOTL, social distancing and face mask usage will continue to be ongoing challenges at GOTL. Issues such as these also affect other popular summer tourist destinations in Ohio. The State of Ohio will need to develop a better plan to assist local communities to deal with these issues. Without more resources that are needed to effectively address these issues, these problems will continue."

Meanwhile, the Ohio Investigative Unit (OIU), a component of the Ohio State Highway Patrol, says its agents are taking action.

"Our agents have the ability to issue warnings for minor infractions, and, if they observe egregious violations of orders, they will issue an administrative citation against the liquor permit," OIU Commander Eric Wolf declared. "Most locations are complying. However, there are a few problem spots that continually come up on our radar."

So far, OIU has issued 146 citations to Ohio establishments for not complying with health orders like social distancing or serving alcohol after the 10 p.m. curfew put in place by DeWine.

“Everything we’re doing is try to provide a safe environment for business owners so they can open back up to allow individuals to return safely to their businesses and, at the same time, not create a spike in illnesses across Ohio," Wolf explained.

Of those 146 citations, only one has taken place at Geneva-on-the-Lake, while 15 of them have taken place in Cleveland, eight in Akron, and seven in Put-in-Bay. Read through the full list of citations below: