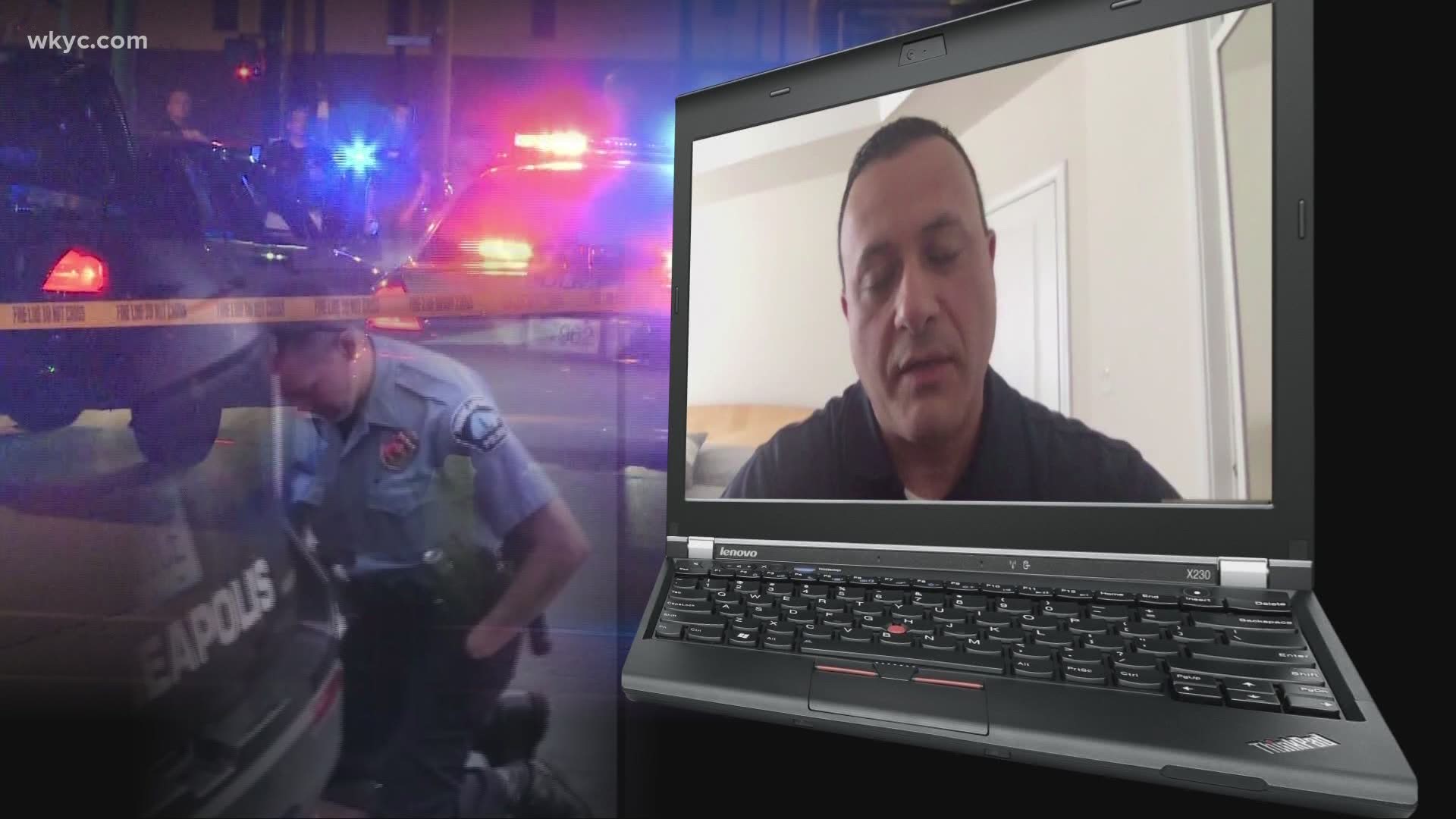 CLEVELAND — A question being asked around the country tonight: Would better training prevent cases of excessive use of force?

In the widely circulated cell phone video, George Floyd, who was black, can be seen on the ground. His hands are cuffed behind his back while a white officer presses him to the pavement, his knee on Floyd’s neck.

“Even a 7-year-old would understand that restricting someone's airway could more than likely cause serious bodily harm or death,” said retired Detective Sgt. Edwin Pantoja, a 27-year veteran of law enforcement and a training instructor, condemning how officers handled the arrest. “This individual, may he rest in peace, was already handcuffed and there was three of them on top of him. With that particular situation or that type of technique, there is really no need whatsoever for you to be on that person's neck.”

To many, those deaths symbolize racism and indifference.

“There's a race problem in America today. It's real. My clients are mostly black. People that are suffering in this contest between the power of the police and the power of the citizens are the black folks,” said attorney Robert DiCello, of DiCello Levitt Gutzler.

Experts say much of what is happening is the result of inadequate police training.

To become a barber in Ohio, you must complete 1800 hours of training.

To become a police officer in Ohio,  you must complete 600 hours of training.

The disparity strikes some as ineffective.

In recent years, police have been under intense scrutiny, especially in their use of force and restraints.

Pantoja says a properly trained officer will know how to end the fight before it begins.

“The training has to be continuous. I learned how to communicate. That was my first tool. Any great police officer has gotta learn to communicate,” said Pantoja. “There's all sorts of training methods that can be used to avoid those types of situations – not the one we just saw because again you don't need training for that one – but for the most part, that can avoid so many of these situations we face.”

Beyond training, departments must foster a culture to ensure these policies are followed.

“It's all about the enforcement. If there is no penalty for breaching the rule then the rule doesn't matter. And it never did,” said DiCello.

Deadly encounters like we saw in Minneapolis prompted a Department of Justice investigation of Cleveland Police which uncovered decades of abuse.

For the past five years, the city has worked toward change, under a consent decree that established greater oversight.