Advanced Sciences Worldwide said in an email that they never had any partnership with Bishop Sycamore High School. 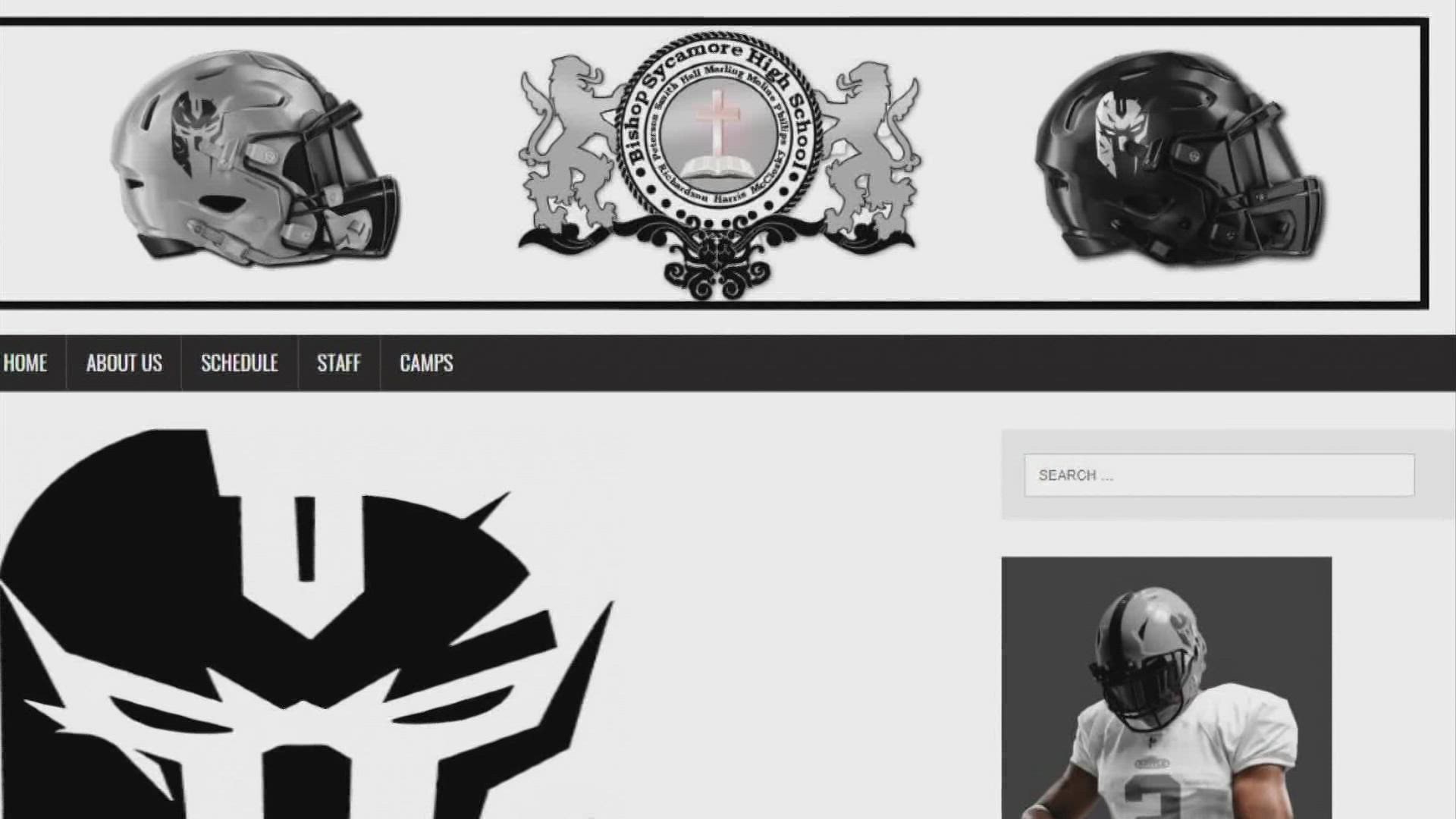 COLUMBUS, Ohio — In documents filed with the Ohio Department of Education last year, Bishop Sycamore said its partnership with Advancing Sciences Worldwide and the ISE Foundation would make it “one of the best academic institutions in the country.”

Now there are more mounting questions about if it is a legitimate academic institution.

In an email to 10 Investigates, the president of ASW said: “We never had any partnership with a school called Bishop Sycamore and we never provided them any educational materials…”

It’s a figure that Bishop Sycamore founder Andre Peterson disputed during an interview with 10 Investigates on Wednesday.

He said there were more than that.

Peterson told me he planned to use online learning services from Accel this year. A message was left with Accel Thursday through its website.

Questions about the school’s legitimacy boiled over into a national conversation after this past weekend’s lopsided loss during a nationally -televised football game that aired on ESPN.

Commentators for the sports network not only questioned the roster of athletes but how the school was booked to play a game against IMG Academy – a highly-ranked football program.

Peterson says they were paid to play by a promoter but declined to say how much citing a confidentiality agreement. 10 Investigates reached out that promoter seeking comment but have not heard back.

While the school’s football prowess was questioned, so too was the existence of an actual school.

State records show an athletic practice complex near Easton, a library at Franklin University are both listed as the school’s address. Neither one is true.

The school’s foundation is registered to Andre Peterson’s home.

Peterson said the school is largely funded through private donations along with money he and his wife have invested into the school.

When asked how he would respond to people who questioned the legitimacy of the program, he said:

“That they’re wrong…. because I believe that we’ve done what we needed to do as far as making sure that these young men are educated,” Peterson said.

A call and message placed Thursday to Peterson’s cell phone was not returned before news time.

“This was never about anything financial for us. We spent far more money, we spent a lot of money and never received anything in return. It wasn’t about the money it was about helping these young men,” he said during an interview with 10 Investigates.

But money has been a problem.

Peterson confirmed that Bishop Sycamore emerged out of the ashes of another school, Christians of Faith Academy.

Online court records show the now-former Bishop Sycamore coach Roy Johnson Jr. was sued in Delaware County over $110,000 in unpaid hotel fees where players were temporarily living. That case was dismissed after Johnson couldn’t be served.

A separate lawsuit in Franklin County alleged Johnson and another man took out a $100,000 loan with First Merchant Bank claiming a connection to an AME Church on Jefferson Ave. A judge issued a summary judgment in favor of the bank – saying they were never repaid.

The team was also hit with an eviction notice in 2019 from the Griff apartment complex near Ohio State’s campus, court records show.

An attorney representing the team later filed a small claims court filing against Peterson asking to be paid his attorney’s fees.

This week, we also learned from a Canton Police report that bad checks were written at a Fairfield Inn from this weekend’s game.

When 10 Investigates questioned Peterson about this, he said he couldn’t say because the rooms were being paid for by a donor.

“It’s not a moneymaker at all. I haven’t received a check from Bishop Sycamore,” Peterson said.

Governor Mike DeWine has asked the Ohio Department of Education to investigate the school.

10 Investigates asked for an interview with ODE to question them about what oversight – if any – it has over non-chartered, non-tax supported private schools and if more needs to be done to vet the schools and ensure they actually are doing what they claim on paper.

A spokeswoman declined our interview request and provide this statement:

“The Department shares Governor DeWine’s concerns about recent allegations surrounding Bishop Sycamore, and we’re committed to looking into this matter further consistent with the Governor’s request. While the school previously had been listed as a non-chartered, non-tax supported school for the 2020-2021 school year, no information has been filed with the Department regarding this organization for the 2021-2022 school year. We intend to work to ensure Ohio’s laws are being followed and, most importantly, students are getting the quality education they need and deserve.”

Rep. Mary Lightbody, D- Westerville, said there may be a need for an administrative code fix to ensure that ODE can have the oversight to ensure that schools like this are doing what they claim they’re doing – but she said – she wants to hold off on any legislative involvement until after ODE completes its investigation.

“Given that (students) don’t seem to being educated, there’s no attendance reports kept, no teachers who were on staff – don’t know how it can be found to be a proper school,” she said.