An audit obtained by 3News says BioEnterprise tried to get reimbursed from two taxpayer-supported entities for salaries and expenses, including public relations. 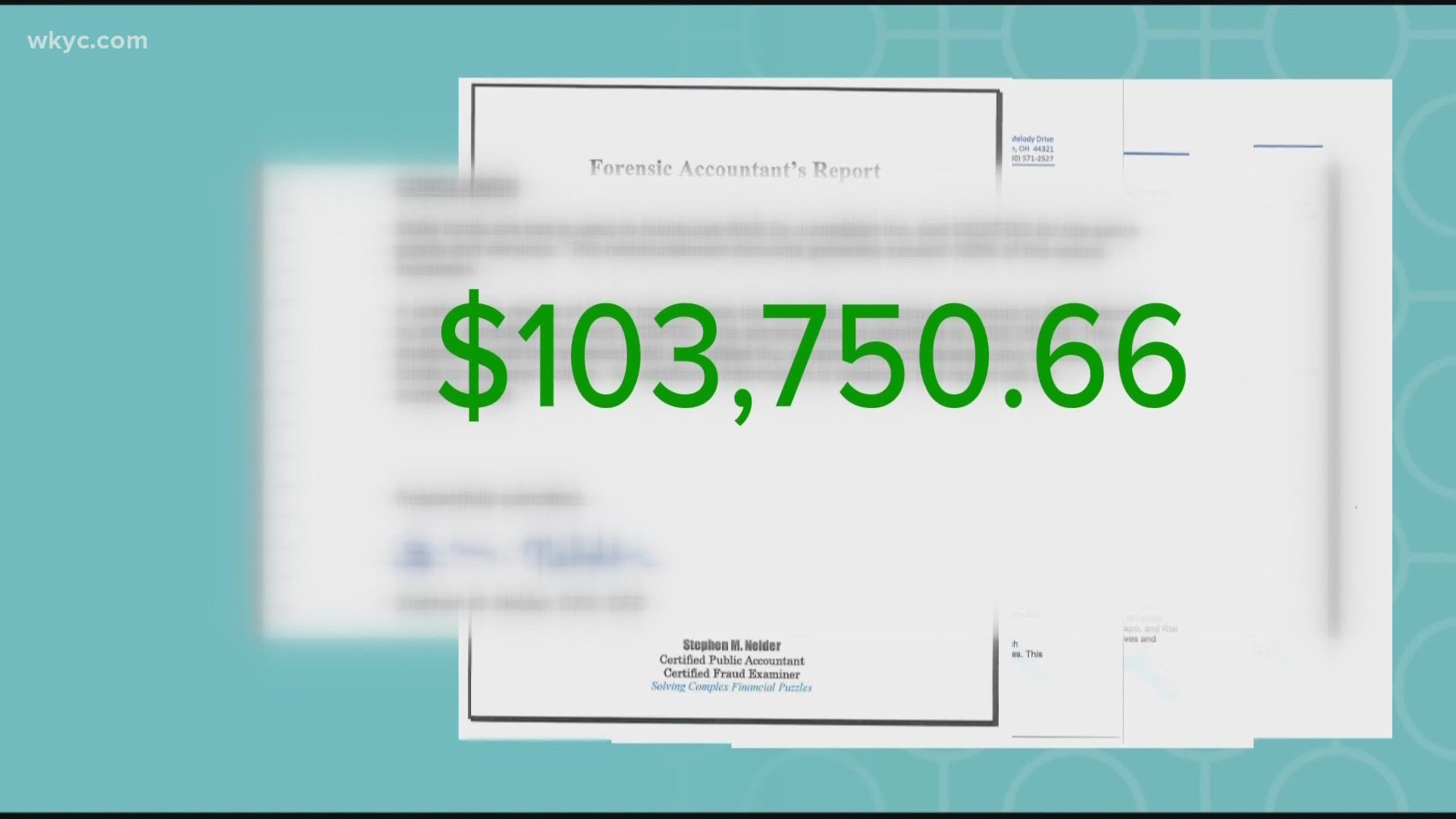 CLEVELAND — It’s been talked about more than any other building in town. The Med Mart, now known as the Global Center for Health Innovation. Sold to taxpayers as the premier showcase for medical invention, it sits largely empty today as part of the convention center.

And it’s now the source for more trouble in Cuyahoga County. 3News has learned the company hired to revive the space is accused of double billing and is now subject of an investigation by the Ohio Attorney General.

Cuyahoga County hired BioEnterprise, which helps start-up medical companies, to market and find tenants for the building. The two-year deal approved in 2017 started in 2018. But the company and the county parted ways at the end of 2019 without attempting to renew the deal.

Here’s how it worked:

The report says the company sought reimbursement from the facilities board and then asked for reimbursement for the same things -- in the same or similar amount -- from JumpStart, a nonprofit that distributes and manages state tax dollars that go to BioEnterprise. Among items double billed were portions of salaries for two employees and public relations expenses from the firm Dix & Eaton. BioEnterprise's contract with the facilities board and its deal with JumpStart for grant money allows it to seek reimbursements for certain expenses.

3News reported last year that the county board overseeing the Global Center flagged questionable expenses by BioEnterprise, including bottles of wine, pricey dinners and travel-related items. That triggered the county board’s executive director, George Hillow, to dig deeper. At odds at times with his own board about the scrutiny of BioEnterprise, he ultimately hired an outside auditor, Stephen Nelder, to offer an independent review. The audit says it has identified $103,000 in expenses doubled billed. A supplemental audit was also done and found additional double-billed expenses worth thousands.

RELATED: BioEnterprise, company hired to promote Global Center for Health Innovation, says it was not reimbursed for all questionable expenses

Hillow confirmed in a phone call Thursday that BioEnterprise expenses triggered the audit but said he can’t comment further. County Executive Armond Budish’s office referred questions to Hillow. The audit was released as part of a records request made by 3News.

BioEnterprise was created more than 15 years ago to help new companies bring medical innovations to market.It has been backed by the city's most powerful medical players, including Case Western Reserve University School of Medicine. BioEnterprise later expanded its services to marketing and managing the space at the Global Center.

During time just after the audit was completed in March, BioEnterprise shed many of its employees, including President and CEO Aram Nerpouni.

BioEnterprise’s board, which includes top medical executives, including MetroHealth CEO Akram Boutros, is now trying to clean things up.

Board Chair Pamela Davis, who is also dean of the Case medical school, told 3News Thursday the company is fully cooperating with the Attorney General and would correct any financial errors. She said the board is focused on maintaining BioEnterprise’s core function as an incubator to help startups.

Davis said the company did "resize" during the last several months and will "correct any financial errors."

A spokeswoman for JumpStart gave the following statement and responses to questions from 3News:

“JumpStart takes the stewardship of taxpayer dollars very seriously and strictly adheres to state and federal guidelines for reimbursements of programmatic funding,” said JumpStart CEO Ray Leach. “As a result of the on-going investigation we were made aware of in November 2019, BioEnterprise was not included in a November 2019 awarded grant providing Third Frontier support through 2022. JumpStart and its partners will continue to support this important work in the bioscience and biotech sectors uninterrupted. This work remains a top priority for JumpStart and the region.”

When did JumpStart become aware of the concerns about double billing?

JumpStart became aware of the investigation of BioEnterprise in November 2019 per articles published in the media.

What is your reaction to the audit? Do you support its findings?

We have not seen the audit, so we are unable to comment on its findings.

Are you cooperating with the AG investigation into BioEnterprise?

Yes, we are fully cooperating with state and local authorities as they continue their investigation and trust this process is being managed in the best interest of the community.

Did JumpStart ever audit or notice issues with BioEnterprise invoices? What checks are in place to catch such things?

JumpStart strictly adheres to the state’s process for grant reimbursement and has had clean audits of our work with the Ohio Third Frontier over the last 14 years.

JumpStart is the lead organization for the Ohio Third Frontier's (OTF) Entrepreneur Services Provider (ESP) program which distributes state funding, on a reimbursement basis, to subgrantees, including BioEnterprise, who offer programmatic services to NEO tech startups.

As the lead ESP organization, we process all grantee expenses to the state specifically for this program. JumpStart does not manage the reimbursement expenses grantees received from other funders, including Cuyahoga County.

Subgrantees, like BioEnterprise, are required to use a state-mandated form and provide supporting documents when submitting expenses to JumpStart for reimbursement from the state. JumpStart reviews reimbursement requests before passing them on to the state but would have no way of reviewing a subgrantee’s internal financial processes including their billings to other entities.

What is JumpStart doing to ensure it learns from this?

Our process follows all state guidelines and requirements. We have procedures in place to document requests for reimbursements and have a proven track record with the state of Ohio as we have been serving in this role since 2010. Our Summer 2019 audit performed by the State of Ohio’s Development Services Agency, reported no issues or concerns for the 14th consecutive year.