BioEnterprise, company hired to promote Global Center for Health Innovation, says it was not reimbursed for all questionable expenses

It plans to offer details about expenses flagged by county board next week. 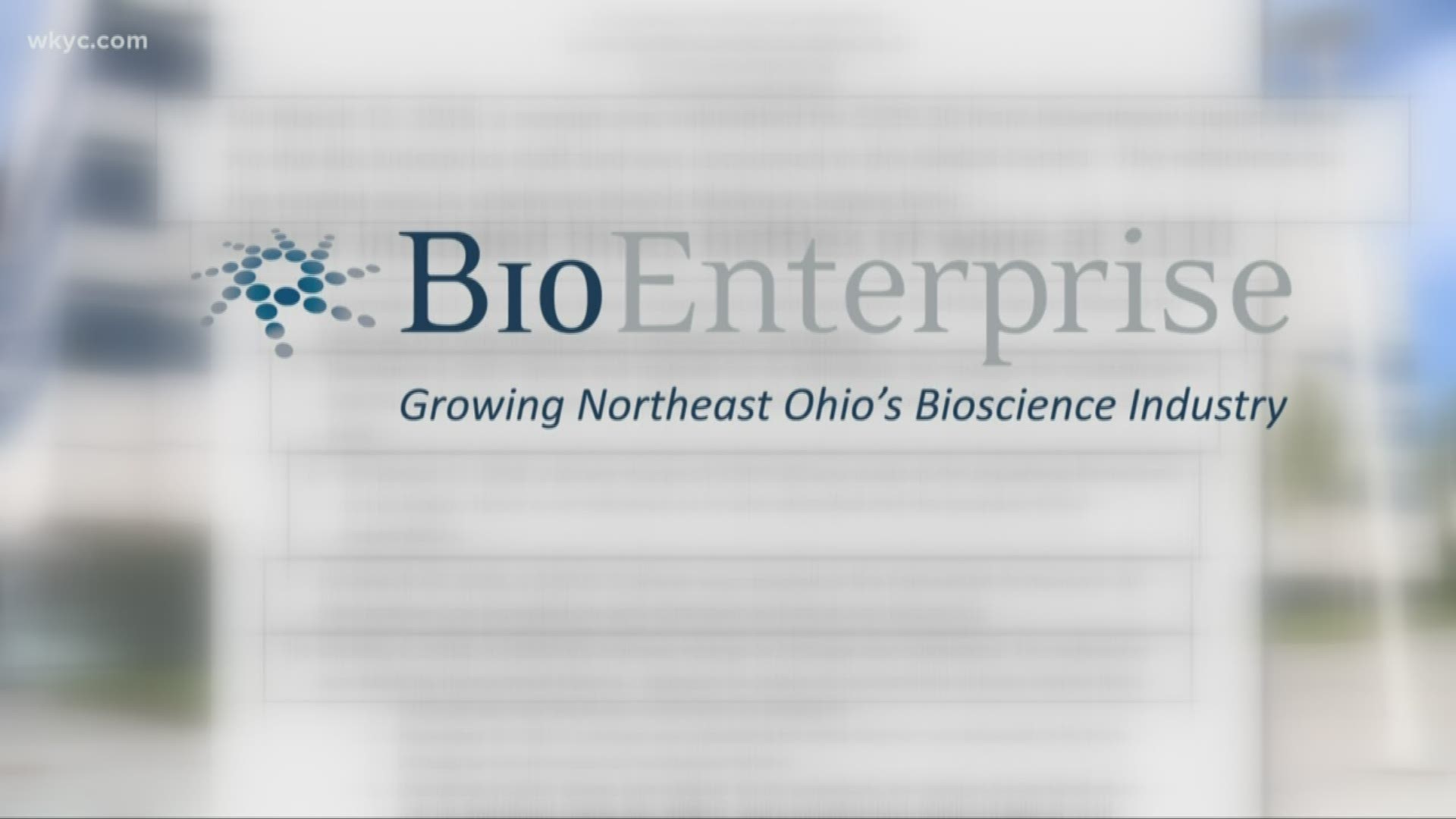 CLEVELAND — Pricey wine and dinners. A plane ticket for an employee’s son. And $295 worth of booze from a downtown Cleveland liquor store.

These are among the expenses BioEnterprise, the company hired to promote and find tenants for the Global Center for Health Innovation, asked to be paid for.

George Hillow, executive director of the Cuyahoga County Convention Facilities Development Corporation, the county board that oversees the facility and BioEnterprise’s work, flagged these expenses as inappropriate. He then outlined them in a June memo to its members, which includes a top aide to County Executive Armond Budish.

After 3News first reported on the memo Thursday, BioEnterprise issued a statement claiming its expenses are being misrepresented.

“The reported contents of the June 2019 memo are an unfortunate and incomplete representation of the facts. All of our expenses related to the Global Center were subject to review and approval by the CCCFDC.”

Budish’s office told 3News Friday that not all the expenses were reimbursed but couldn’t say which ones were rejected. Spokeswoman Eliza Wing said Aram Nerpouni, BioEnterprise’s president and CEO, did meet with Budish earlier this year and told him “he was concerned about not being paid.”

These expenses are among the records county corruption investigators recently asked for in a subpoena. And 3News asked for copies of the same records. The board expects to release them next week.

In an email to 3News Friday afternoon, BioEnterprise spokeswoman Jennifer Keirn said the company did not get reimbursed for everything and intends to respond in detail next week.

“We are taking this incredibly seriously because it goes to the heart of BioEnterprise’s reputation,” she said.  “We will be back to you early next week with a full response.”