Daniel Cameron: 'Rumors do nothing to advance justice' in Breonna Taylor case

The attorney general said news of a decision will come from his office, 'not unnamed sources.' 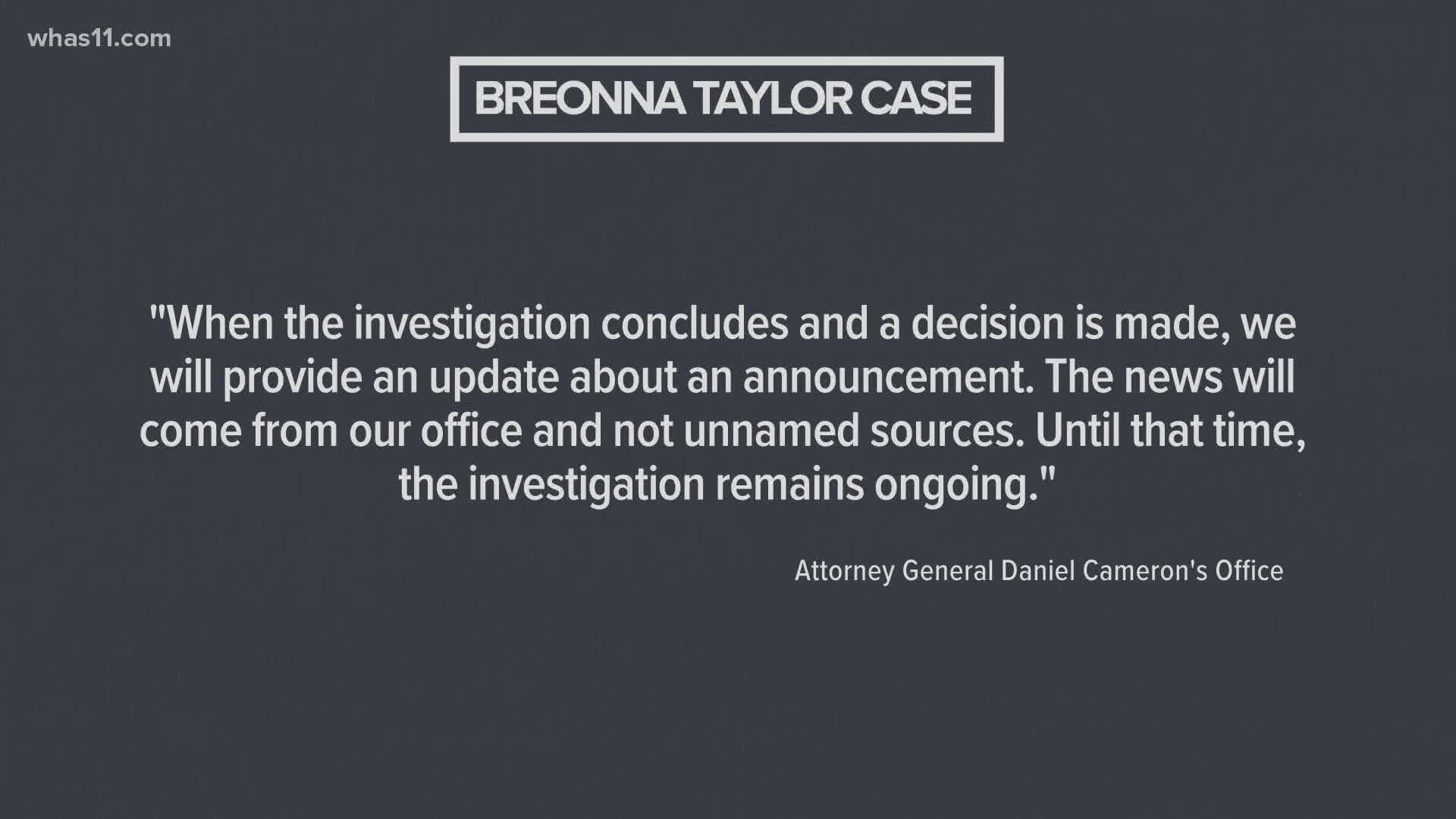 FRANKFORT, Ky. — Attorney General Daniel Cameron continued to reiterate that his office does not have a specific timeline in its investigation into Breonna Taylor's death following rumors of an announcement.

"My office has endeavored since day one to find the truth and pursue justice, wherever that may take us and however long that may take," Cameron said in a statement.

Cameron said rumors "do nothing to advance justice," saying his office will provide an update on an announcement when a decision has been made.

"The news will come from our office and not unnamed sources," Cameron said. "Until that time, the investigation remains ongoing."

Just in from @kyoag on #BreonnaTaylor .
Still giving no timeline but not addressing/denying report that a Grand Jury has the case and Cameron decision could come next week. https://t.co/6zBjfF4qum

The AG called the mention "an honor," saying he remains focused on serving Kentucky.

"Over the last several years, President Trump and Leader McConnell have worked together to confirm more than 200 federal judges, transforming our judiciary and ensuring the rule of law is upheld for generations," Cameron said.