Rocky River Police tell 3News Investigates that over the last ten days, 16 thefts or attempted thefts have taken place on the north side of Rocky River. 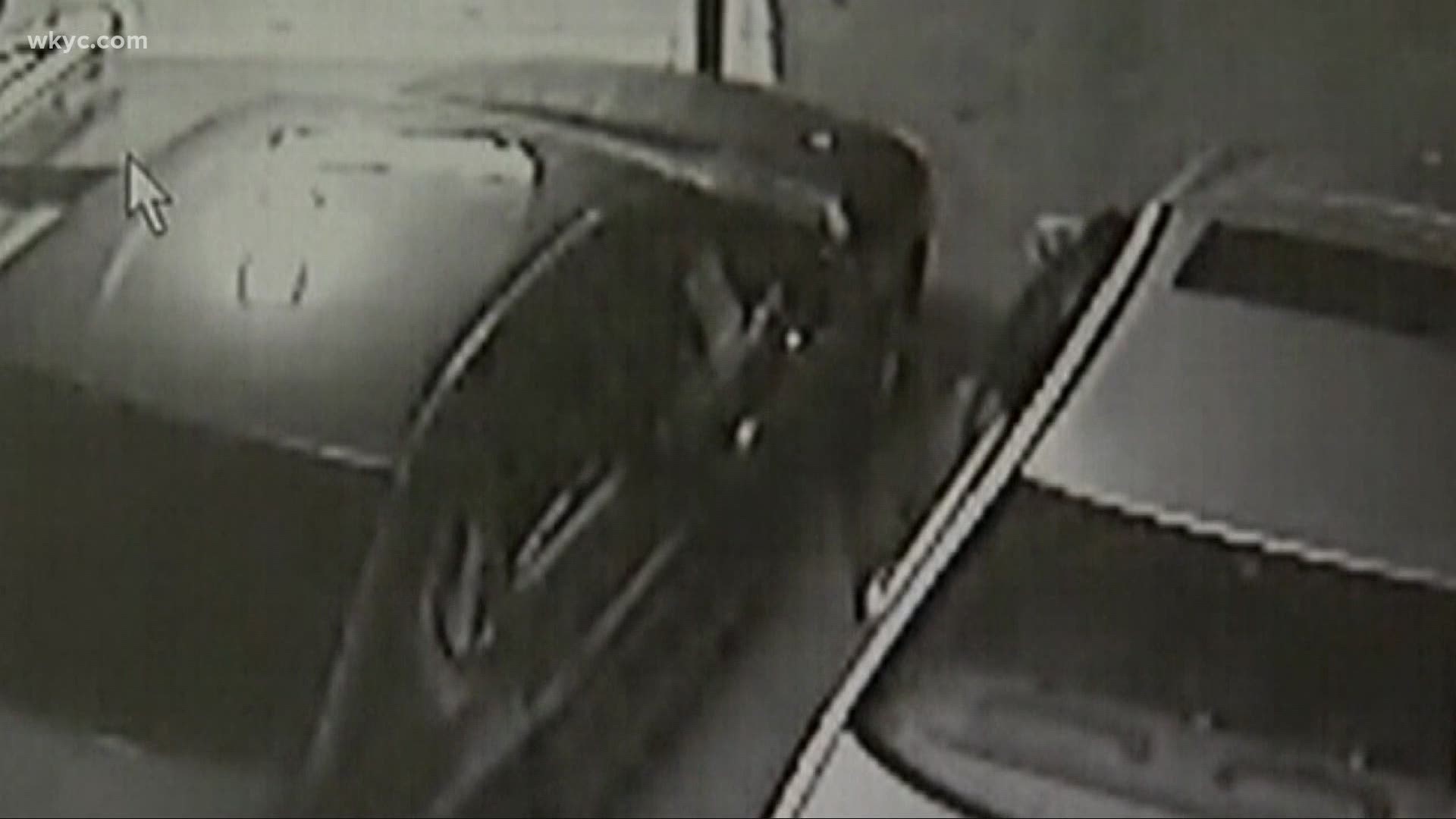 ROCKY RIVER, Ohio — With more people staying at home these days, their cars are often parked outside longer than ever for days on end - making them easy targets for thieves.

As 3News investigator Rachel Polansky uncovers, law enforcement agencies around the country and right here in northeast Ohio are seeing a wave of stolen cars and vehicle break-ins.

Stolen From The Driveway:

Sunday morning – not a care in the world.

“My husband went to take my kids to get breakfast,” said Jacke Wiedemer, of Rocky River.

But breakfast would have to wait.

“Sure enough the car was gone,” said Wiedemer. 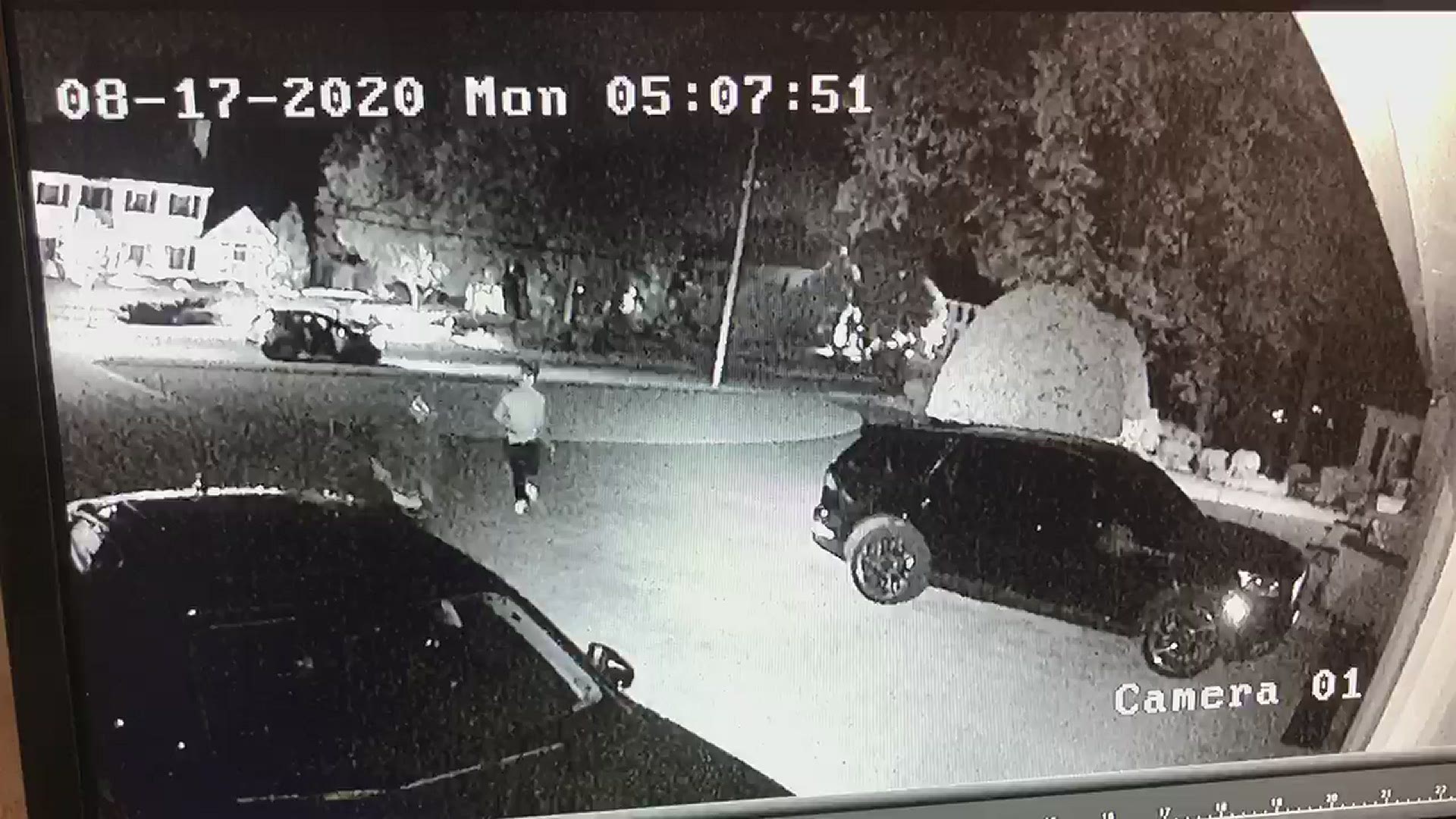 Jacke Wiedemer's rental car was stolen right from the driveway of her Rocky River home, and it was all caught on camera.

Watch as two men check the door handles, see the car is unlocked, spot the keys sitting in the cup holder, start the car and speed off – all within 20 seconds.

And the Wiedemer's were not the only ones burglarized.

Rocky River Police tell 3News Investigates that over the last ten days, 16 thefts or attempted thefts have taken place on the north side of Rocky River, in or near the Beachcliff neighborhood.

From #RockyRiver to #NorthOlmsted to #Kirtland to #ChagrinFalls, these #CarBreakIns are happening all over #NEOhio. I’ll tell you the common denominator between all of these cases @6 on @wkyc! #wkyc #BreakIns #CaughtOnCamera pic.twitter.com/SWkY1IMlcf

“Detectives are actively investigating these crimes and it is likely that the same person or group of people may be responsible. It would not be prudent to comment on why they believe that or provide further comment regarding investigative plans,” said Lt. George Lichman, a Public Information Officer for Rocky River Police.

“Don't be lulled into a false sense of security because of where you live,” said Wiedemer.

Car break-ins happening all over:

From North Olmsted to Kirtland to University Heights, break-ins are happening all over.

On Monday, Chagrin Falls Police warned residents on Facebook to lock their cars after three people reported break ins, two of which had their cars stolen right from their driveways.

The common denominator in all of these cases: unlocked doors.

“By not securing your vehicles and belongings, we allow these criminals to continue to victimize people in our community. To deter further auto thefts, I implore you to secure your vehicles and remove your personal belongings,” Chagrin Falls Lt. Jason Weiskopf wrote on Facebook.

“We can see in the data, that there is some increase in property related crimes,” said Mark Votruba, Economics Department Chair at Case Western Reserve University.

Votruba studies these types of trends and he says crime rates oftentimes correlate with unemployment rates, and as we all know, there are still a lot of people out of work.

“When you are the direct sufferer of job loss, your criminal behavior goes up 20 to 25 percent,” said Votruba. “The research finds compelling evidence that job loss has a large effect on the rates of criminal behavior. Violent crime rates go up, property crimes like break-ins go up, and drug and alcohol crimes go up.”

Votruba's not saying these break-ins were done by folks who lost their jobs. School has also been out and teenagers could be trying their luck.

Car break-ins also take place when the economy is doing just fine, like in February when Cleveland Police arrested four teens who broke into 80 cars.

Regardless, the ingredients are there for trouble.

“There are fewer people on the streets, more cars are available and are not being watched and there’s no regular circulation of people around them. It creates easier opportunities for break-ins,” said Votruba.

Make yourself less of a target:

While there is no way to 100% prevent car break-ins, there are things you can do to make your car less of a target.