Officials say the issues were discovered last year, but the repairs have not yet been made. 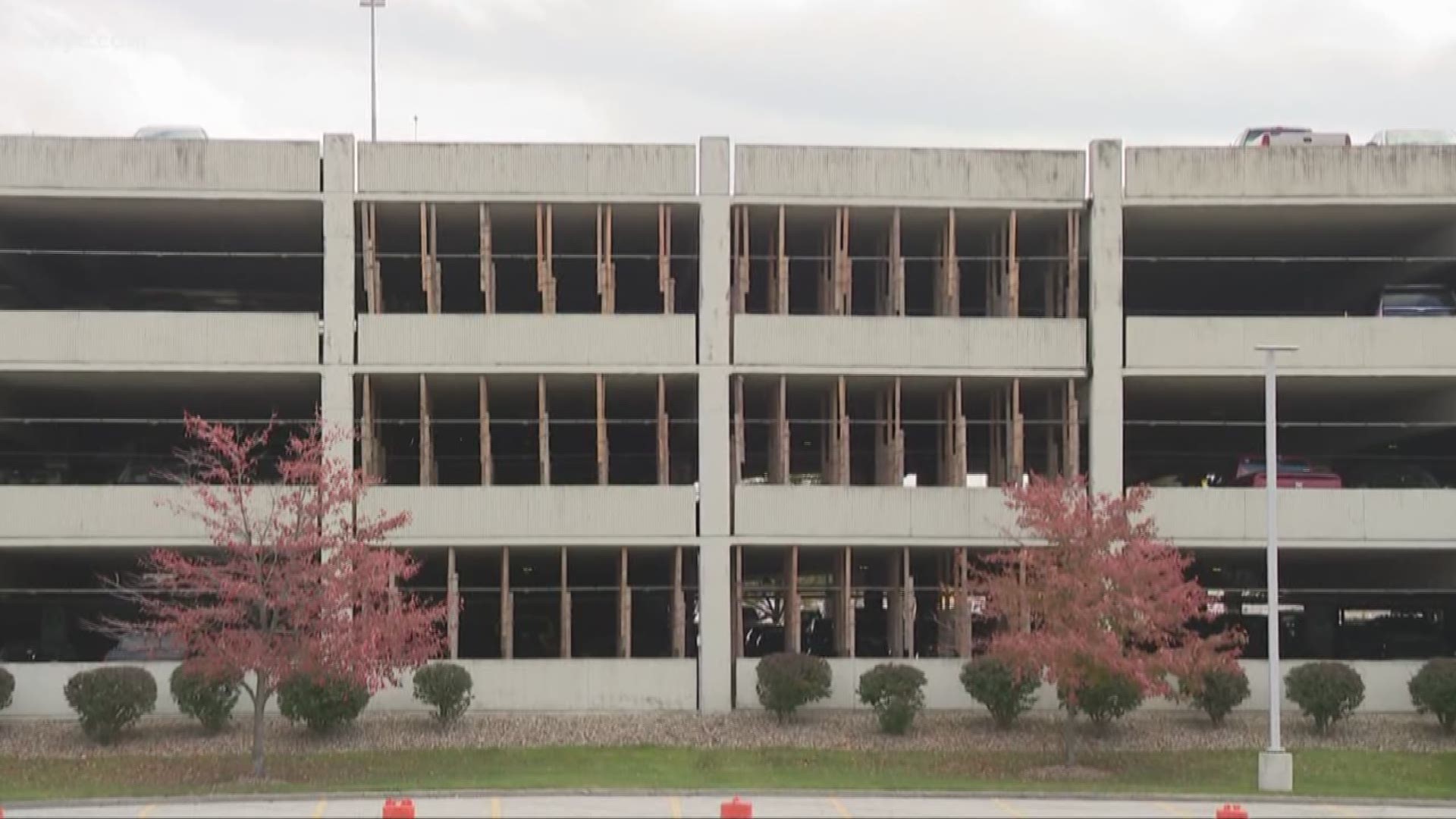 CLEVELAND — 3News has new information on reports of a serious problem with the structure of the Smart Parking Garage at Cleveland Hopkins International Airport.

We were first alerted to the problems earlier this week by a source familiar with the parking structure, who said the problems were so bad, it was "a catastrophe waiting to happen." They added that the airport knew there were issues a year ago.

The airport originally told us that wasn't the case, and that there were just some "minor repairs" that needed to be done. Turns out, that's not the whole story.

"I wouldn't let anyone park here if it was a major concern," Airport Director Robert Kennedy first said.

According to the airport, problems were discovered when an outside construction firm Thomarios (which has extensive experience in parking structures) was called in to make some improvements on the garage's expansion joints. Expansion joints are designed to allow movement in each section of the garage, but the movement in one area is not right: The cement around it is crumbling, the entire section appears to be sagging, and you can see rebar showing through.

Here's what Airport Director Robert Kennedy told me about it earlier this week:

"I was notified Friday afternoon. Got the engineers together, got the team out here. Saturday morning, done!"

The city asked me to talk to Kennedy by phone the next day because I had asked such "pointed questions." While he originally told me he had no prior knowledge of major structural issues, he now says an engineering report in completed 2018 by a company called GDP showed there were structural issues that needed to be repaired. Those repairs were not done, but the airport did follow a recommendation to close off some parking spaces.

Kennedy says Tomarios was called in to make improvements to the garage earlier this year, but they then sent a letter saying they would not do any work until an engineer came out to survey the damage.

According to the airport, that's when GDP came back and looked at the garage, and found it had further deteriorated.

The airport put in wooden supports last Friday and Saturday, to shore things up until a permanent solution could be found. More parking spots were also closed.

"There were a couple of cars—I don't know how many cars, there were some cars," Kennedy told us. "And so we made a decision [to] go ahead and get 'em out because we didn't know if [the construction company was] coming back Friday night or Saturday or Monday, and we wanted to get this done.

We asked for the city of Cleveland to send us that initial survey alerting the airport of the problems on Tuesday, as well as any correspondences involving the structure. We're still waiting, and they say the documents are being reviewed by their legal department.

In the meantime, we're told the latest engineering report is expected late next week. We've requested that report as well.

Just to reiterate the Airport's stance: It says "none" of the correspondences from the engineers or construction company used the word catastrophe. Officials insist the garage is safe, and the needed repairs will be made shortly.