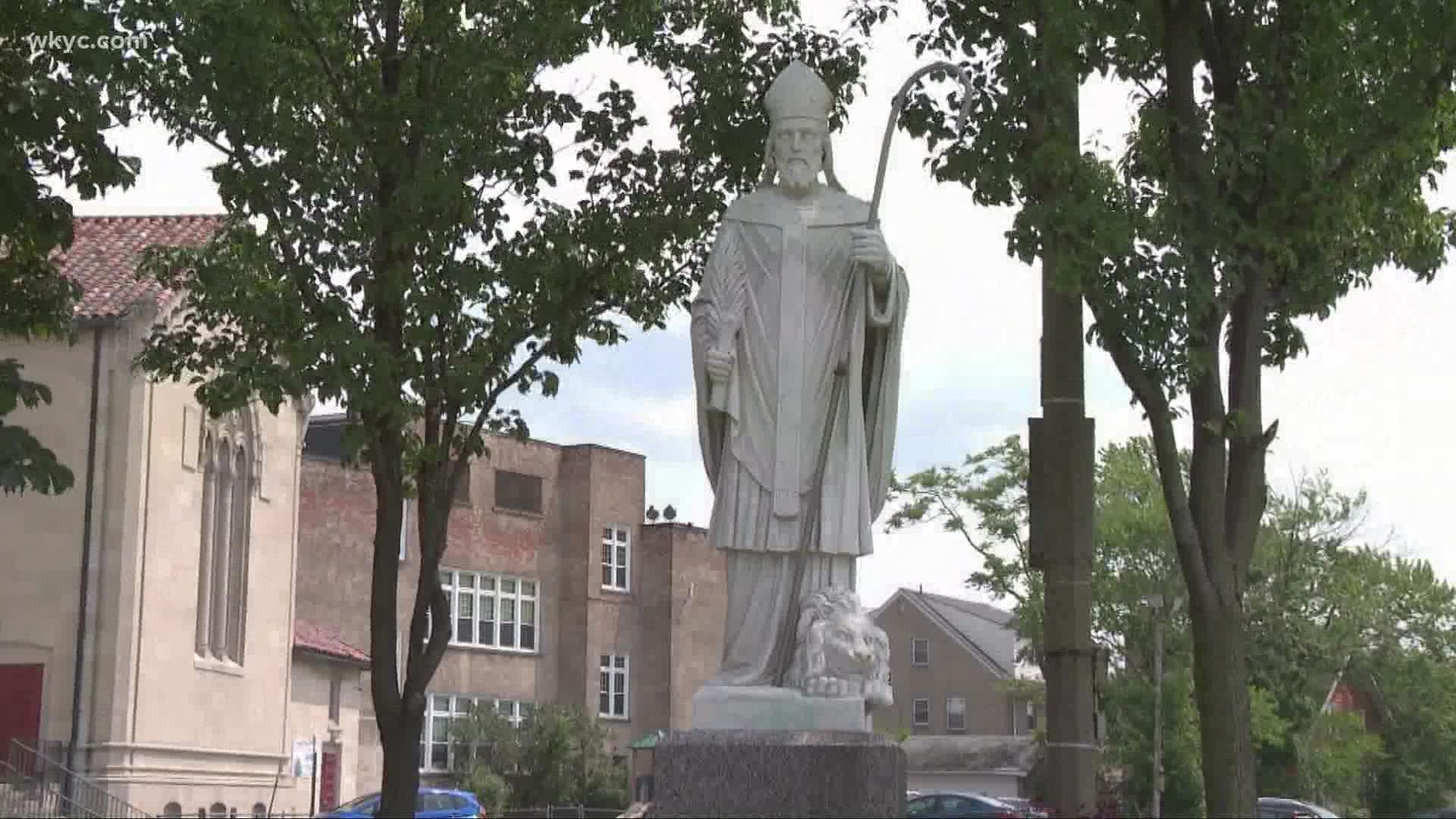 CLEVELAND — To a 13-year-old Catholic boy, it was a high honor. Especially for the wide-eyed boy named Jim Shackleton.

Standing at the St. Ignatius of Antioch Catholic Parish altar alongside the priest, Jim finally felt special-- chest out, chin up, and dressed in his black robe and white smock.

Looking back, he forgot his earlier struggles of life. Growing up poor on Cleveland’s west side, looking for acceptance.

Finally, he said, he made his God-fearing family beam.

“My grandfather was proud of me being an altar boy…my mom was proud. And I felt proud about it,” he said.

This was the late 1970s and at the altar alongside Jim was Father Edward Rupp, a respected community leader, a pillar of the church, ordained 20 years earlier.

Jim and Father Rupp shared more than the altar; Shackleton said they shared secrets--confidences that would remain strictly between the two for decades.

“This wasn't something that was normal. You could feel when something was wrong…but I was trapped,” Shackleton told 3News Investigates.

At first, the priest would seek out the young Jim, asking for help with various church projects or chores. Aside from church, he attended St. Ignatius grade school, making him accessible to the priest almost daily.

The work, it seems, always took them out of sight... and alone. Again, looking back, Shackleton sees the reason.

But he felt close enough to Rupp to talk to him about a prior abuse he suffered by a man at another church. His confidences only led Rupp to abuse him, he says.

“He would always have me go downstairs to the bottom part of the church and that's where the sexual acts would happen,” he said. “That’s how Father Rupp was able to get his hands on me…because I was working as an altar boy."

“All of a sudden, he started to behave like [the man who molested me],” said Shackleton, now 58.

He says he sought help just once when he approached another St. Ignatius priest. But, Shackleton says, it was he - not Father Rupp - who was banished.

Mentally tormented, his grades at St. Ignatius Elementary School plummeted and he was forced to leave the school. He told no one. Confused and damaged, he said he felt ashamed. A sexually transmitted disease would be his physical life-long reminder of what happened.

“These are people you're supposed to trust with your whole entire heart and everything, and yet, they don't realize that behind closed doors, they're the devil,” he said.

Just last year, Shackleton came forward. Although 40 years had passed, he traced his troubled life back to Father Rupp. The 58-year-old has retained an attorney to seek justice in any way that he can.

Rupp died in 2019 at the age of 84 and the time has passed for any civil lawsuits.

Nonetheless, Boston attorney Tyler Fox, whose practice is focused on sexual assault cases, says the Cleveland diocese has been apathetic to Shackleton’s case.

For his client, speaking publicly, he explains, is therapeutic and Shackleton’s only recourse.

“We can't file a lawsuit because it's beyond the statute of limitations,” Fox said. “All we can do is tell the public about it.”

“Jim was shamed. This is a way of shaming the archdiocese. They should be ashamed for not offering compensation,” Fox explains.

“While it would not be appropriate to comment on this specific allegation, the diocese can say that it reports all allegations of child sexual abuse it receives to civil authorities and that it remains committed to protecting children and to promoting healing for those harmed as a result of sexual abuse by a member of the clergy.

Any person wishing to report clerical sexual abuse or those simply seeking help can reach the confidential Diocesan Response Service by phone at 216-334-2999 or by email at response_services@dioceseofcleveland.org"

Rupp is one of 49 priests identified by the Cleveland diocese as sexual abusers of children. He was originally investigated in 1994 when a former victim came forward with allegations of abuse.

Rupp was placed on leave and never returned to the altar. The Vatican later removed him from ministry.

He had served over 30 years at various area churches: St. Ann, St. John Bosco, St. Agnes, St. Vincent de Paul in Akron, and, for the last decade of his service. at St. Paul de Paul in Cleveland.

Shackleton says he struggled through life, carrying a sexually transmitted disease that he says developed after being abused by Rupp. The STD caused him to lose jobs and personal relationships. Drug abuse and depression followed.

He came forward last year at the urging of his wife as a means of healing.

“Why doesn’t the diocese stand up for the people who have been hurt. I don’t understand that. I mean, it really makes me sick to my stomach, what they said and did, basically they said it was my fault the way that they put it.

“I want the Catholic diocese to stand up and realize what happened to me and fix it,” he said.

RELATED: 3News Investigates pushes for the release of public records in the Cedar Point investigation

Editor's note: the video in the player above is from a story published in 2019.