Tierramarie Lewis is the tenth transgender woman to be killed in Cleveland, since 2013. All but one were women of color. 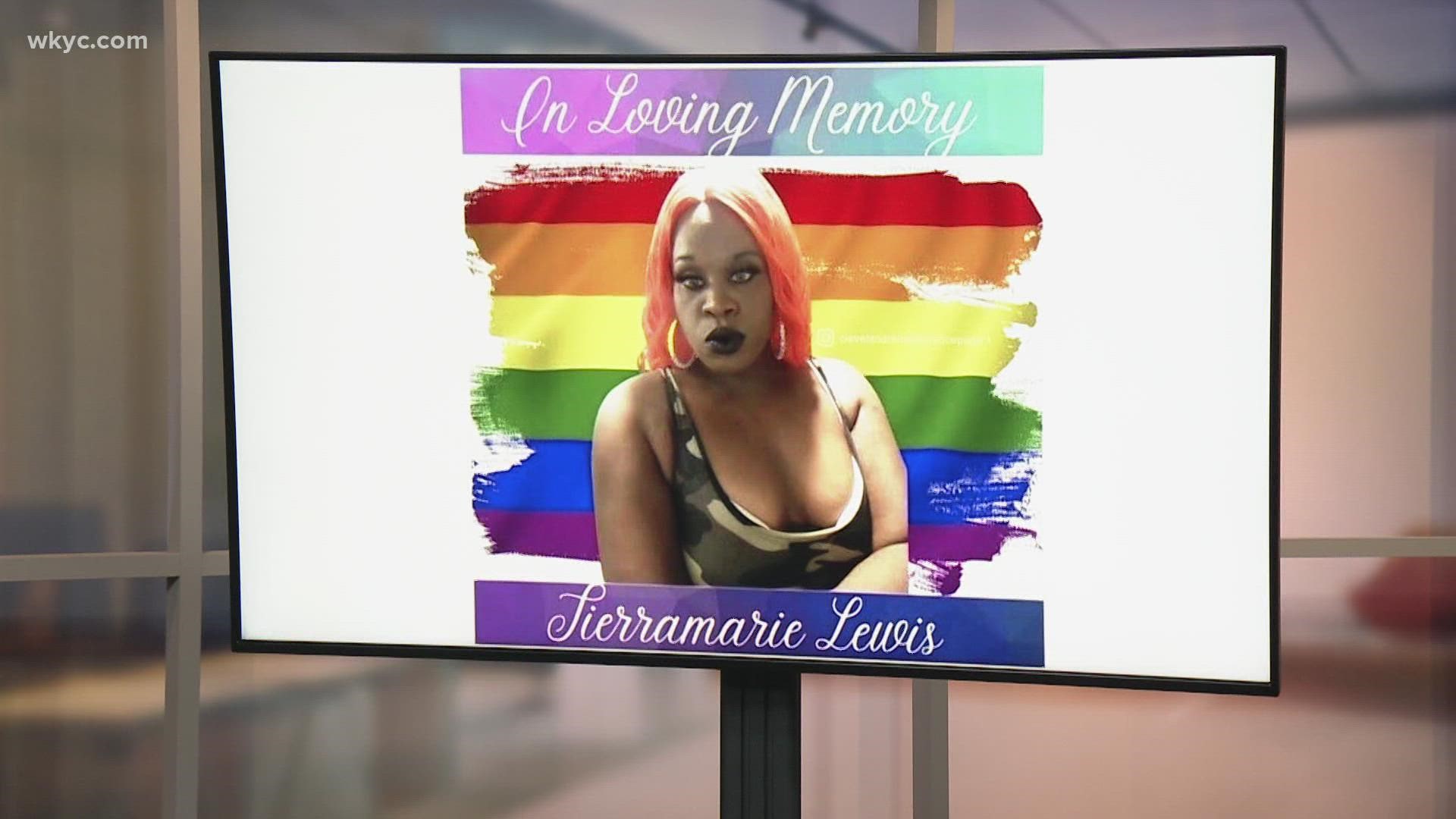 CLEVELAND — After a Black transgender woman was shot to death in Cleveland recently, activists are speaking up.

Tierramarie Lewis is the tenth transgender woman to be killed in Cleveland since 2013. All but one were women of color.

RELATED: 3News Investigates: 2021 on track to be the deadliest year of violence against transgender people in the US

And as 3News Investigative Reporter Rachel Polansky explains, 2021 is on track to be the deadliest on record for transgender people in America.

“She was such a kind soul with such a beauty in her heart,” said Eliana Turan, Director of Development at The LGBT Community Center of Greater Cleveland.

36 white roses represented the years of Tierramarie's life at an event held Thursday in Cleveland.

The 36-year-old came to Northeast Ohio last year from Columbus.

Tierramarie was trying to recover from addiction when she was shot to death on East 79th Street and Cedar Avenue, two months ago.

But a Thursday event held in Cleveland was not focused on her death, but rather, the community celebrated her life.

“She was a boisterous, loud-voiced, really outgoing individual, who really just engaged with those around her,” Turan said.

More than 40 transgender people were killed last year, according to information gathered by 3News Investigates and the Human Rights Campaign, an LGBTQ advocacy group. And this year, there have been at least 33 transgender people killed in the United States.

3News Investigates also looked at death records and that's when we found another issue. Police, media, even the medical examiner often misgender victims, describing them using a name or gender with which they do not identify.

A police report initially listed Tierramarie as a "John Doe."

A spokesperson for the Cuyahoga County Medical Examiner provided the following statement to 3News regarding this issue:

“Per the CDC's instructions on the reporting and registration of deaths, we obtain identification from a decedent's legal name at the time of death. Additionally, we report on and their sex, not gender. Sex is determined by anatomical inspection of the body and/or medical records. This is done for their statistical needs in tracking fatal diseases and injuries by sex.

“Why?” Turan asked, responding to the medical examiner's quote. “If you know someone is a trans person, why deny they are a trans person? How can we expect to address and defeat a major public health crisis if our reporting system is designed to make that crisis invisible?”

While there are federal statutes in place, Ohio is among 28 states whose civil rights laws do not specifically protect individuals from discrimination based on their sexual orientation or gender identity.

And to this day, Ohio does not have a stand-alone hate crime law.

Cleveland Police Sgt. Jennifer Ciaccia told 3News Investigates, "The individual was originally identified as male by police and during the medical examination. It was later learned that she was transgender. There was an arrest made quickly. Duane Lunsford has been arrested and charged in this case."