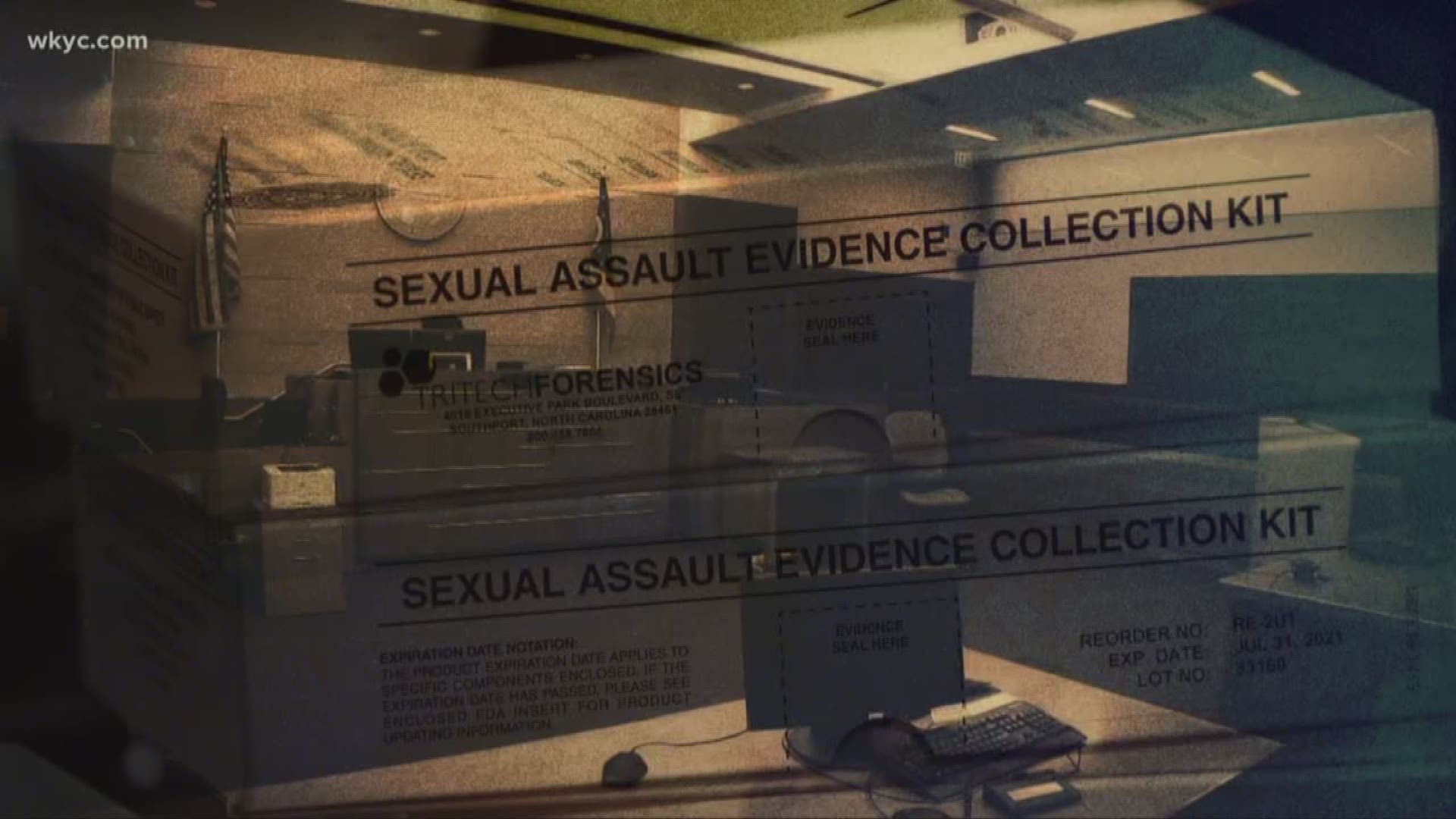 CLEVELAND — For years, we've told you about the backlog of untested rape kits in Ohio.

While that number is slowly lowering, 3News Investigates has uncovered another pitfall: a shortage of specialty-trained nurses who care for rape survivors. These nurses are Sexual Assault Nurse Examiners, often called SANE nurses or forensic nurses.

3News Investigator Rachel Polansky explains how the SANE nurse shortage in Ohio is placing survivors and criminal cases at risk.

“It’s always going to have an impact on me,” Ashley Parrot said.

Ashley was violently beaten and raped by her boyfriend in November 2003.

“He got into this full-force rage of attacking me. It started on the bed, just punching me, and punching me and punching me. It went into the bathroom and he was knocking my head against the wall,” Parrot said. “The rage kept going and going until they got a knife.”

He was charged with rape, kidnapping, domestic violence and felonious assault.

Ashley was rushed to the hospital.

Doctors treated her extensive injuries but a forensic exam -- one that would collect critical evidence of rape -- was overlooked.

Turns out, the rural hospital where she was treated did not have a Sexual Assault Nurse Examiner (SANE) on call. It was almost an after-thought when she was examined four days later at a different hospital.

Downing is a SANE nurse who is trained to recognize sexual trauma and document the evidence. She also started nonprofit Forensic Nursing Network to improve the healthcare response to sexual violence.

“We care for these patients in a comprehensive trauma informed manner. We provide a head to toe evaluation, document all of that with body maps and photographs, and we gather evidence for the crime lab. Should these cases go to trial, we also testify as experts,” Downing said.

While there are more than 200,000 registered nurses in Ohio, only 51 are certified by the International Association of Forensic Nurses to work with adult sexual assault patients. Only 27 are certified to treat children.

Downing estimates that 2% of nurses in Ohio emergency rooms have completed training in sexual assault care, but have not received national certification.

This critical shortage means rape survivors could get turned away at the emergency room.

“They may be asked to go to the next closest hospital that has a forensic nurse. So, they may need to travel hours away to receive that care and many times, they cannot do that. These are the cases that may be lost,” Downing said.

The difficulties in getting an exam are all too common for sexual assault survivors in Ohio – especially those in rural areas. Only one in three of Ohio’s 267 hospitals have a SANE nurse program, according to the Ohio Alliance to End Sexual Violence.

There are zero SANE nurses who work with adult sexual assault patients in Ashtabula County.

“Here in Ashtabula County, they have to go to Lake County or Cuyahoga County. They’ve got to leave their home, travel, wait for a SANE nurse to come, get examined, talk to law enforcement. It’s a daunting task for people who are in a very vulnerable situation,” said Cecilia Cooper, Ashtabula County Prosecutor.

The below map shows Ohio hospitals with a SANE program:

“The sexual assault exam is essential to any prosecution so if they can't get that done or just give up because it’s too hard, that puts the case at a disadvantage,” Cooper said.

"Should these cases go to trial, we testify as experts. We are able to bring the jury back to the time and place when this occurred, explain what the injuries are, and it does make a difference in the legal system," Downing said.

Downing added that the job is mentally exhausting, and the certification process is lengthy and expensive, but it's a heavy burden she shoulders with pride.

“Nurses want to make a difference. That's why we do this work,” Downing said.

RELATED: 15% of Ohio juveniles say they are sexually victimized while in custody

The challenges when reporting a rape: Amber’s story

“You have robbed my daughter of a whole and complete mother," Amber Preston said. “I am broken because of you.”

These are the words Amber said to her rapist during his sentencing two years ago.

Amber is reliving her most painful experience because she believes she was victimized twice – once by a man in 2018, and again by the legal system.

“He pushed me back down onto the mattress, put his hands on my throat and started squeezing. I kept saying no, no, no, I don’t want to,” Amber said.

You can hear more on the challenges Amber faced when trying to report her assault in the video below: 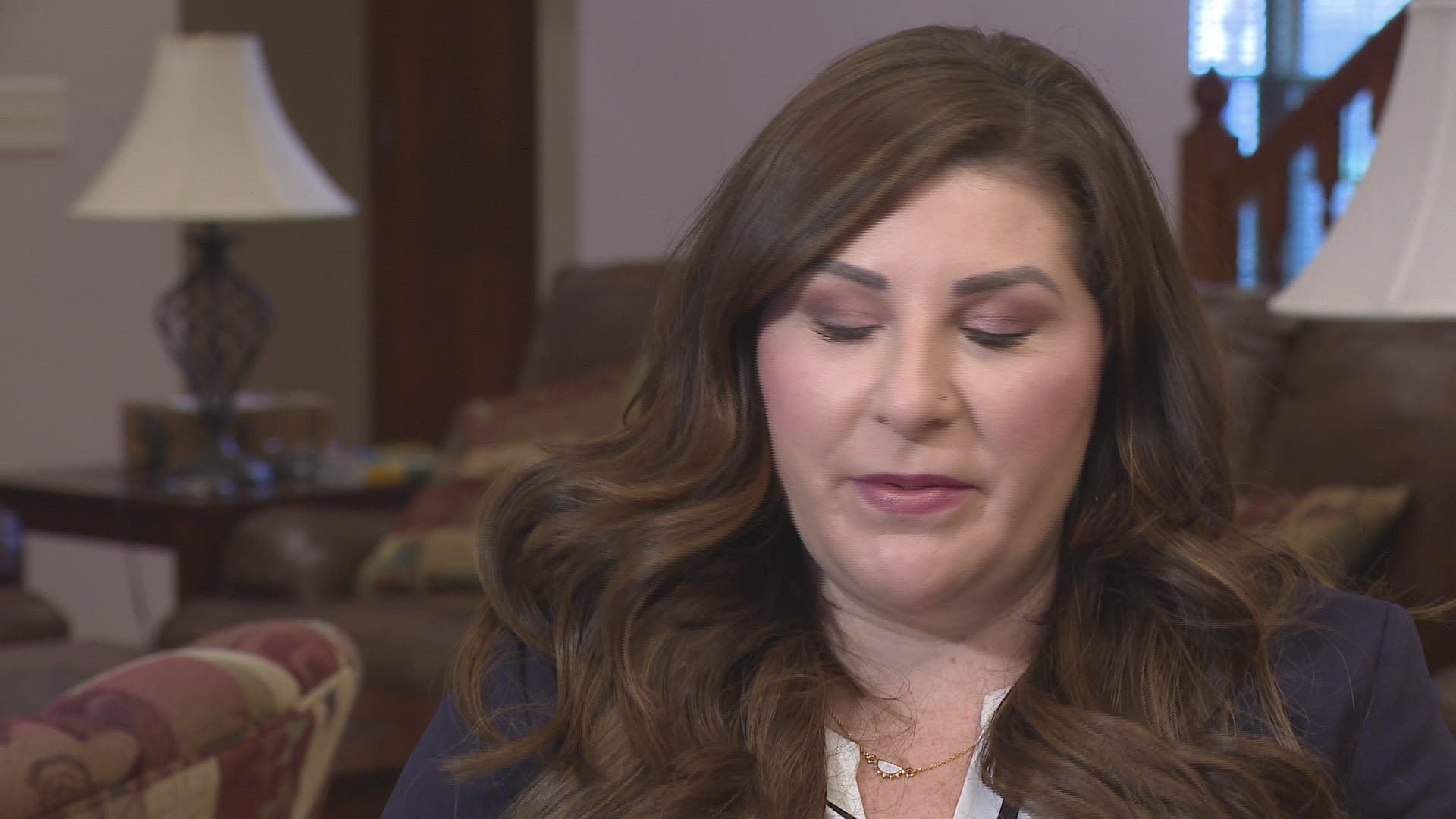 She drove herself to her local police station where she was greeted -- not by a Dublin police officer -- but by a voice on an intercom. She told him her story. He told her the crime happened in another jurisdiction, and sent her six miles south to the Hilliard Police Station.

Once there, she told her story again. This time, she was told to drive herself to the hospital, which was five miles north, back into Dublin.

“It probably would’ve been a nice idea for someone to say, ‘Hey, why don’t we take you, you have just been traumatized.’ I feel like procedures should be a little different,” Amber said.

At the hospital, Amber learned her rape actually took place in the Columbus jurisdiction, which meant telling her story to another set of officers.

“I had given my statement five times at this point,” Amber recalled.

Cooper noted how survivors are treated by law enforcement can impact whether or not they chose to report.

“It’s a daunting task for people who are in a very vulnerable situation,” Cooper said. “...We need better training with law enforcement, with having to be stern but compassionate at times."

Yet only one of four report those incidents to police, according to the Bureau of Justice Statistics.

Reporting is only the first step.

It’s an invasive head-to-toe procedure, but an important one.

Hear Amber discuss the exam process in depth in the video below: 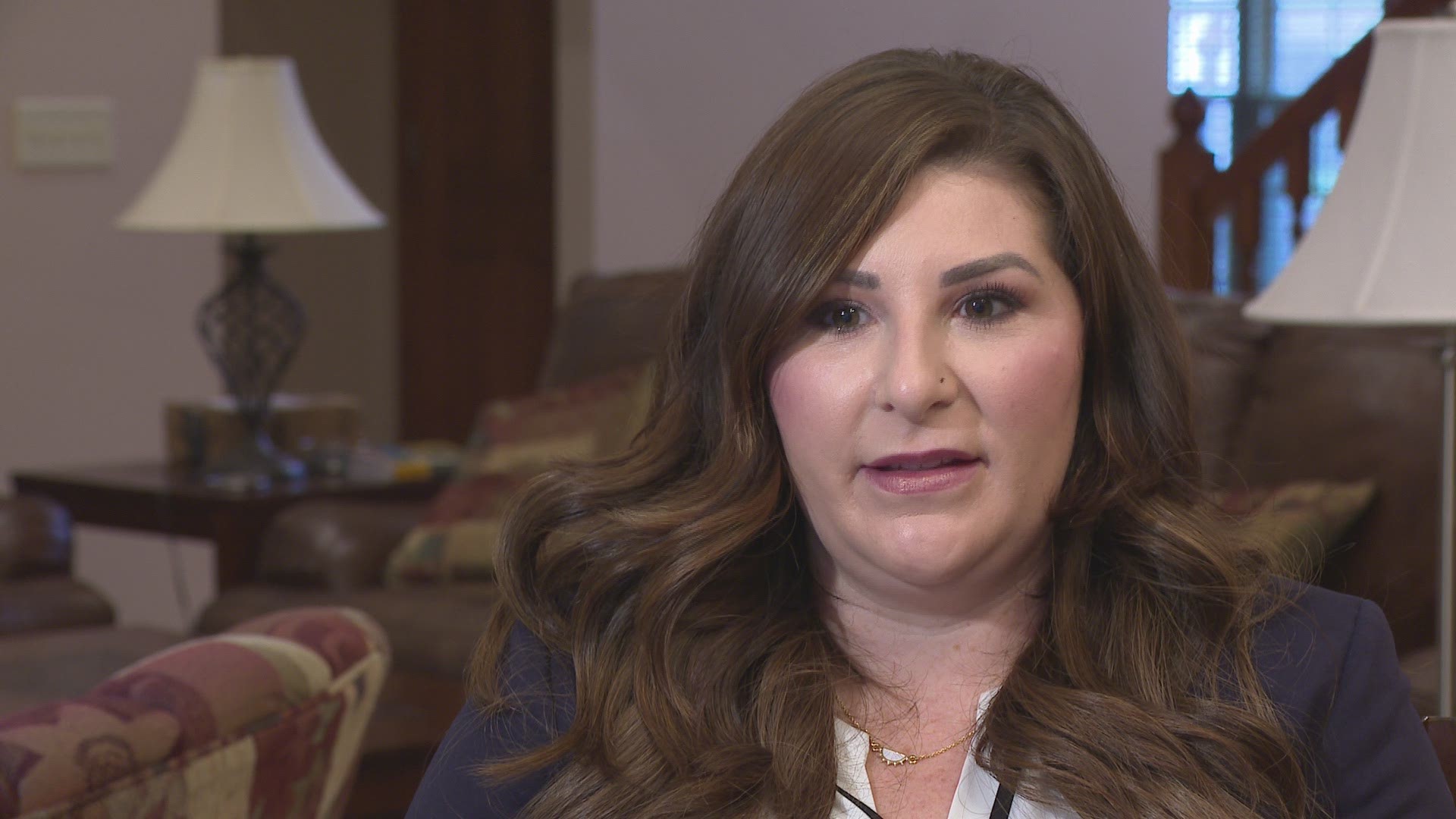 “No one would go through a sex assault exam for fun. It’s not a pleasant experience,” said Sondra Miller, Cleveland Rape Crisis Center. “The only reason why you would put yourself through that is because you want an opportunity for justice.”

The evidence gathered can be crucial in moving a case forward.

“The photographs corroborated my story to show that there was forced sex, forced non-consensual sex,” Amber explained.

Amber's rapist, Kyle Williams, was convicted and sentenced to nine years in prison.

That is not the norm. Less than 2% of rapes lead to felony convictions.

Advocates say the system needs to be fixed and it all starts with where survivors report and how they're treated.

A shortage of SANE nurses exists across the United States.

In Illinois, lawmakers have already taken action, requiring all hospitals have a SANE nurse available at all time by 2022.

Lawmakers in Ohio have yet to address this critical staffing issue.

Watch both parts of our report

Part 1 from What Matters Most:

Part 2 from What's Next: