Deadly solvent still in use despite risks 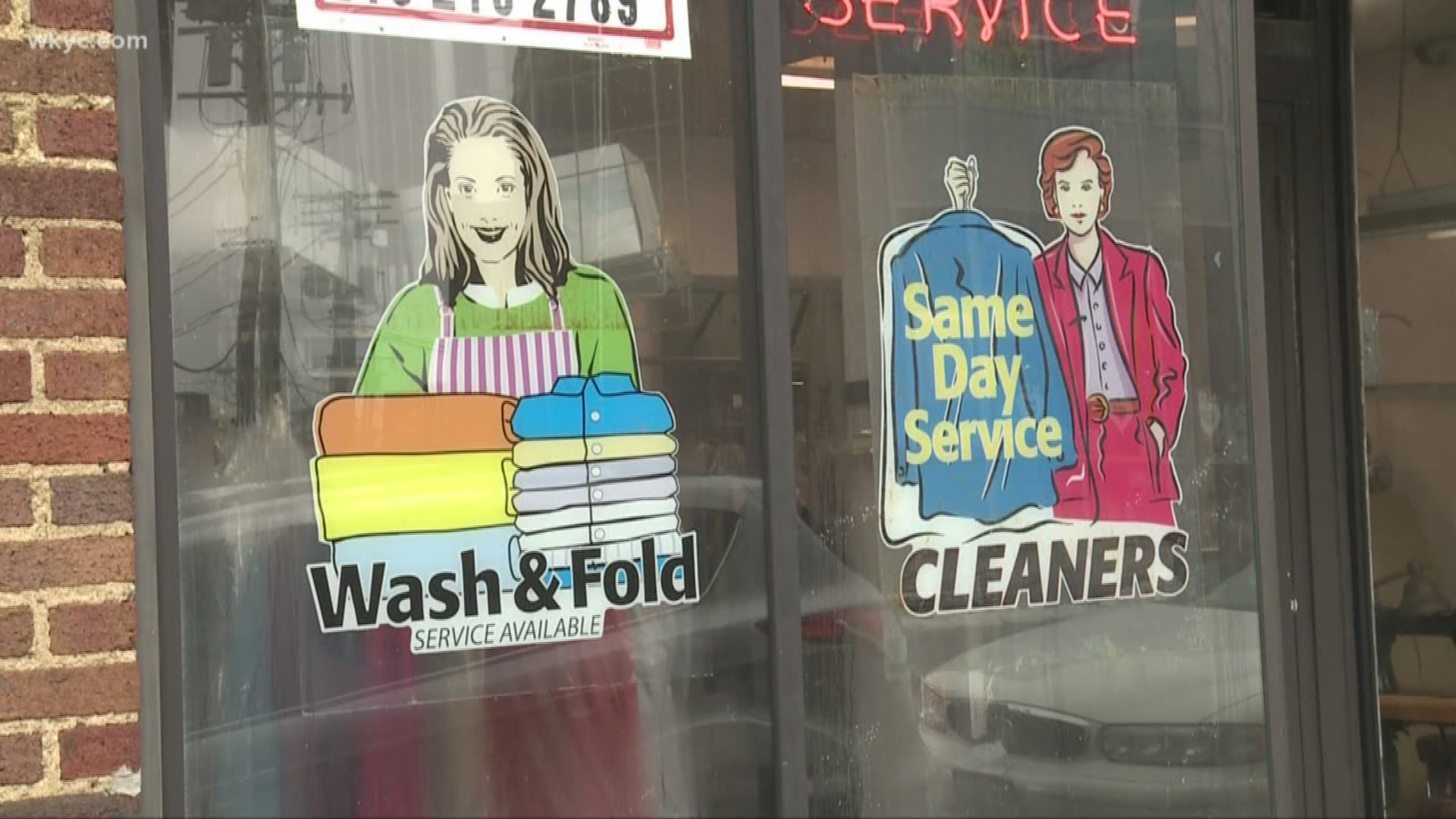 CLEVELAND — John Sammon had a vision for relocating his company

"I thought it was a fantastic building right here in Fairview," he recalled.

What his eyes didn’t see under Lorain Road nixed his property deal, he said. It also got him wondering.

"It's one of those things where it makes you concerned about what you don't know about,” he said.

Soil tests conducted in anticipation of Sammon’s purchase detected traces of a cancer-causing chemical used in dry cleaning. And located right next door: a dry cleaner.

"If this is happening in Fairview at a local dry cleaner, is it happening at other dry cleaners throughout the city of Cleveland, if not across the country? " Sammon asked.

In fact, it has happened, here and across the country. The culprit: perchloroethylene -- or perc. It’s a solvent used extensively by dry cleaners since the 1950s.

It’s also a solvent critics say should be taken out of service.

"And what I saw there, actually, I found to be extremely shocking," Whittaker said.

“There’s a lot of evidence to suggest that there’s a whole slew of health effects associated with working with perc and dry cleaning.

"We really believe that it’s time to take action on perc and do everything we can to get dry cleaners to move to safer alternatives to protect human health and the environment."

Many dry cleaners, in fact, have abandoned perc in favor of safer alternatives. The state of California has gone as far as to ban its use. 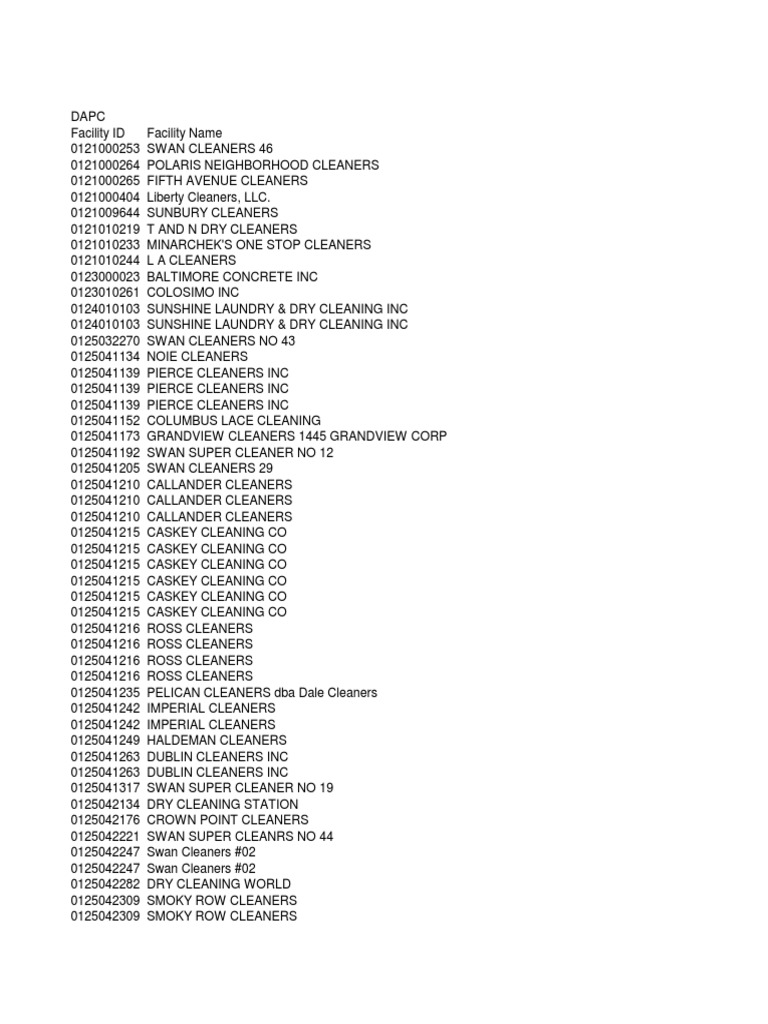 Dry cleaners who still use perc are required to register with the Ohio EPA and track its use.

But critics say the restrictions don’t go far enough, potentially leading to contaminated sites that are costly and pose unknown impacts to humans and the environment.

An EPA spokesman said the agency “is doing a lot to address this issue.”

“We have strict requirements for dry cleaning facilities that are still using perc, which includes tracking perc purchases and use, monitoring and leak-checking equipment and submitting an annual Permit Evaluation Report,” spokesman James Lee wrote in an email. “We’re definitely moving in the right direction here in Ohio."

However, storage of used perc, that could detect spills and leaks, are not routinely inspected by health or environment agencies. Instead, dry cleaners are left to inspect themselves.

“Inspections are not necessarily determined by the calendar,” Lee said. “However, if a facility does not submit paperwork according to their permit, or if other issues come to the attention of the agency, they could be subject to in-person compliance inspections more than once in a calendar year. The agency or local air authorities can do a compliance inspection anytime.

“Many dry cleaners are considered small quantity generators, and self-report their use of hazardous materials.”

In one case, a “small quantity generator” is costing taxpayers millions of dollars. A spill in Copley Township discovered in the mid 1990s is taking decades to clean up at a cost of more than $5 million.

The culprit: a family-owned dry cleaner who improperly stored perc waste, causing the contamination of nearby residential drinking water.

"It's just incredible that something like that can have such a lasting impact on a neighborhood,” said Copley administrator Janice Marshall. “Unfortunately, back in the 70s people weren't aware of the environmental impacts of some of their actions. So, unfortunately, it does take years and years for that to get cleaned up."

"And the taxpayer is paying that cost."

Steve Grace, who owns Fairmount Cleaners on South Taylor Road in University Heights “went green” several years ago. He said he recognized the hazards posed by perc on his workers and his neighborhood.

Across the Cuyahoga River, though, the Ohio EPA is now aware about the contamination along Lorain Road. But so far nothing has changed at Pat Lee's cleaners.

The property owner of the Lorain Road dry cleaner, Jerome Palumbo, acknowledged the contamination in a phone interview with Channel 3 News and said he is working toward a solution.

A store manager said she believes the contamination dates back years.

"Yeah, we use perc, but yeah, we have like a hazardous guy come in and like pick up all that stuff. I want to say that contamination has been there since the 70s or something," a manager told Channel 3 News.

"Aren't you worried about the chemical?" we asked.

According to the EPA, samples from a vacant lot next to the cleaner were “below commercial limits.”

The dry cleaner property, however, could not be immediately tested because of “ground saturation.”

The EPA plans to revisit the site.