'I was so brainwashed and I truly believed that was the right thing.' 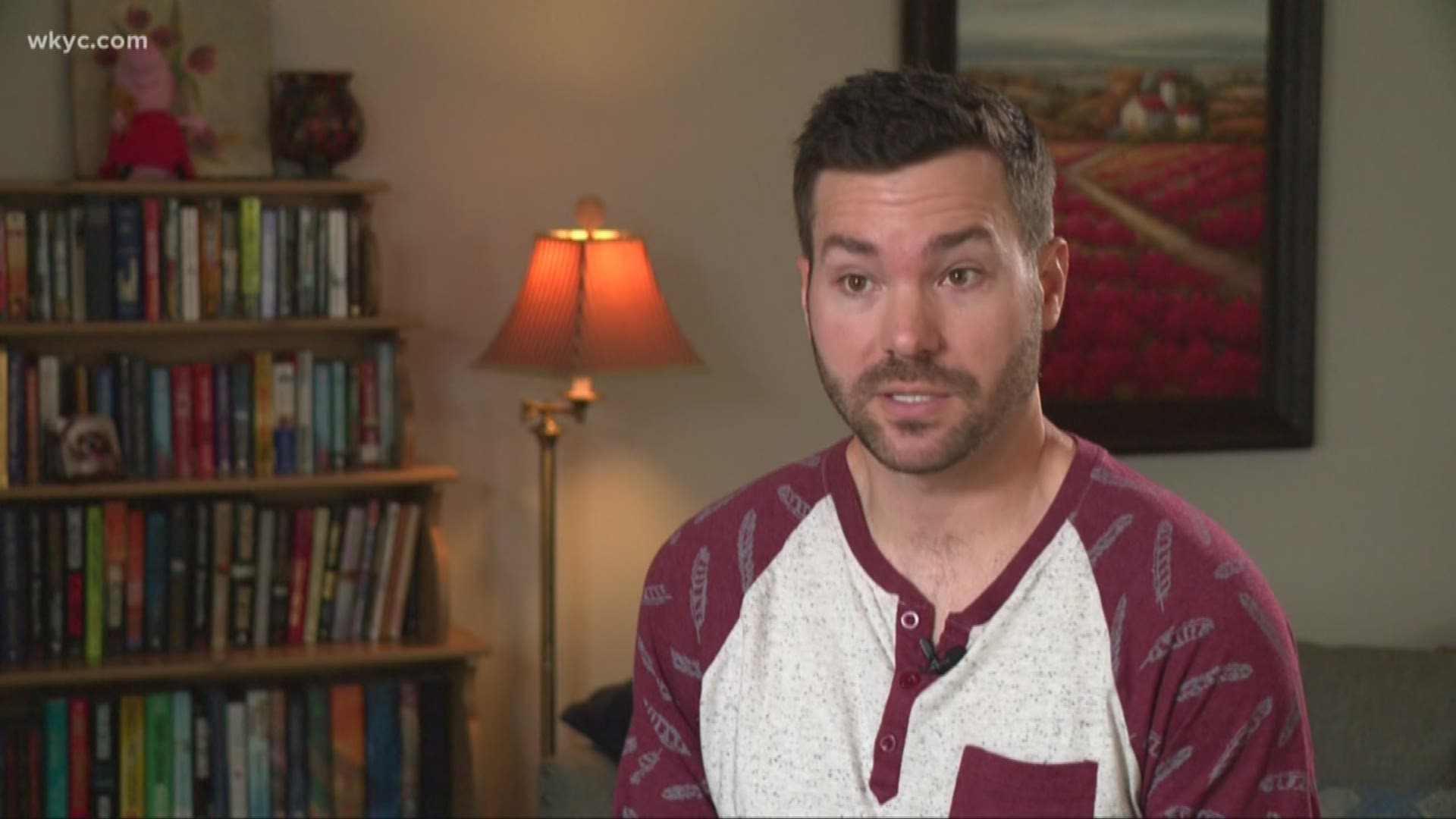 MYRTLE BEACH, S.C. — God, Grace Cathedral Church and its leader, the Rev. Ernest Angley, meant everything to Brock Miller as a boy.

There was no time for Little League or school musicals. There wasn’t even time to think of what career path he’d choose.

But Angley would help him choose his life’s purpose.

To Miller, Angley was a mystical leader, a father figure.

“Almost like a God really, because I was taught that he was a man of God, the he spoke to God, that God spoke to him and that he got answers direct from God,” Miller said in a recent interview from his home in Myrtle Beach, S.C.

“I thought that he was truly this holy man, this prophet of God, one of the greatest prophets of God to ever walk the Earth.”

So when Angley called a teenaged Miller to his office, the news he delivered was life-changing.

At 17, Brock was chosen. It was Angley who delivered the message directly from God: Miller was meant to be a pastor at Grace Cathedral, a mega church based in Cuyahoga Falls with a world-wide TV audience.

“I was shocked. I remember my instant reaction was to just start crying because I really felt thankful. I felt like God was giving me this revelation, special for me to be a pastor,” Miller recalled.

His parents, Timothy and Lori Miller, church members for over 30 years, were ecstatic.

About a decade later, Miller would flee the church, losing everything he had, just to escape Angley. His parents would follow.

Miller, now 33, is alleging in a lawsuit years of sexual abuse at the hands of the 97-year-old minister and televangelist. These are allegations that Angley strongly denies in court papers filed in Summit County. His attorneys declined comment.

“A lot of times, all I can do is just say a prayer every morning thanking God for helping me get out of there to just… for setting me free from that bondage that I was in… and sometimes that’s all I can say…I just thank God for getting me out of that mess and giving me a fresh start,” Miller said.

Miller was still a teen when he began training and working as an associate pastor. By 19, Angley had chosen a wife for him. She was 17 when they married.

“Before we even went on our first date, he told me she was the one marked for me in her mother’s womb… the one to marry me and I was to marry her.”

During the next decade as a pastor, he said he was instructed to urge young men to have vasectomies. And some women to have abortions.

“As a pastor, part of my job, anybody that I married I had to call in the young man and tell him that it was God’s will for him to have a vasectomy and that you need to have that vasectomy, that it’s not God’s will for you to bring kids into the world. The world is too evil.

“I deeply regret calling people in and instructing them to get vasectomies. I really do. I hate that I ever did that.”

As a pastor, Miller said he was given access to Angley’s inner-circle. It was often dark.

“A side of him that I didn’t know existed.”

It also was odd, conflicting. Troubling, to the young minister.

“I was so brainwashed and I truly believed that was the right thing.”

The first allegation of sexual misconduct Miller alleges in his lawsuit happened just prior to his wedding. Still a virgin at age 19, he had questions about sex that he wanted answered. He naturally went to Angley.

“And instead of giveing me an answer like a pastor should, he said, well, I’m going to have to see your penis,” Miller recalled. “I trusted this man, I really did. I trusted him. I didn’t think he had any bad intentions.”

Angley has marketed himself as a healer, both inside his church and on his cable television broadcasts. He’s been an Akron icon for well over 50 years.

So Miller moved. Years later, however, when Miller developed a rash, it was Angley whose help he sought.

“He said I needed a special massage,” Miller recalled.

Angley invited Miller to his home, a place normally off limits, even to those in his inner circle. Brock considered it an honor. Until Angley opened the door.

“He answered the door in his pajamas,” Miller said. “And he led me to his bedroom.”

“And I just stared at him and I was… I didn’t say anything because I didn’t know what to say and so he repeated himself. Go ahead and take your clothes off and get naked.”

“Again, in my mind, like the first time this happened I’m just thinking like this is a bad dream and I’m just praying, God just let this stop. Just get me through this. Like I just got to endure this, get through it and everything will be fine.”

“Again, before I left, he told me several different times, ‘Now you make sure you don’t tell anybody about this. This is to stay between me, you and God.’”

“Oh, looking back, yes, I absolutely knew what was happening. That I was being violated and sexually abused.”

More visits followed. Always in uneasy secret, covert encounters he kept from his wife. Special anointed massages, head to toe. Back and front.

“What do you say to that? In my position, I felt like I didn’t have a choice.”

Once his wife learned of the visits, Angley backed off, he said. But not for long.

“I remember when he told me, my whole heart just sank, like I thought that that was over and done.

“But now, it was like, it was happening all over again. It was out of fear and it was the same type of thing. But it was more invasive this time.”

“Somehow, I went to a faraway place. I still don’t know how I did it.”

He remembers Angley praying, sometimes in foreign tongues, as he caressed Miller’s skin. He said Angley never actually fondled him.

Timothy Miller and his wife raised Brock in the church. For over 30 years, they devoted their time and the tithes.

Brock’s moment of clarity came in Angley’s bedroom during another anointing. Laying in Angley’s circular bed, Miller naked, as usual.

“He said, ‘I’d really like to teach you how to give a good [passionate kiss] and I said, instantly, I said, No! No! And it was just like the veil was completely lifted from my eyes and I saw him in that moment for the monster that he is.”

Miller held out hope for 18 months, hoping the aging Angley would retire or die. About four years ago, he moved to South Carolina to be with family members. He is divorced.

“For me, I was trying to get as far away from it, to leave it all behind. But I got here and it hovered over me like a dark cloud and I’ve never been able to escape it.”

His parents left the church as well. They’ve now changed their views on the minister they long trusted after learning the alleged hardships their only child endured. The Millers say they have been shunned by most of their former church family.

“At first it made me realize questions I had in my mind for years, all of a sudden I knew the answers to all of them… after a few nights without sleep I wanted to kill the man,” Timothy Miller said.