Family of Kate Brown, who was murdered in Rocky River Reservation with Carnell Sledge, frustrated by Metroparks’ removal of signs asking for tips

The family recently placed new signs reminding visitors of the case and of the $100,000 reward. 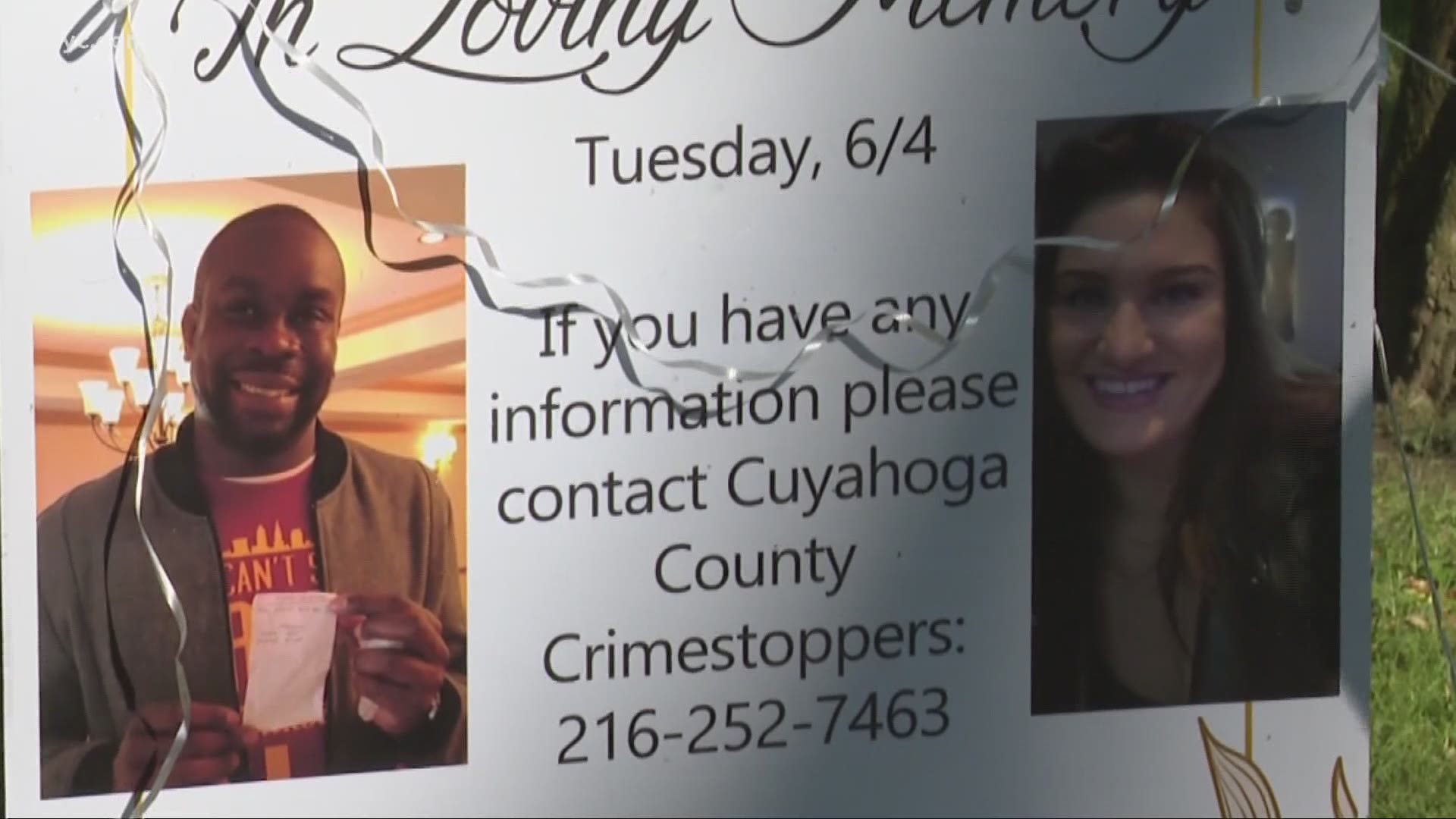 Brown often went to the park to run, meet friends and play cards with her mother.

“It was her solace,” Lauren Rao, Brown’s sister told 3News Wednesday afternoon at the site where Brown and Sledge were shot. “For her to come here and enjoy the beauty of the park and then be shot in the back of the head and die is really, really tough to think about.”

The crime remains unsolved and something Brown’s family doesn’t want the public to forget. So, the family recently placed new signs along the park roadway near the scene asking the public for help and reminding people of the $100,000 reward. But the Metroparks removed the signs almost immediately, telling the family the signs violated park rules on signs.

Today, the family spoke to 3News about the importance of the signs and called on the Metroparks to reconsider.

“I think the most important detail is that the case is that it is unsolved,” Alex Zuban, Brown’s other sister, said.

About the signs, she said: “We have to come out and do it again because the Metroparks is unwilling to aid us in this call for help.”

The signs were a fixture along the roadway for months after the murders. They first asked joggers, bikers and drivers if they saw anything. Later, the signs highlighted the $100,000 reward, most of it from the family.

With leads gone cold and the two-year anniversary of the murders approaching, the family printed new signs and placed them along the road last Tuesday. The Metroparks immediately removed them.

“I didn’t receive a call from the Metroparks,” Zuban said. “You in fact are the one who told me they were removed. We wouldn’t be here if the signs were still up. There would be no need. This is the only power my family has in this investigation. Only way to help is with little things like this, and to take away that power, it was so defeating and felt dividing between the Metroparks and the families.”

3News reached out to the Metroparks on Wednesday, asking for an update on the case and about its decision to remove the signs. They park system did not address the sign issue. But it noted the case has been featured on Crime Stoppers and on billboards in the past.

Tom Brown, Kate Brown’s father, said he respects the sign ordinance but argues there has to be an exception given the gravity of the situation.

He said the Metroparks should be making the signs as well.

“I’d have my own people making signs and putting up signs to get this solved,” he said. “This can’t go on. You can’t just turn your cheek and walk away. It’s not going to go way because we are going to do everything we can to keep this in the public eye.”

Zuban said that’s just one of the reasons the family must keep talking.

“We all need the help of the public to reach the conclusion and that conclusion is that someone talks about it and someone spoke about it in a bar and someone bragged about it to a buddy and we need those people to come forward to break the case. That’s why we need to remember this spot and remember the people that were here – they deserve that.”