First on WKYC: Cuyahoga County indicts 7 for 'one of the biggest thefts in Giant Eagle history'

According to the indictment, the customers would fill "one or more grocery carts with items for sale – typically the items chosen were baby products, paper goods, personal care items, cleaners, other non-perishable goods, and retail gift cards." 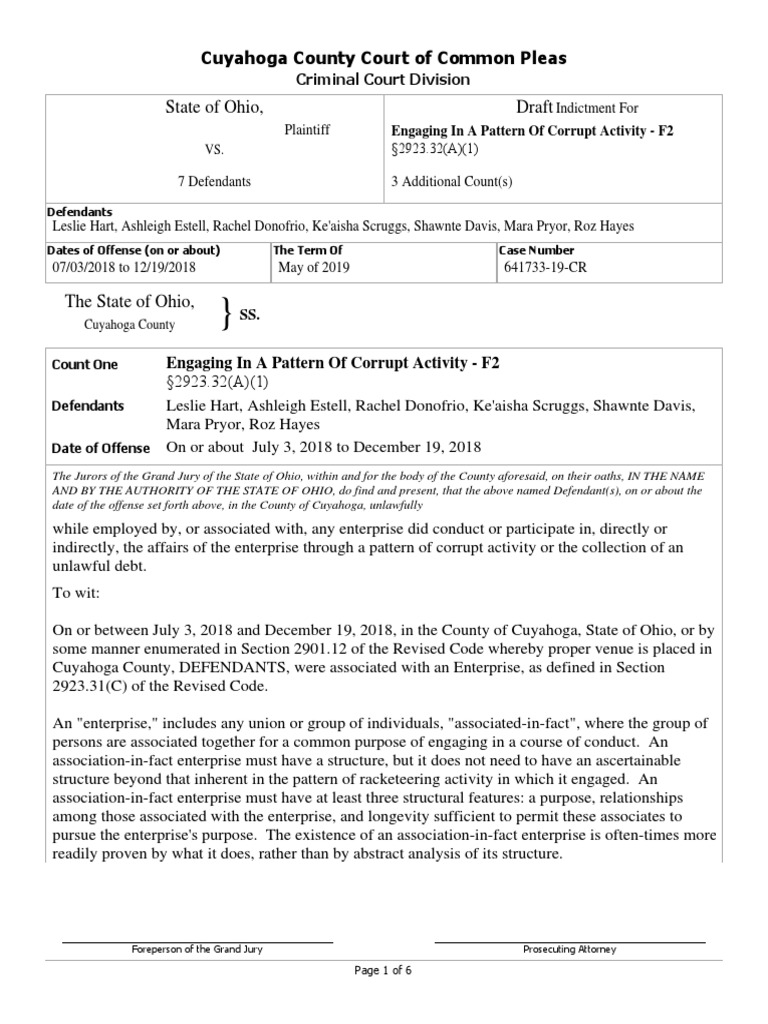 Giant Eagle theft indictment | Grand Jury | Theft
The common purpose of the Enterprise and its members is theft by means of a coupon fraud scheme. The methods of accomplishing this scheme is fairly consistent. Members of the enterprise fall into two categories: store employees and customers. These categories are also interchangeable in that during many of the fraudulent transactions, the store employees were the customers.

The items would be scanned at the register and cards would be activated, with the "customer" offering coupons which were non-matching or otherwise ineligible.

"When the store register would decline the coupon, the employee member would simply override it and apply the coupon anyway," the indictment read.

Transactions averaged more than $400 apiece, with the customers paying less than $20.

According to the indictment, the offenses took place between July and December 2018.

Many items were also sold at makeshift pop-up stores, at least one of which was in a storage unit, with customers paying pennies on the dollar.

One law enforcement official described it as "a doomsday bunker."

An audit within Giant Eagle ultimately discovered the coupons did not match the products sold, and the company notified police.The supermarket chain issued the following statement regarding the indictment.

“We are extremely disappointed by the illegal activities allegedly undertaken by these former Team Members. These reported actions in no way reflect Giant Eagle’s high ethical standards. As the matter is with the authorities, we are unable to comment further,” said spokesperson Daniel Donovan.

The seven now face charges of money laundering, grand theft, conspiracy, and engaging in a pattern of corrupt activity, which carries a sentence of 2-8 years in prison.