The results of our statewide survey revealed a 700% increase in the number of students caught vaping. 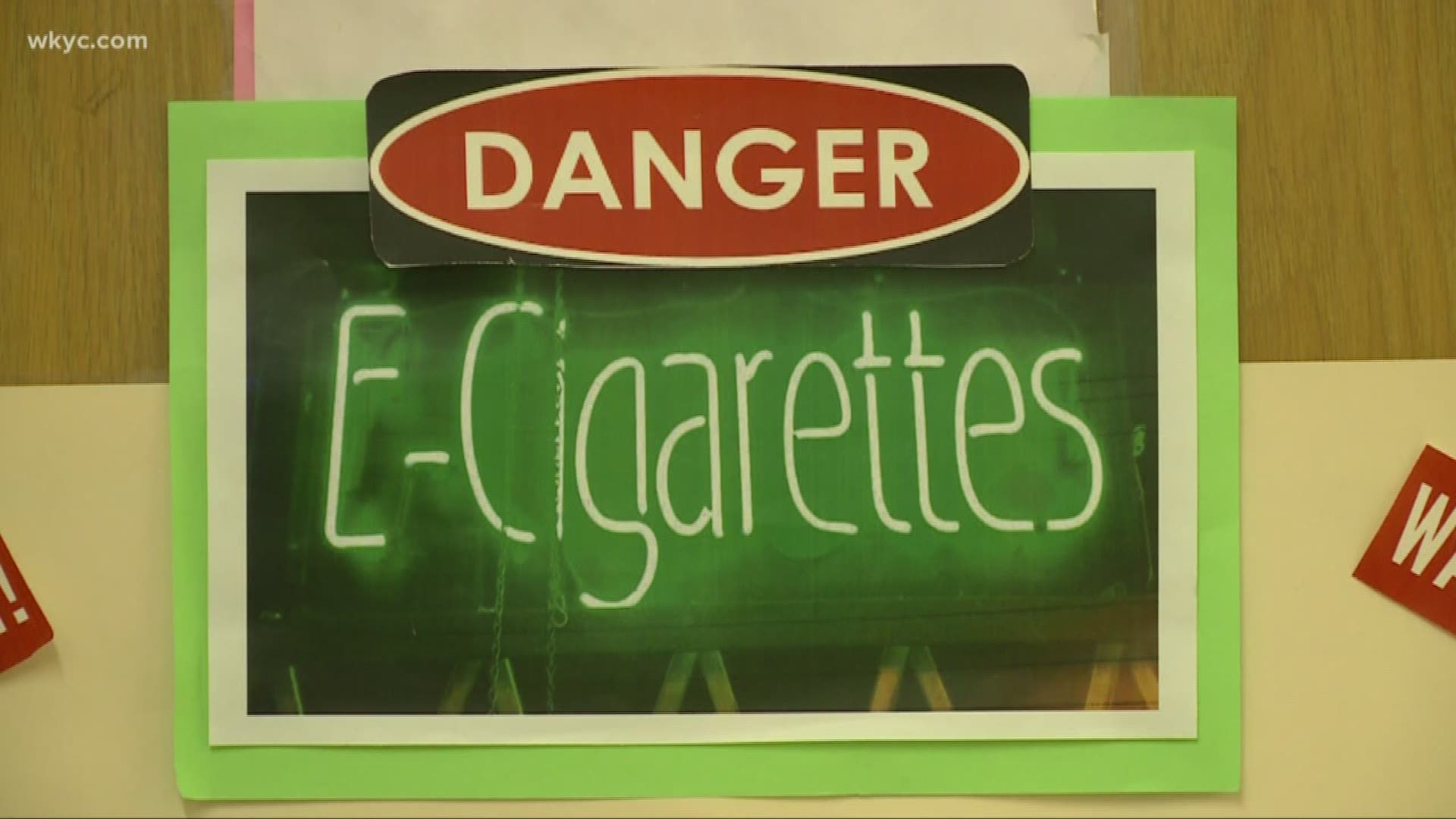 3News has been exploring the statewide vaping epidemic impacting teens all this month in our exclusive series called 'Clearing the Air.'

PART 1: Clearing the Air: How school districts are cracking down on vaping

PART 2: Clearing the Air: Is Juul to blame for the nation's vaping epidemic?

PART 3: Clearing the Air: As vaping concerns rise, so does its use in schools

The results of our statewide survey, done in partnership with our sister stations in Columbus and Toledo, revealed a 700% increase in the number of students caught vaping.

That's something DeWine and the Ohio Department of Education says needs to change.

"I think you did a great job reporting this and coming up with this information which I think is helpful in sparking a lot of discussions," said Mandy Minick, Deputy Director of Communications for the Ohio Department of Education. "One of the things that we are committed to doing is trying to help to make sure that we are keeping students safe, keeping them healthy and out of danger. And so we agree with the governor’s office that this is something that we need look at in Ohio at a statewide level."

Eve Mueller, Deputy Director of Communications for Gov. DeWine, added, “Gov. DeWine will work with State Superintendent Paolo DeMaria and the State Board to encourage better data collection around youth vaping and hopes the Board will change its policy to capture specific information about vaping disciplinary issues at Ohio schools. In addition, he will ask ODE to consider surveying schools to gather facts about vaping incidents to provide a current snapshot of the data."

Our 3News investigation revealed vaping incidents in schools rose from 773 to 6,400 over the past three school years.

"As a state, that’s a concerning issue and we should try to have the tools to identify the problem," said Daniel Rambler, of Akron Public Schools.

Akron Public Schools is one of the many districts that gave us data for tobacco policy infractions, but could not give us data specific to vaping.

"For the state, that’s incredibly important to do so that way it can be determined there’s probably hot pockets of the area of the state where it’s more prevalent and then how do you design prevention tools to those areas," Rambler said.

"We’ve been doing that since we started learning about vaping," said Aimee Kirsch, of Copley-Fairlawn City Schools. "If we encompass vaping along with tobacco usage we’re not going to be to know how big of a problem is this and what we need to do to remedy the problem."

So what’s the timeline for ODE's statewide survey?

The department is still in the planning phase of the project. 3News is told it will take at least a couple of months before there will be any preliminary data.

RELATED: Flavored vape ban back on the table, Trump to hold meeting Friday