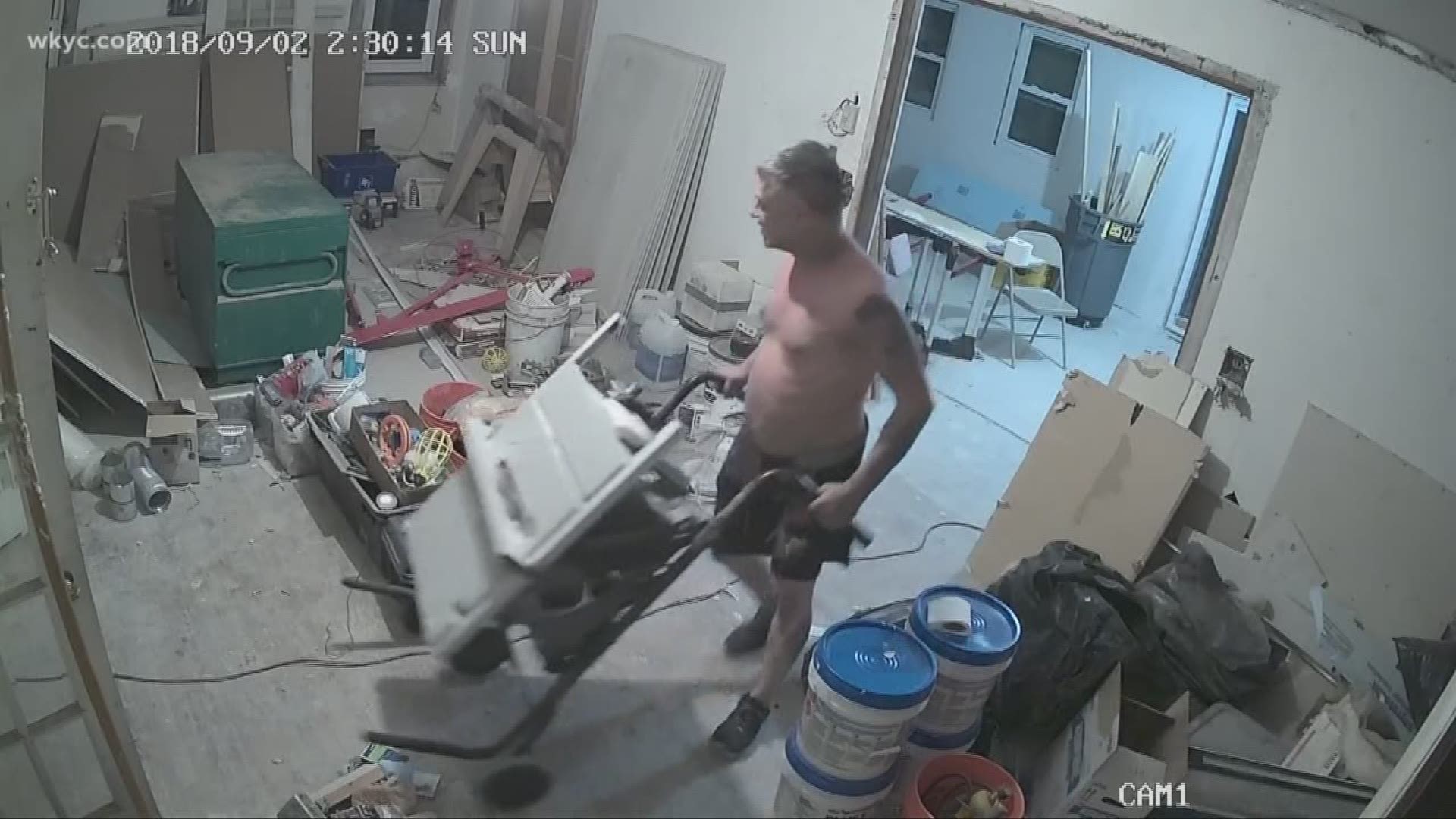 Watch Part 2 to this story here.

Finding a trustworthy contractor, home health aide or cleaner is much like spinning the roulette wheel. You can never be sure what you’re going to get.

But there are ways to protect yourself, your money and your home. The Investigator, Tom Meyer spoke with experts on how to create an action plan to stop thieves.

Prosecutors say subcontractors William Cole Sr. and Phillip Roark Sr. were caught on home security cameras stealing thousands of dollars worth of tools belonging to the homeowner’s contractor. The owner is rehabbing a $350 thousand home in Chester. The bare-chested Cole was taking everything in sight and nearly became buck-naked when he shoved a crowbar down his shorts. He soon discovered he was on camera and tried unsuccessfully to destroy the video evidence..

“I was very angry. I felt so violated,” said Scott Baker, the homeowner’s contractor.

Cole was charged with burglary, theft and vandalism. He already has a lengthy record that includes convictions for theft, fraud and breaking and entering.

“Anytime you hire someone in the trades, you’re hiring shady people,” Baker said.

Often homeowners vet the general contractor, not subcontractors like Cole.

“Sometimes the contractors don’t know the subcontractors very well, or they subcontract with a company and you don’t know who the company is sending out,” said Geauga County Prosecutor Jim Flaiz.

“Just a manipulative criminal with no conscience,” said ‘John’ who asked that we not use his last name. He lives in an upscale suburban Cleveland neighborhood, where he invited Ballard into his home for hours of face to face meetings.

Ballard failed to rehab ‘John’s condo as promised and took his $15 thousand and ran.

“It didn’t cross his mind that he was a con man looking to steal as much money as he could,” ‘John’ said.

Ballard is charged with ripping off others for tens of thousands of dollars. He claimed to own Custom Construction Services, an unregistered business in Ohio.

Prosecutors say Ballard carried out his scam with referrals from a real estate agent who police say wasn’t exactly forthcoming about Ballard’s close relationship with the agent’s daughter. A detective confronted the agent and told her that he later learned Ballard was dating the agent’s daughter and she failed to disclose that information. When the agent was asked why, she said “because you(the detective) didn’t ask.”

Ballard has something in common with Cole. They’re both felons with pending criminal cases. Ballard refused to answer any questions from channel 3 Investigator Tom Meyer as he awaited a hearing at Common Pleas Court in Cleveland. A Judge ordered Ballard locked up for six months.

The fastest growing job in Ohio is at-home caregivers. More and more elderly are hiring help to look after them in the comfort of their own homes. But with rampant growth comes outrageous abuse.

Little did Nick and Carol Trivosonno know that Charmayne Dayse was a convicted thief when they hired her as a home health aide. Dayse was convicted of stealing $170 thousand from the elderly couple who suffered from a number of serious illnesses.

“We hired her in good faith. I think it’s a dirty shame what she did to us,” Nick said.

Prosecutors and consumer advocates say there are a number of steps you can take to help insure you or a loved one don’t become the next victim of a worker you invite into your home.

They say it’s important that everyone who enters your home is vetted, including the subcontractors. Homeowners can make it a requirement of their general contractor that he or she run criminal background checks of every subcontractor who does work on your home.

Ass’t Cuyahoga County Prosecutor Brent Kirvel advises homeowners to check social media websites, municipalities and small claims court for any complaints that might have been made against a contractor or subcontractor you’re thinking of hiring.

If the contractor has an LLC, Kirvel says check with the Ohio Secretary of State to see if the LLC has been up and running for prior work.

Kirvel urges homeowners to check with title companies to see if they offer escrow services for home remodeling.

“It sets up a regimented set of payments, goals that have to be met before payments are disbursed,” Kirvel said.

Reputable contractors recommend hiring someone you know or go with a referral from a trustworthy source.