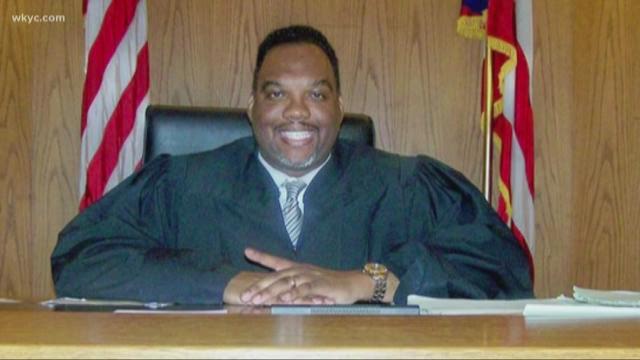 Lance Mason, a former Cuyahoga County judge who was removed from the bench and sent to prison for a violent attack on his wife, has taken a job in Cleveland City Hall.

Cleveland Mayor Frank Jackson signed off on the hiring of Mason in late August as the city’s director of minority business administrator.

Mason served nine months in prison for viciously assaulting his wife in 2014. It happened as the couple drove in a car with their two children on Van Aiken Boulevard.

A spokeswoman for Fudge did not respond to a request for comment.

In fact, a Jackson spokesman became irate when Meyer showed up at City Hall on Tuesday to ask Mason for an interview.

“Turn it off,” city spokesman Dan Williams demanded as a Channel 3 News camera recorded his conversation with Meyer.

Meyer then tried to explain the purpose of his investigation.

“Dan, I’m just trying to explain to you. I’d like to know the circumstances of [Mason’s] hiring,” Meyer said.

“I don’t know him. I don’t know the circumstances,” Williams said, adding that Jackson believes in giving people second chances.

That’s not the case for the body that oversees attorneys in Ohio.

Earlier this month, the Ohio Supreme Court's Board of Professional Conduct joined with the Ohio State Bar Association seeking to have Mason’s license permanently revoked. His license is currently suspended.

Justices on the state Supreme Court have the final say. They have yet to rule.