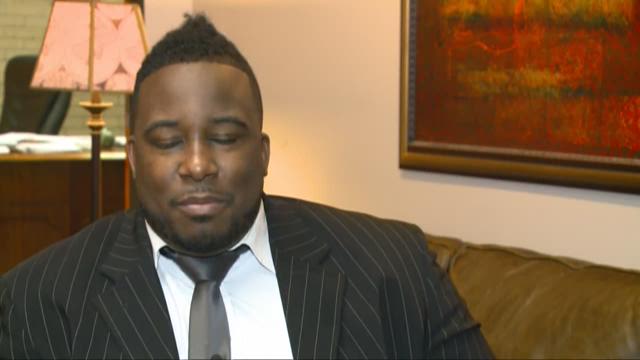 “I’m going to sell you a dream for the taxpayer’s cash,” his sales pitch went.

Green spent three years recruiting Northeast Ohio students to the University of Phoenix. But it wasn’t only students he said he duped. Green and fellow workers took out government-paid tuition waivers and pocketed tens of thousands of dollars every year.

With the money, Phoenix workers took trips, bought cars and jewelry. Some used the cash as a down payment on a home.

It all ended when he sent an email to a fellow employee at their Beachwood office. Green wanted to blow the whistle on the online giant’s recruiting methods.

“I was fired because I was going to blow a multi-billion dollar whistle. That’s why I was fired,” he said.

A spokesman for the University of Phoenix said the company could not comment directly.

“The University believes the claims are without merit,” spokesman Geoffrey Vetter said in an emailed statement.

The University of Phoenix is the largest for-profit college in the U.S. Critics say its reliance on federal student loans – it leads all colleges with $35 billion in total student loan debt – while graduating less than 20 percent of its students.

Once the model for online, for-profit colleges, the University of Phoenix has, however, fallen on hard times as national enrollment has dropped from about 500,000 students to nearly 200,000.

Green worked for the university when the company was at its peak in 2009 to 2012. The pressure to enroll students was intense, he said. Recruiters fed on students – many unemployed adults – who were as distressed as the country’s economy.

As a result, University of Phoenix students were willing to apply for federal loans and grants.

“It was a tough time for a lot of people and that was a big, big seller for us,” Green said. “Because, hey, [there’s] not a lot of jobs, the economy is tough, so guess what you need? You need more education.”

And poorer students had easier access to government funding. Little was mentioned about the heavy loan debt the students were incurring. Many took loans worth more than $40,000 during their tenure.

“We were trained to say, ‘Hey, this is government money. This is free money.’ Get them in. Get the sale. Don’t really worry about their life after enrollment. That was the whole mentality,” Green said.

In their quest, Green said, recruiters were told to enroll students who lacked a high school degree and thus wouldn’t qualify for enrollment and federal loans.

“It wasn’t about education. It had nothing to do with that,” he said. “It was about getting them in there and getting the government dollars.”

Government dollars also went to university employees, Green said. Workers routinely were told to seek tuition waivers – loans from the government – under the guise of paying to attend the University of Phoenix.

“If you have $20,000 cash in your pocket courtesy of Uncle Sam and the IRS don’t know about it, are you really going to tell?,” Green said.

Attorney Warner Mendenhall has filed a federal lawsuit on Green’s behalf. The U.S. government declined to join the lawsuit. The suit is pending.

Mendenhall said it was not only students who were victimized by the college.