There were more than 1,000 traffic deaths in Ohio last year. Vision Zero looks at traffic crashes as preventable incidents that can be systematically addressed. 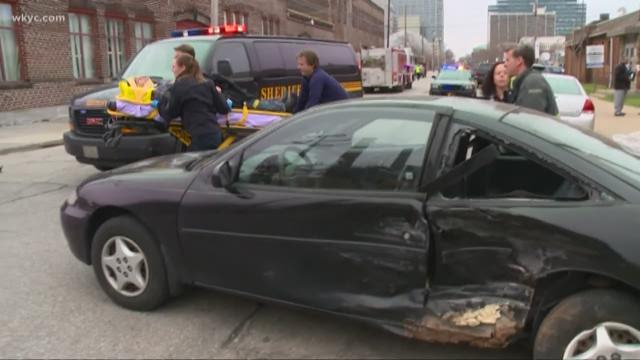 Imagine a city with no traffic-related fatalities. It's the goal of 'Vision Zero' to do exactly that in the city of Cleveland.

The action plan is seeing positive results in cities like New York which reports a reduction in traffic-related fatalities since Vision Zero was rolled out three years ago.

In Ohio, there were more than 1,000 traffic deaths last year. Nationwide, the number skyrockets to 40,000. Most of those accidents were preventable.

"What is the acceptable number of traffic deaths," asks Andy Young, a truck safety attorney in Cleveland. "How many fatalities are acceptable."

Young says if you consider family, there is no acceptable number other than zero.

In the past month, members of Mayor Frank Jackson's staff, Cleveland police, safety experts and city council leaders have been meeting in private to discuss Vision Zero. Councilman Matt Zone says he plans to make a formal announcement next month that Cleveland will become a Vision Zero city.

"We're going to have very methodical hearings focused on various sectors. Transportation. Vehicles. Enforcement, Education. All of that comes into play," said Zone.

Vision Zero looks at traffic crashes as preventable incidents that can be systematically addressed.

Zone says the goal of Vision Zero may take a couple decades to reach, but he feels strongly that's it's a realistic objective if the community is committed to preventing deaths and improving road safety.

"I'm looking forward to the day when we can say in the city of Cleveland, we've had zero fatalities," Zone said.

When the city of New York released its Vision Zero plan in 2014, it outlined 63 separate initiatives that the Mayor's Office and a number of city agencies carried out. They included: making high-visibility crosswalks the standard crosswalk citywide, upgrades to at least 20 key cycling intersections, and lighting upgrades at 1,000 intersections.

New York's mayor said the status quo was no longer acceptable and that the city will use every tool at its disposal to improve the safety of city streets.

In Cleveland, expect a big announcement in January followed by public hearings and a public campaign to end traffic deaths.