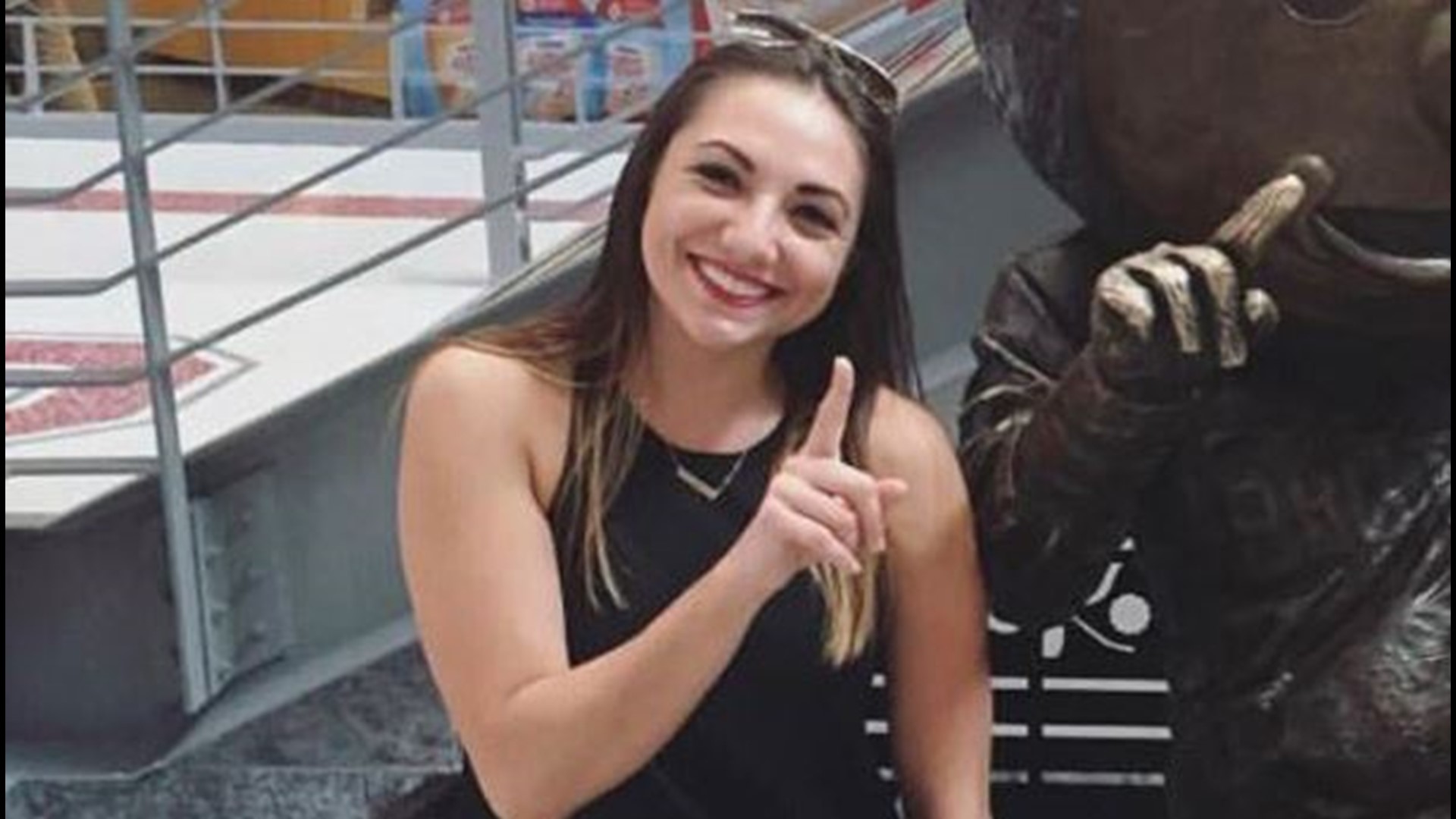 House lawmakers re-introduced a bill Thursday named after murdered Ohio State student Reagan Tokes that aims to shore up shortfalls with how ex-prisoners re-enter society and are monitored by parole officers once they leave prison.

10 Investigates has exposed example after example of the state’s repeated inability to closely monitor violent ex-offenders in recent years.

The results were deadly.

Reagan Tokes became one of the more notable cases that drew national attention.

Lawmakers argued Thursday that if certain provisions were in place in 2017 to better track violent offenders, Reagan Tokes might still be alive.

In February 2017, the Ohio State senior was kidnapped, raped and fatally shot by Brian Golsby - a convicted sex offender who had recently been released from prison months earlier.

Because of his violent criminal record, no halfway house would accept Golsby, so he was released from prison homeless but assigned a GPS ankle monitor.

The problem was nobody adequately monitored his whereabouts.

He wasn’t tracked in real-time and there were no “inclusion” or “exclusion” zones that would’ve restricted his movements, the bill’s primary sponsor, Rep. Kristin Boggs, D-Columbus, pointed out during Thursday’s House criminal justice committee hearing.

Put another way, Golsby was not closely monitored despite having a GPS device strapped to his ankle.

Golsby committed a string of robberies in the weeks and days leading up to Tokes’ murder.

10 Investigates’ reporting uncovered how the lapse in monitoring Golsby was not the first time – nor the last – that the state failed to closely track offenders. Part of the issue is that parole officers have been overwhelmed with cases. At the time of Tokes’ murder, there were roughly 450 parole officers in Ohio assigned to cover more than 38,000 ex-prisoners under some type of post-release supervision.

10 Investigates has spent years investigating this issue – releasing this investigative report in November 2019 and again in April 2018 following the murder of Columbus resident Rachael Anderson by convicted rapist Anthony Pardon, who was later convicted of Anderson’s murder and sentenced to life in prison.

The Reagan Tokes Act aims to fix those shortfalls by creating a re-entry program for offenders and setting standards for parole officer caseloads so that they’re not overwhelmed.

A previous Senate bill that dealt strictly with changing sentencing guidelines for certain violent offenders has already become Ohio law and was signed by then-Gov. John Kasich. The bill changed how some violent offenders could be sentenced to a range of years in prison rather than a set finite term. The goal was to incentivize prisons to behave while behind bars in order to get a sentence reduction.

Golsby racked up 52 sanctions while in prison prior to his release in 2016. He is currently serving a life sentence for the murder of Reagan Tokes.

“The Tokes family remains committed alongside the co-sponsors of this second bill to see it to the finish line. We are optimistic the legislative bodies in Ohio will do what’s right on behalf of the innocent citizens they have a duty to protect by getting this bill passed.”