The company had dozens of positive reviews, so Alexa Magyari trusted them to transport her three dogs. They never made it to her new home in Broadview Heights. 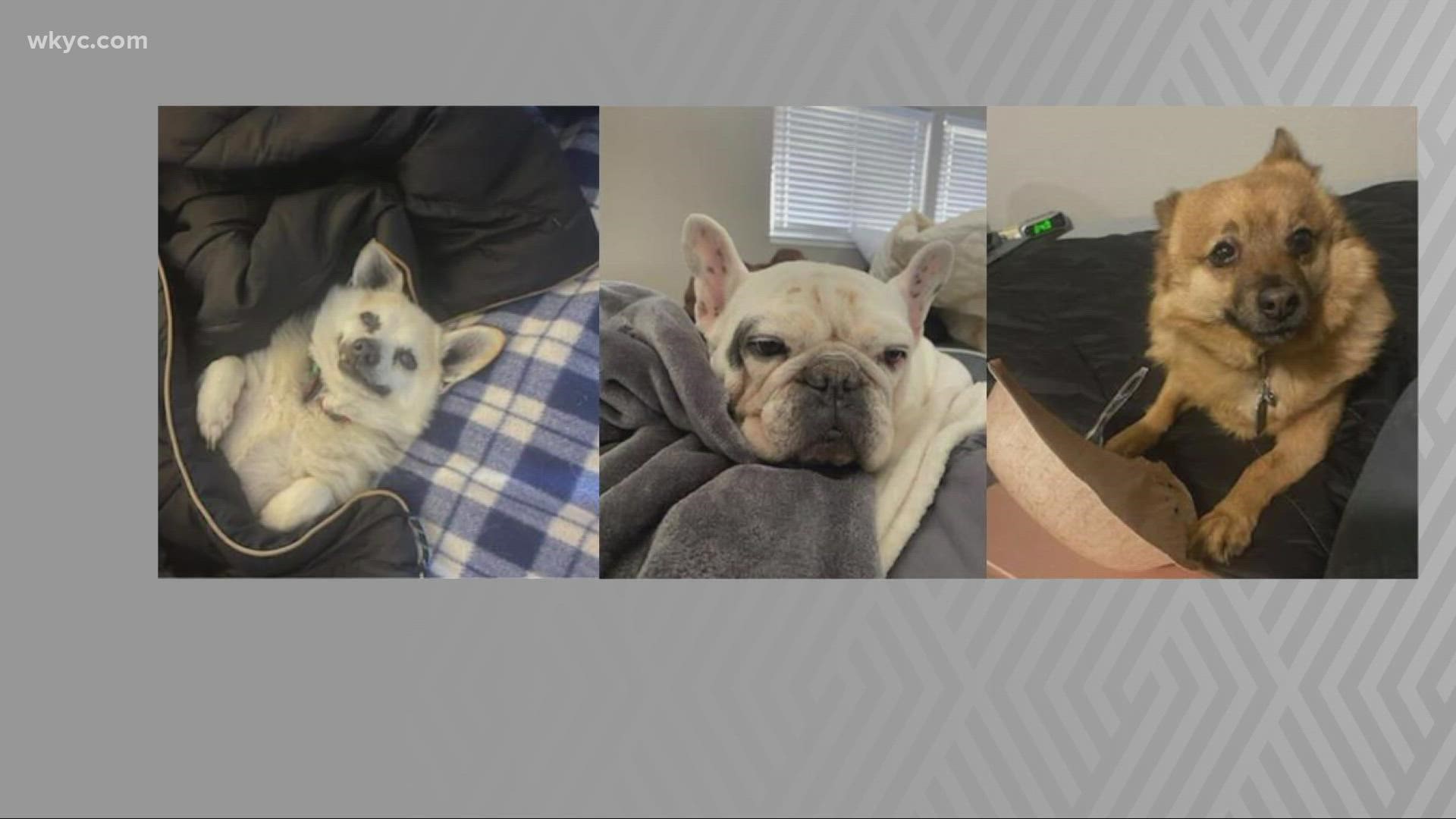 BROADVIEW HEIGHTS, Ohio — A transportation service lost what a local woman calls her most precious cargo: her dogs.

Alexa Magyari said she did her homework before hiring a pet transportation service to drive her three dogs – who she calls "her babies" -- from California to Northeast Ohio.

"We had to use a shipping company because I was concerned about the risk of taking my French bulldog on an airplane, and I have an auto immune disease so I had to fly," said Magyari.

Loving Pet Transport had dozens of positive reviews on uShip, so Magyari trusted the company to transport her 18-year-old chihuahua mix named Albus, her 7-year-old French Bulldog who is also deaf named Milo and her 7-year-old Pomeranian mix named Roo. But the dogs never made it to their new home in Broadview Heights.

"Our hope is that our boys are out there somewhere and we just want to find them, and we want them to come home," said Magyari.

Magyari says the transporter, Bryan Welker of Loving Pet Transport, picked up her dogs on Friday, July 30th in Pleasant Hills, California. He stopped responding to her on Saturday, July 31st.

After she posted about her experience on social media, she said Welker called her and said her dogs ran away in Washington state.

That's when she called the police and 3News.

Almost 30 minutes after we called Welker, Roo, the Pomeranian mix, was dumped near a Humane Society in Kentucky.

Magyari was reunited with Roo. Albus and Milo remain missing.

Albus and Milo are both chipped.

If you see them or have any information about there whereabouts, you can take them to a humane society, a shelter, or call the police.