78% of the prisoners at Marion Correctional have tested positive for coronavirus and almost all didn't know. 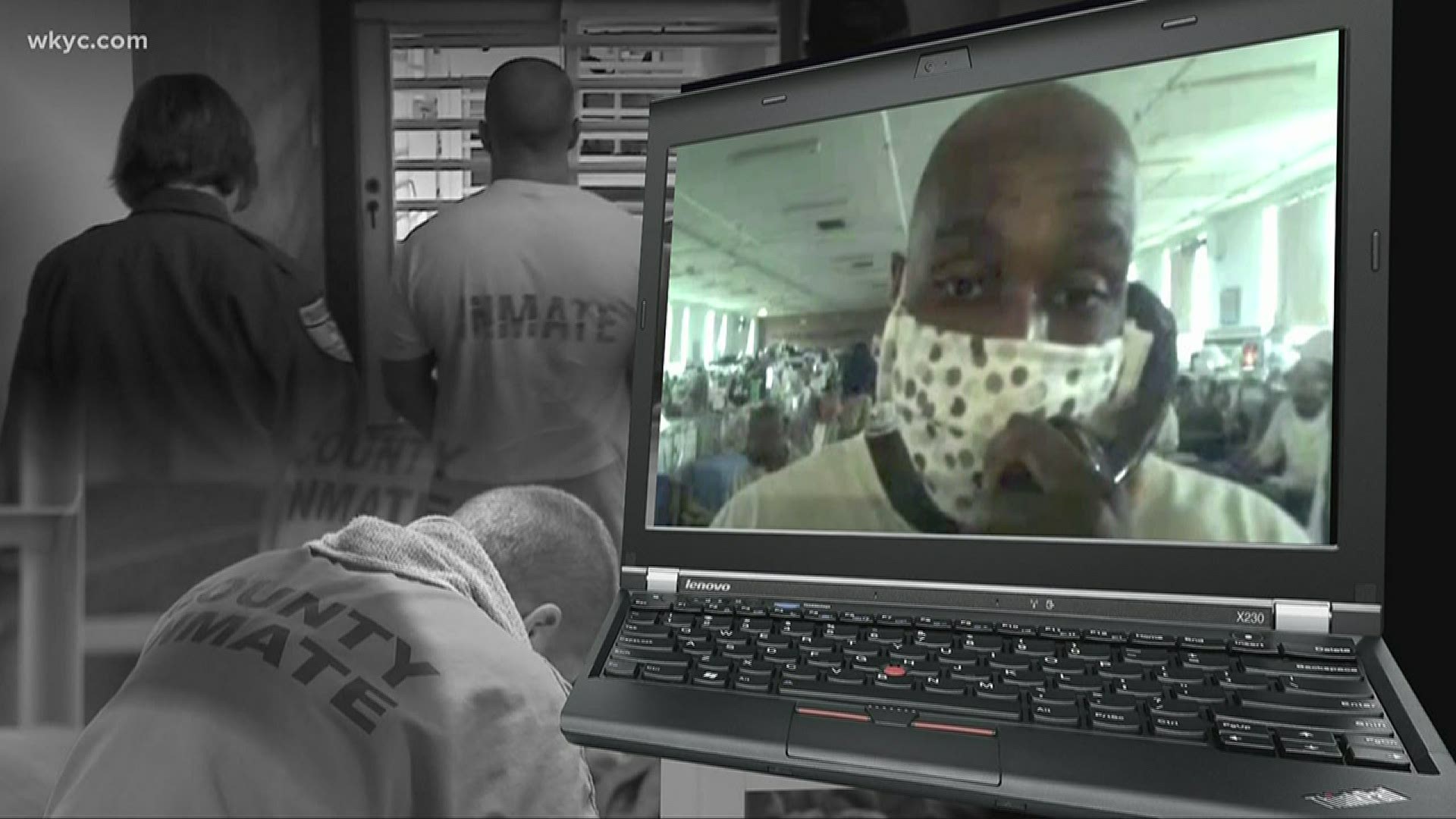 MARION, Ohio — The population of Ohio's Marion County is just over 65,000. Yet, as of Tuesday, it has the highest number of cases of COVID-19 in the state.

The outbreak of coronavirus can be traced to the Marion Correctional Institution, where a staggering 78% of its inmates have tested positive. The total number of inmate cases is at 1,950.

A prison spokeswoman said 95% of those positive cases showed no COVID19 symptoms. The prison has tested every Marion inmate, however, test results for some are still pending.

"We just in here, look, all day, and guys are coughing. There is just no way to escape," said Michael Powell, a prisoner at Marion. "I ain't been to the store in like a month so essential things like hygiene, toothpaste, soap, deodorant, are about to be non-existent here in a second."

Powell is serving 17 years for a robbery he committed in 2007.

While he's awaiting a judge's decision on his early release, he found out that he had COVID-19.

"It's pandemonium in the pandemic," said Powell. 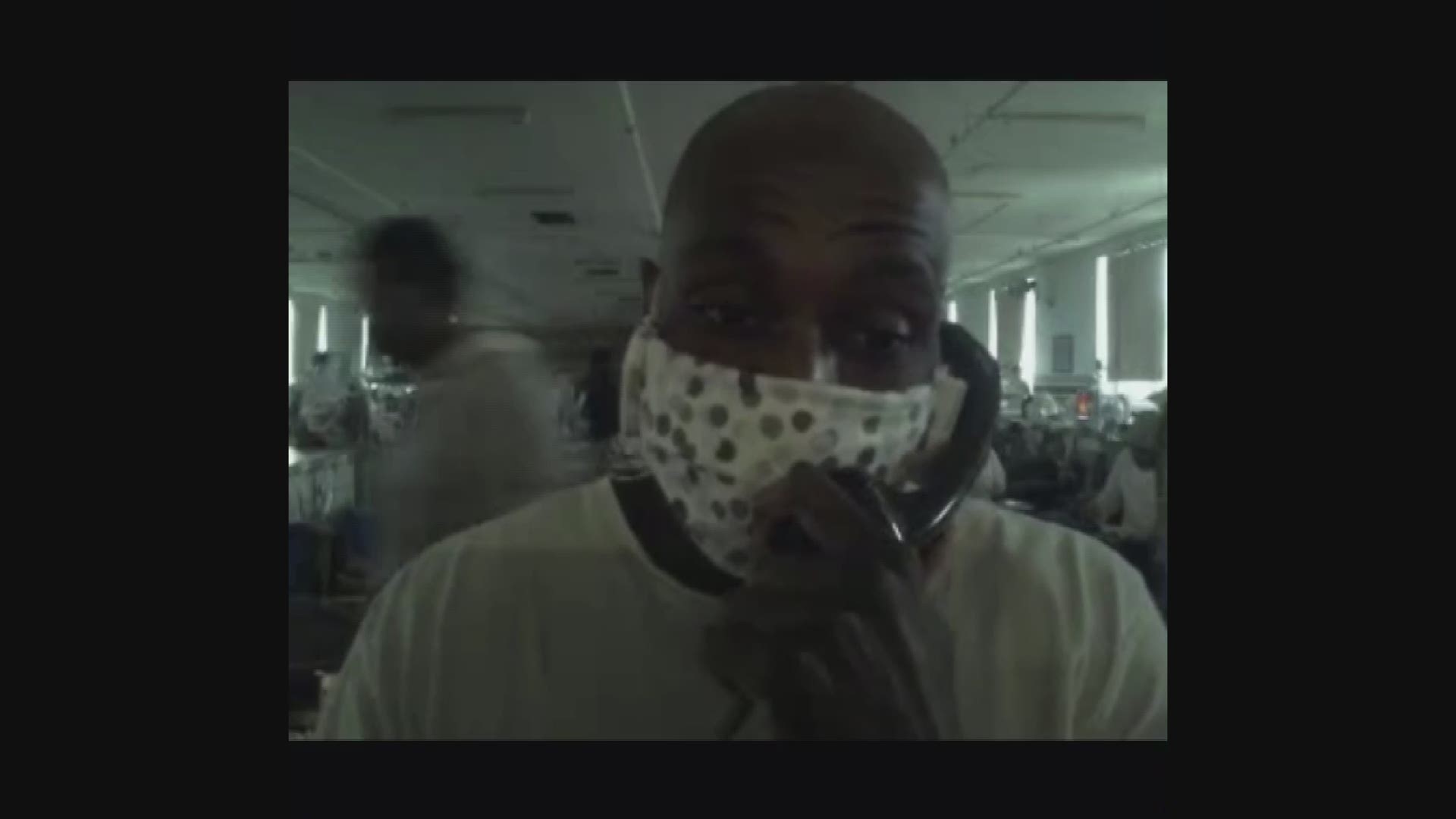 "It could've been handled much differently," said Kevin Ballou, a friend of Powell's and former prisoner.

Ballou spent five years at Marion, and says there's no way to social distance there.

"Where Michael is, imagine it's like a warehouse with 300 plus people in it, single racks and bunk beds," said Ballou.

And, this isn't a problem just affecting prisoners.

Christopher Mabe, who heads the state's civil service workers union that includes prison guards, said not enough testing is being done, and not enough personal protection equipment is available to corrections officers.

“People are actually terrified of taking this thing back home to their families…working 16 hours a day everyday," he told 3News Investigator Rachel Polansky. "They’re beat down they’re wore down.”

Mabe also said too many workers are being rushed back to work after contracting the virus. He said 154 workers have tested positive.

There are about 2,500 inmates at Marion.

“We need more testing…negative testing...before we send people back to work," he said.

The Marion Correctional Institution is now the largest reported source of coronavirus infections in the nation. According to The New York Times, about one out of five confirmed virus cases in Ohio is now connected with the state’s prison system, according to statewide figures.

A look at the Ohio Department of Rehabilitation and Corrections numbers shows that as of Monday, 3,312 state inmates are positive for COVID-19. Eight inmates have died. In addition, 302 staff members have tested positive.

They said 59% of the positive inmate tests in Ohio are from Marion, which also can claim 51% of staff members who have positive cases of COVID-19.

The wide-spread testing inside state prisons is being cited for the state's recent spike in COVID 19 cases. Prisons account for about 20 percent of the state's total cases.

The Ohio Department of Rehabilitation and Corrections sent a statement attributing the spike to mass testing:

"Because we are testing everyone - including those who are not showing symptoms - we are getting positive test results on individuals who otherwise would have never been tested because they were asymptomatic."

ODRC said there are currently 38 inmates who are hospitalized outside the prison for care.

Mabe adds some officers are working 16-hour days - overtime is mandatory, he said - and are returning to work before they know for sure they are no longer spreading the virus.

The national guard has been called in to assist, but there's only so much officers can do without any chance at proper social distancing.

“I know at Marion and at other institutions, they have put up beds in TV rooms to allow for more area for social distance. It's virtually impossible to social distance in a prison,” Mabe said.