One year later, murder of pair at Rocky River Reservation remains unsolved; Reward of up to $100,000 available

"It remains our priority to bring justice for the victims of this case." 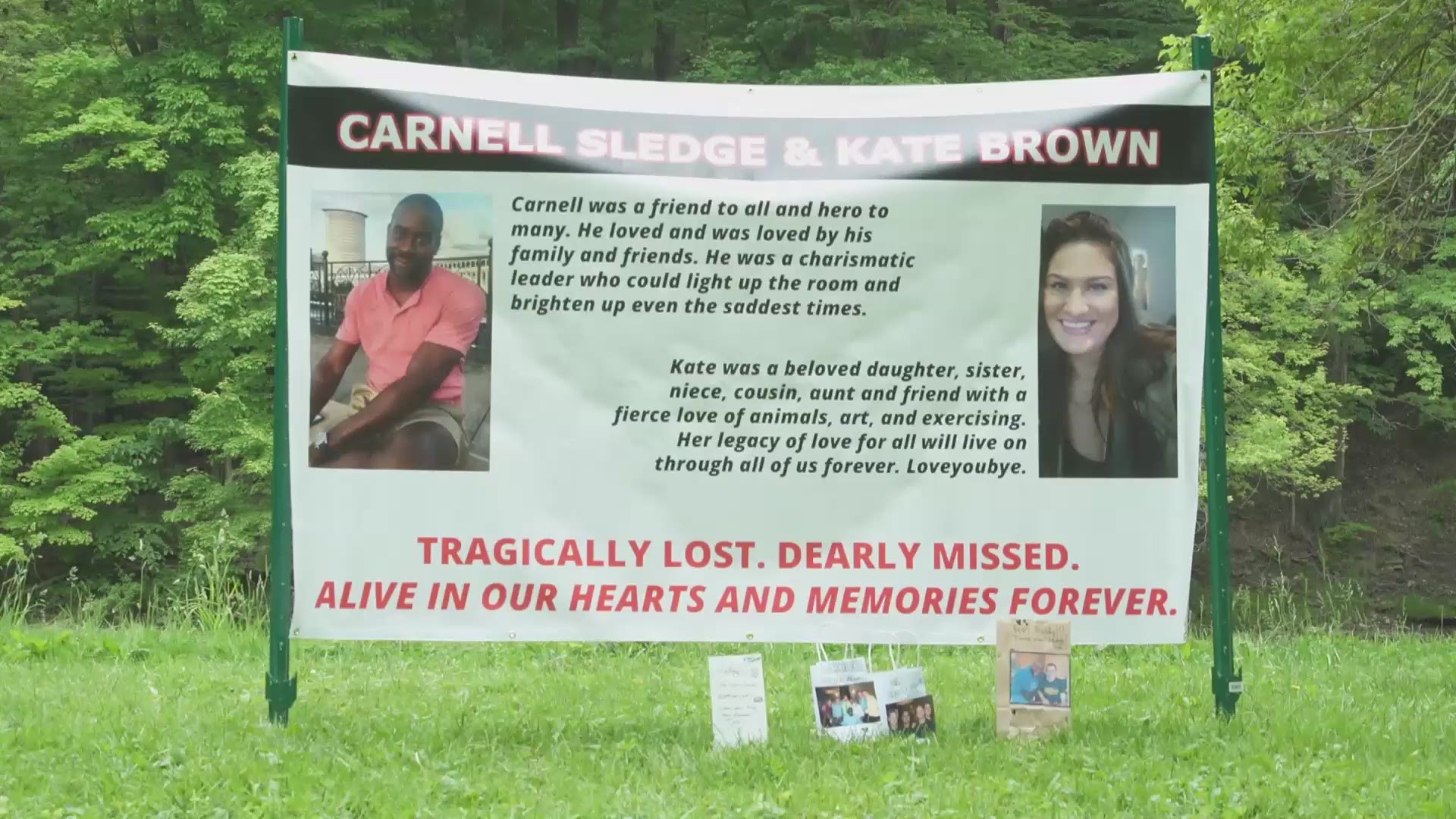 CLEVELAND — A full year has passed since Katherine Brown and Carnell Sledge were murdered in the Cleveland Metroparks Rocky River Reservation.

Yet, the mystery remains unsolved.

The bodies were discovered around 5:22 p.m. on June 4, 2019, north of the Lorain Road bridge. The Cuyahoga County Medical Examiner's Office said both victims were shot in the head.

The two arrived to the park in separate vehicles, parking in the lot north of the bridge around 5:04 p.m. The pair, who police say were longtime friends, sat on a park bench by the river for a short time before they were shot sometime between 5:08 to 5:15 p.m.

The kayakers who found them arrived about three minutes later.

On Thursday, a tribute was held at the Rocky River Metroparks to honor Kate and Nell. Family and friends asked anyone to come for the '1 Year Luminaria Tribute' between 3:00 p.m. and 9:00 p.m.

In a statement, Cleveland Metroparks told 3News the following:

"There is no public update on the investigation at this time. Especially today our thoughts and prayers are with the Brown and Sledge families. Cleveland Metroparks Police, together with the FBI, continues to follow up on all leads in the case. If anyone has additional information related to the case they are urged to call Cleveland Metroparks Police Department at 440-331-5219, the Cleveland Bureau of the FBI at 216-622-6842 or Crime Stoppers at 216-252-7463, and could be eligible for a reward up to $100,000. It remains our priority to bring justice for the victims of this case."

“Someone in the public holds the vital piece of information needed to provide Kate and Carnell’s family’s an answer. If you have information regarding these unsolved murders, please contact law enforcement immediately. The families and the community need closure,” said FBI Special Agent in Charge Eric B. Smith in February when the additional reward money from the Brown family was offered.

"We're hoping this amount of money will bring someone forward. Someone has information. Somebody knows possibly who did it, possibly has information, period," Brown's mother told 3News in February.

RELATED: Mother of Rocky River Reservation murder victim: 'The killer is still out there'

Brown's mother also emphasized that anyone providing a tip can remain strictly anonymous.

"We want the public to continue to realize that the killer, or killers, is still out there," she added.