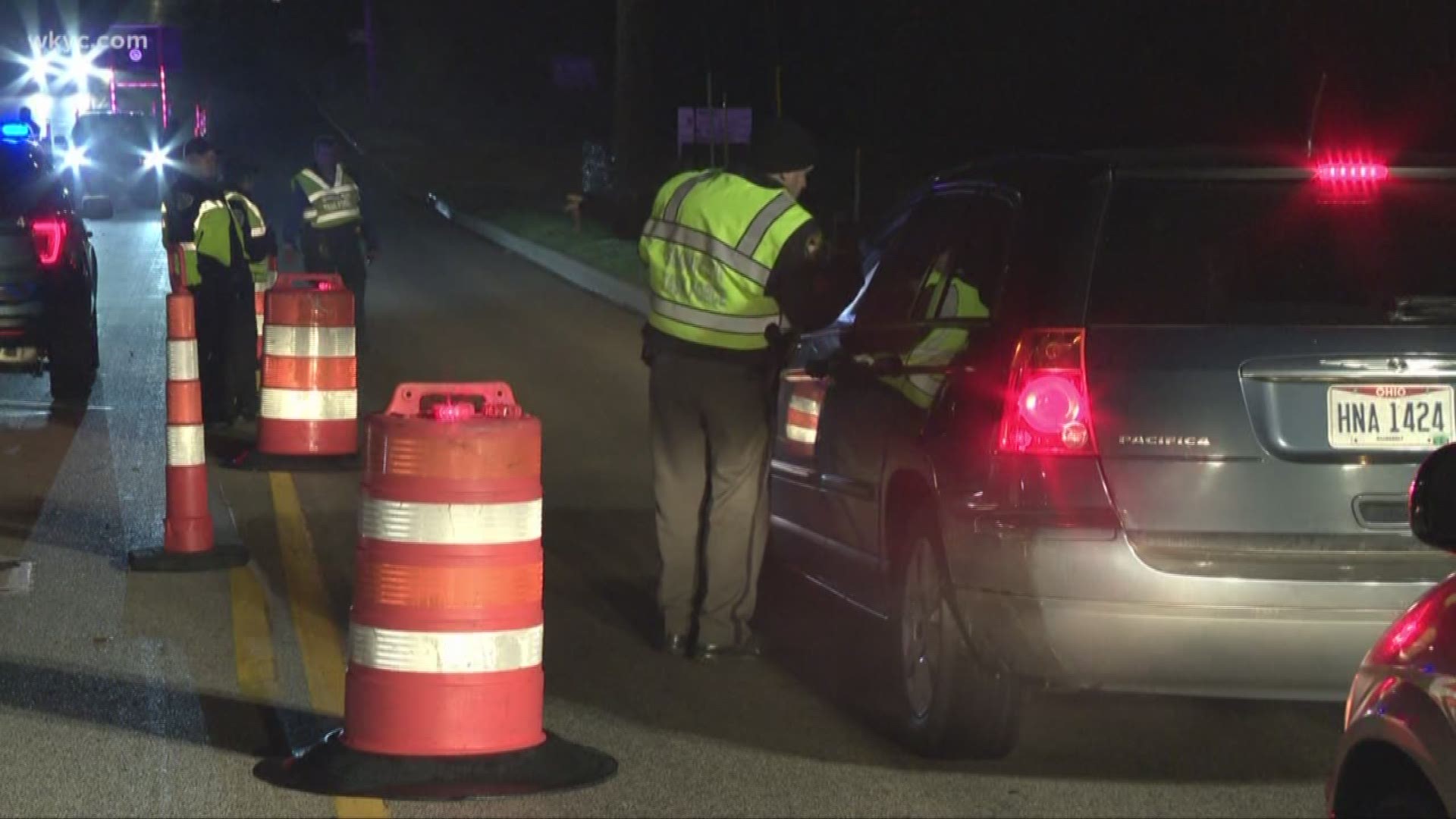 CLEVELAND: — At least five days a week in Ohio, police set up a checkpoint, looking for drunken drivers or other infractions.

Millions of dollars are spent on police manpower, dozens of drivers are slowed or stopped and questioned.

Hundreds of citations are issued, mostly for suspended licenses. But as far as drunken drivers, the average regional OVI checkpoint snares a single motorist, a Channel 3 News investigation shows.

While some officers make up to $50 an hour working at a checkpoint, critics continue to complain that the practice – although upheld by the U.S. Supreme Court – is a Constitutional violation.

"As far as I'm concerned, these checkpoints are nothing but a money grab. They're not catching drunks," said D.E.O Odolecki, a Parma resident who has protested checkpoints for years.

Odelecki, in fact, was once arrested for warning drivers of an impeding checkpoint. He won his case in the Ohio Supreme Court.

But his complaint appears to have some merit. Of the state’s 11 OVI task forces in 2017, 213 drivers were arrested for drunken driving. That’s from 238 checkpoints, the same average that has been followed the past several years, records show.

“The police officers making the most OVU arrests are not doing it at checkpoints. They're doing it by encountering people on the road," attorney Ian Friedman said.

Law enforcement insists the checkpoints are not designed to pad arrest totals. Rather, they’re designed to inform the public of drunken driving hazards.

“Sobriety checkpoints are used to compliment enforcement efforts in reducing alcohol-related crash fatalities and injuries. The principal benefit of a sobriety checkpoint is the deterrent effect on potential impaired drivers,” said Trooper Brad Sellers of the Ohio Highway Patrol.

“By raising awareness of checkpoints [media coverage] the perceived risk of arrest increases and also provides another opportunity to educate people on the dangers of impaired driving. Using a mix of all three components is key to further reducing fatalities. Just last year, a third of all traffic fatalities involved an impaired driver.”

Interestingly, alcohol-related fatalities in Ohio have actually gone up about 20 percent law year [324] since 2013 when 274 were reported. That number is down from the 431 reported in 2012.

Cleveland State University criminology professor Jim Chriss has studied checkpoints and has found “it’s not clear what the payoff is for these checkpoints."

“The resources that are dumped into setting up these checkpoints is significant," he said.

Indeed, the 11 task forces spent $1.9 million on checkpoints last year. Typically, as many as a dozen officers are used. More recently, city street workers are used to deploy cones and signs.

Drivers stopped at a recent checkpoint in Tallmadge said they were not bothered by what they believe is a minor inconvenience.

"I think they're good. They keep everybody sober," a driver said.

The very first checkpoint was done in California in the early 1980s. By the end of the decade, a Michigan case made its way to the U.S. Supreme Court, which found in a divided decision that the checkpoints do not violate the constitution. The justices found drunken driving fatalities outweigh any inconvenience for drivers.

Still, there are 13 states that don't use checkpoints, some for reasons related to the Constitution and the infringement of unreasonable searches and seizure rights.

"This kind of feels like a backdoor way of getting around the Fourth Amendment," Friedman said.