School says it acted quickly when told of attack. 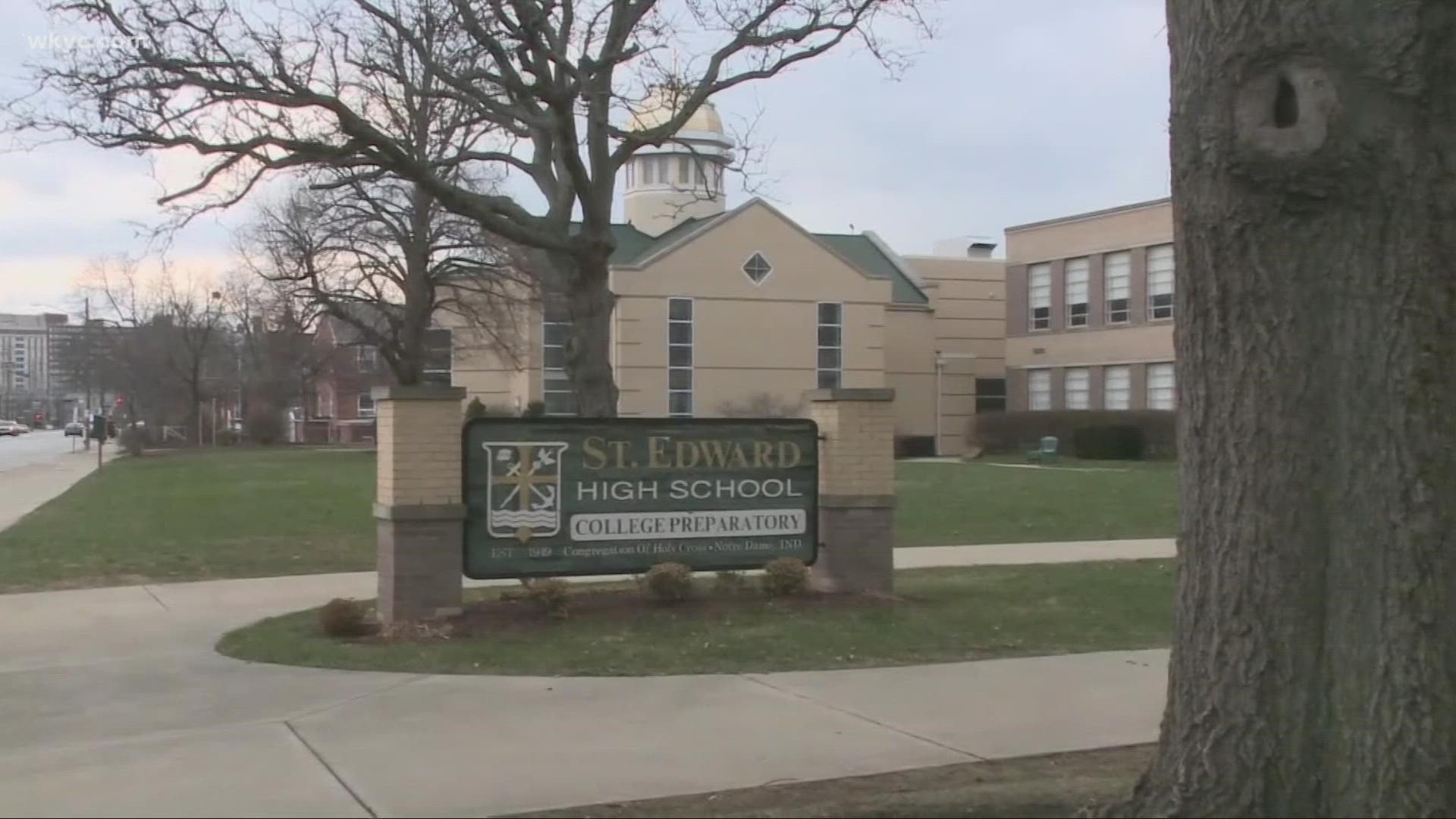 LAKEWOOD, Ohio — They had high hopes for their son as he entered St. Edward High School in the fall of 2019.

“My expectations were that he’d be able to compete in a very high level academic and athletic environment and that it would prepare him for college…And unfortunately, none of that happened,” his father recalled this week to 3News Investigates.

But one year - and one heart-stopping video later - those hopes were crushed.

“I had no idea what I was going to see when my wife played the video. To see that happening to your son is a parent’s worst nightmare,” he said.

But it wasn’t isolated, the family alleges. Four other times their 15-year-old freshman son was assaulted, targeted or taunted by his cross-country teammates. Hazed and sexually assaulted, they say.

But beyond the video, the parents say, they’re troubled by the response of St. Edward coaches and administrators. The main perpetrator - a St. Edward student - was charged with delinquency in juvenile court.

KC McKenna, the high school’s principal, said in a statement Wednesday that he could not comment on pending legal matters and must also protect the privacy of students.

But he did defend its response, once they were notified of the allegations.

“It is important to know that we did not learn of these concerns until September 2020," he wrote. "When we did, we took immediate action to report to the authorities what was believed to have occurred as we are required to do by law.

"Further, we took additional steps to conduct an internal investigation, imposed disciplinary actions as appropriate against those involved, and required mandatory training and education for the athletic team involved.

“St. Ed’s takes our responsibility for the safety and well-being of our students seriously. In this case, as with any such claims, we acted swiftly to engage and respond in the best interests of our students.”

The accusations came on the heels of other misconduct at the affluent all-boys Catholic high school in Lakewood.

In the fall of 2019, the school saw the arrest of a former wrestling coach on sex abuse charges, and a separate arrest of a social studies teacher caught in a sting operation and going online to meet young boys.

As a result, the family believes their concerns - first raised in the summer of 2020 - were downplayed by school officials as simple “boys will be boys” pranks, all in order to avoid additional media and public attention.

“We regret sending him to St. Ed’s. Big time,” the boy’s mother said.

It was a year ago, and their son, an adept student and equally gifted runner, was acting different: Headaches. Nausea. Restlessness. Depressed.

Looking for answers, his parents searched his phone and subsequently saw a video on a social media account.

The video was taken during an overnight trip to Dayton with members of the school’s cross-country team in 2019.

The 15-second video shot inside a hotel room showed her fully-dressed son pinned face down on a bed while a teammate simulated a sex act.

Around the room, about 10 teammates laughed and cheered while recording the attack.

“This was hazing. Even though it didn’t fit the criminal description, the legal definition…this was hazing,” the mother said.

Instead, the parents contend, the school delayed interviewing the students for over a week, allowing the boys to craft an alternative narrative that the “attack” captured in the video was merely the end of a wrestling match.

The family is frustrated because, while they have been forced to transfer to another school, the teammate was only suspended for four days and remains enrolled despite the juvenile court charges.

They also say a coach “instructed the team to ‘delete anything inappropriate before they went into their meetings with the school’ and instructed the captains and leaders on the team to 'handle this' is still coaching.”

In addition, the mother said, none of the students who taped or shared the attack were disciplined.

“The coach, captains and administration rallied around protecting themselves, covering up, embellishing and lying instead of protecting the victim and changing the toxic culture of the program and school which left the victim feeling worse,” she said.

Meanwhile, their son grew even more despondent as the school investigation played out last year and Covid19 led to more isolation. Life at St. Ed’s was only getting tougher.

“I was concerned every day that I was going to find him dead, I really was,” the mother said.

Since then, the boy has transferred to another school in the Cleveland area, hoping to leave behind the torment that dogged him.

The family earlier this year filed a Title IX federal lawsuit against the high school alleging it violated the statute designed to safeguard students from sexual harassment and other forms of discrimination.

To the family, speaking publicly and pursuing the lawsuit is about accountability. They said they want to show their son that there will be consequences, despite the indifference he feels St. Edward has shown.

“He feels like no one will be held accountable because that’s what he’s seen,” the mother said. “I don’t know if he’ll ever recover from this.”

Editor's Note: The below video features a report from Rachel Polansky from 2019