Hazelwood faced sentencing for a five-year plot within the sales division he commanded, which included luring truckers to do business with Pilot Flying J with diesel fuel discounts and then shorting them. 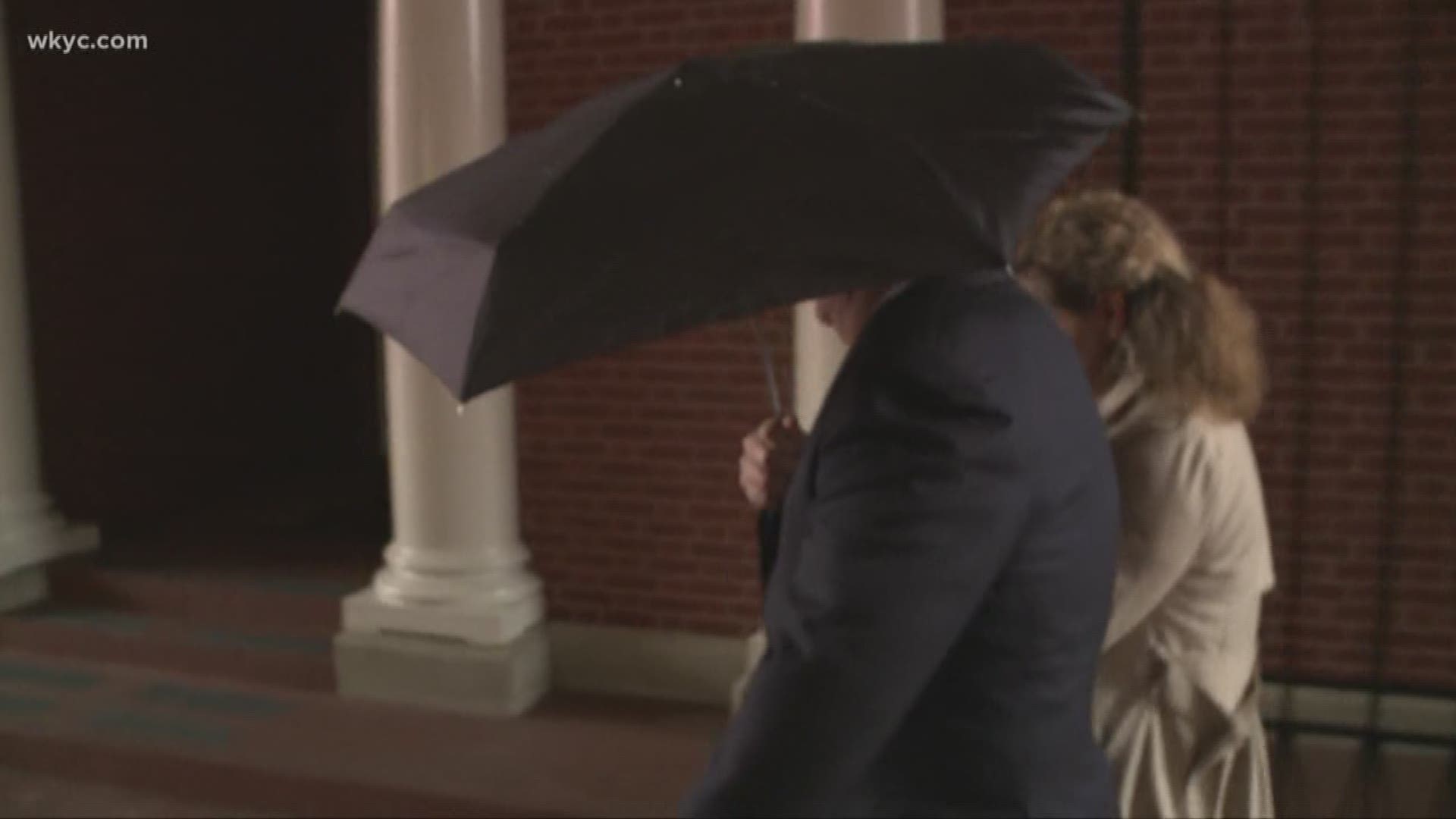 The judge has not yet ruled on whether Hazelwood can remain free pending appeal.

"The motive as hubris - his competitiveness, his desire to capture more market share," said Collier.

Hazelwood faced sentencing for a five-year plot within the sales division he commanded, which included luring truckers to do business with Pilot Flying J with diesel fuel discounts and then shorting them.

A few trucking company owners had urged a federal judge to forgive the former president of the truck stop giant for his plot to defraud them and forget prison as punishment.

At least four trucking company owners had filed letters of support in U.S. District Court in Chattanooga on behalf of Hazelwood. 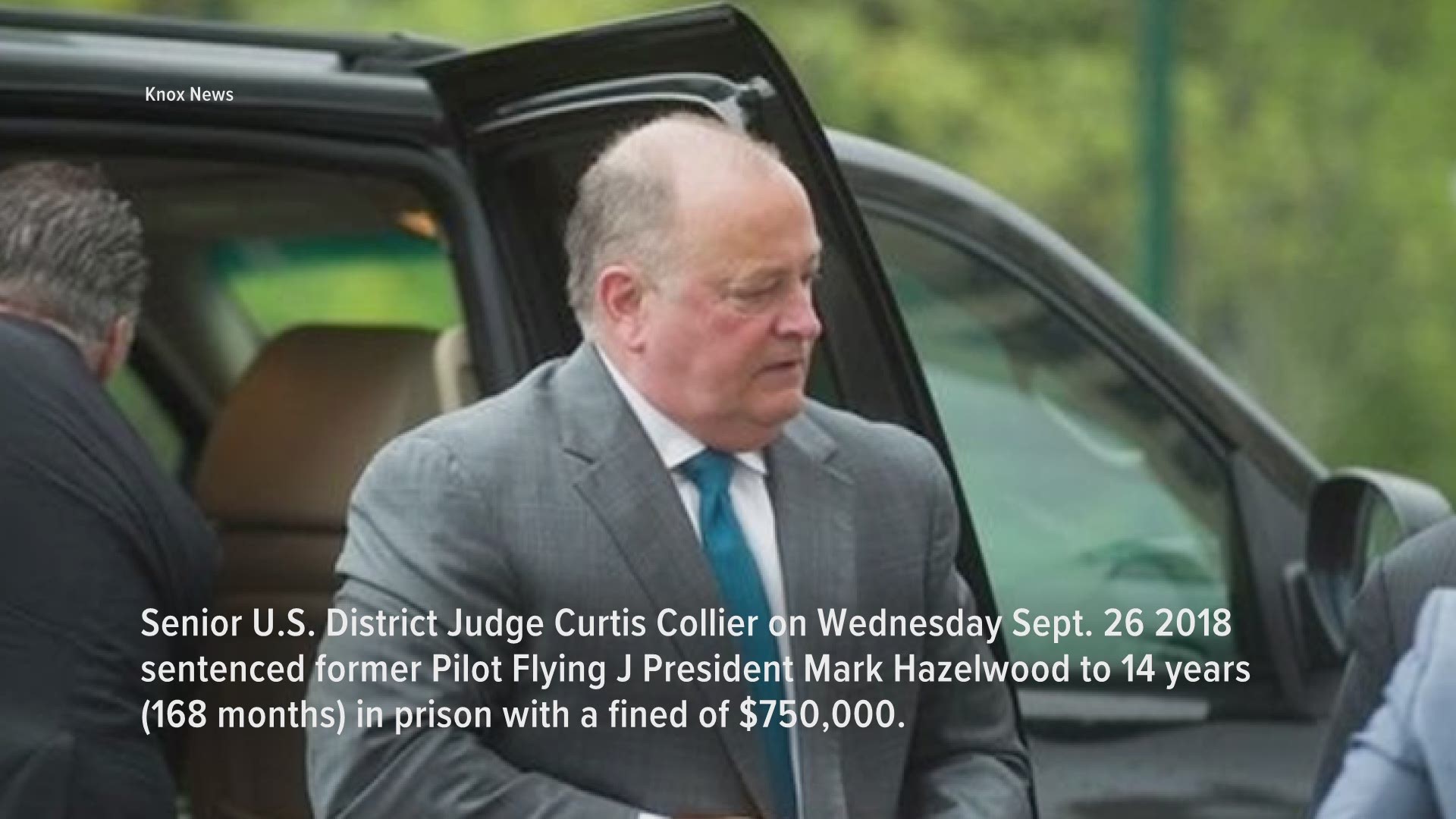 The trucking company owners who urged leniency for Hazelwood in sentencing on convictions of conspiracy to commit wire fraud, wire fraud and witness tampering were identified as fraud victims in both a Pilot Flying J audit ordered by federal prosecutors and an independent analysis. Pilot Flying J paid them the money they were cheated.

Pilot Flying J has paid $56.5 million in criminally ordered restitution to the more than 70 trucking companies federal prosecutors Trey Hamilton and David Lewen say were verifiably defrauded. The firm has shelled out another $85 million to those companies and more to either settle or avoid lawsuits.

It also paid Hazelwood $40 million to settle his employment contract when Pilot Flying J CEO Jimmy Haslam fired him — a year after the April 2013 raid that unraveled the scheme. Hazelwood had been secretly recorded making racially offensive comments about Haslam’s NFL team, the Cleveland Browns, Haslam, Pilot’s board members and citizens of Cleveland during a sales executives’ meeting.

The deal required Hazelwood to keep quiet about Hazelwood’s racist commentary and to own up to sole responsibility for it when the recordings became public. USA TODAY NETWORK-Tennessee, along with several media partners, successfully sued to make them public earlier this year. Pilot Flying J is also paying Hazelwood’s legal bills as part of the contract settlement.

Hazelwood was the highest-ranking member of Pilot Flying J who was convicted in the plot. Two subordinates were convicted of varying crimes alongside him, and 14 others pleaded guilty. Two were granted immunity. Pilot Flying J’s board also admitted criminal responsibility.

Hazelwood was earning $26.9 million at the height of the fraud plot — double his pay when the scheme began in earnest. Even after his indictment in 2016, Hazelwood continued to make money from the trucking industry. He heads a trucker recruitment firm, a trucking consulting firm and markets himself as an agent for truckers — while under house arrest.

Prosecutors wanted Hazelwood to go to prison for a minimum of 14 years and be fined $750,000. Hamilton and Lewen say Hazelwood hasn’t once apologized for his thievery. They quote from an interview Hazelwood gave soon after his conviction to Knoxville television network WVLT to back up their assertion he is remorseless.