3News Investigates: How long does it take for brand new cell phones to start getting robocalls?

All 16 phones we tested started getting robocalls weeks or even days after activation, in some cases without the user ever placing a single call or text. 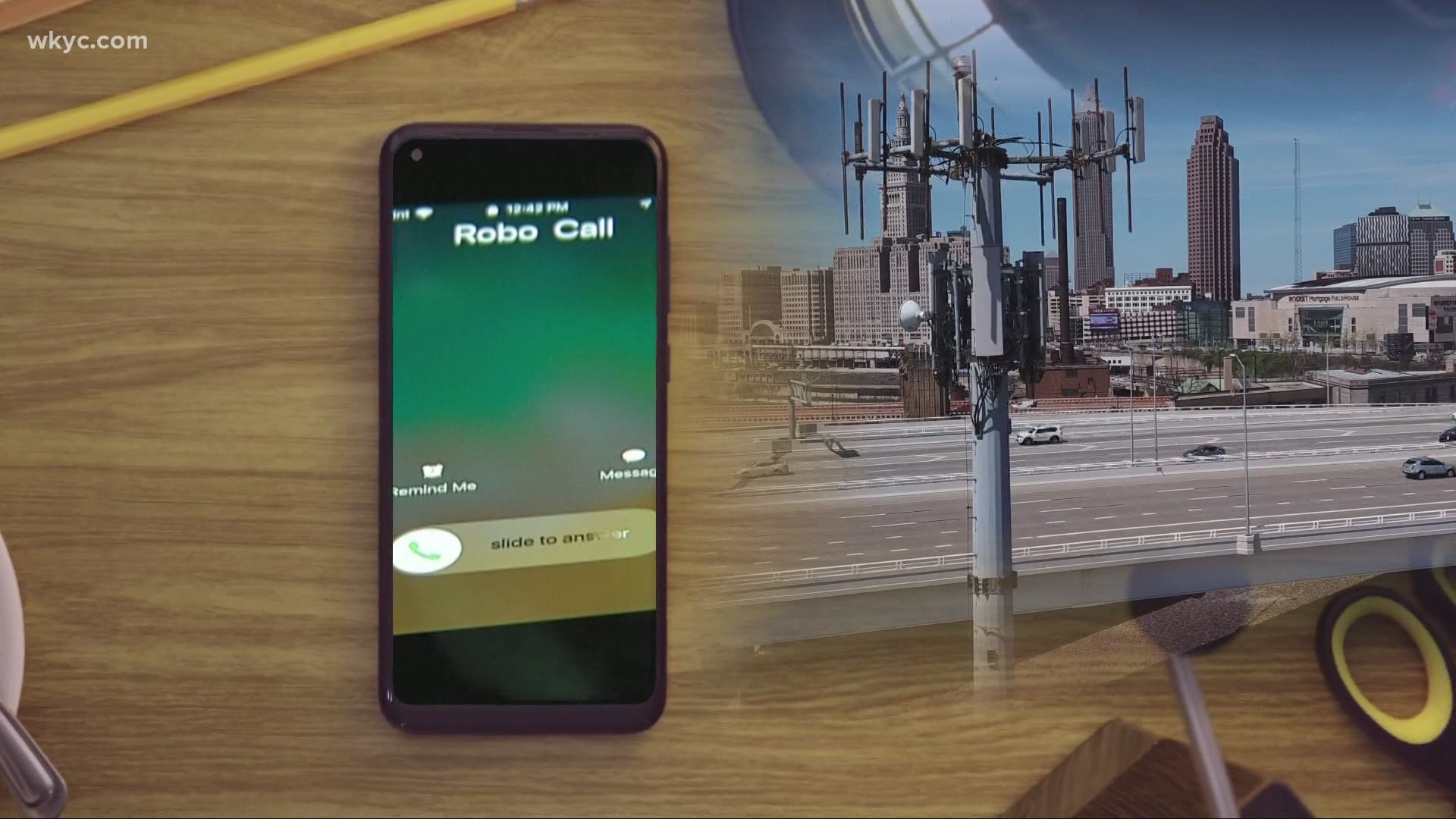 CLEVELAND — It's the one thing that impacts, and probably annoys, every one of us.

Of course we're talking about robocalls.

In part two of our 'Stop the Calls' investigation, 3News investigator Rachel Polansky teamed up with Tegna stations across the country, buying 16 brand new phones. We thought surely that would free us from unwanted robocalls, right?

All 16 phones started getting robocalls weeks or even days after activation. In some cases, without the user ever placing a single call or text.

We brought these findings to Ohio Attorney General, Dave Yost.

"I'm very proud of our team but I'm really frustrated with how difficult it is to catch robocallers, " said Yost.

So far, his office has received 48,000 complaints, which Yost says they are investigating.

"One of the benefits of having a huge number of complaints is we can start looking for patterns and volume and go after the major actors," Yost said.

For those who complain about not seeing results, Yost says he has 40 active investigations on his plate. Last fall, he announced a settlement with a group of Canadian men who were accused of offering bogus credit card services. The men are now barred from doing telemarketing in the U.S. and they were forced to turn over $2 million dollars in fines.

"We frequently deal with people out of state or even out of country and they move around, they try to avoid detection," said Yost. "This is like nailing Jello to a tree."

"No one should be tricked out of their hard-earned money. And, for those who are attempting to defraud Ohioans, we want to come after you," said Sen. Gavarone.

Under Gavarone's legislation - which is now out of committee and awaiting full vote of the senate - robocallers can be fined $1,500 per violation. Robocallers can also face fourth-degree felony charges if the victim is elderly or disabled.

Watch Part 1 of our 3News Investigates report on Robocalls below: