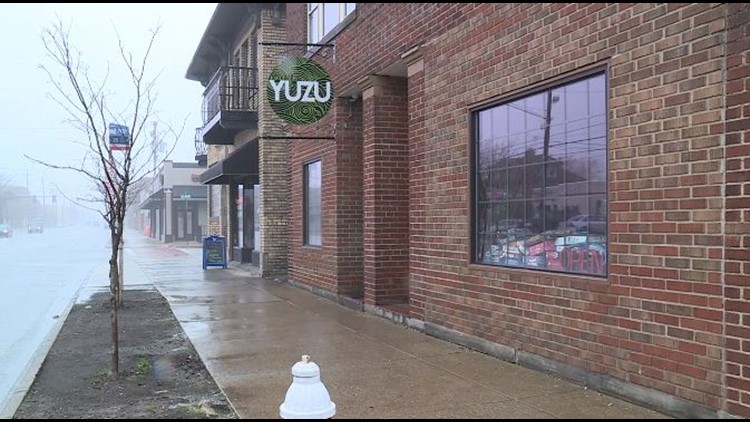 LAKEWOOD, Ohio — It's closing time for one of Lakewood's most popular bars among millennials.

Yuzu, known for its vegan menu and themed events, announced plans to close on its Facebook page Tuesday.

According to the post, the bar has been sold and will reopen as Aji Noodle Bar in early July, under the watch of new owner Jackie Kim.

Yuzu
This is Jackie Kim; born in South Korea, she ended up in Northeast Ohio and made a name for herself as an experienced, respected, and talented restaurant owner & operator. Ever since I've owned...

The owner cited personal reasons for selling the bar, noting its stressful demands and time requirement, while also emphasizing the closure is not a result of recent controversy regarding a drink the bar sold.

Last month, the bar came under fire for selling a drink garnished with a tampon applicator. Yuzu donated $1 of sales from each drink to a local women's shelter as part of Women's Health Awareness Month.

But some argued that the drink made a mockery of menstruation, and the Cuyahoga County Health Department ordered the bar to stop serving the drink. Yuzu continued to sell the drink without the tampon applicator and instead donated the tampons.

RELATED | Controversy stirred up over drink garnish fundraiser in Lakewood

Yuzu became a popular spot during its three years of business for its various themed events. From "Tinder Horror Stories" open mic nights to Mario Kart competitions and "The Office" trivia, the bar was a hot spot for nostalgic millennials.