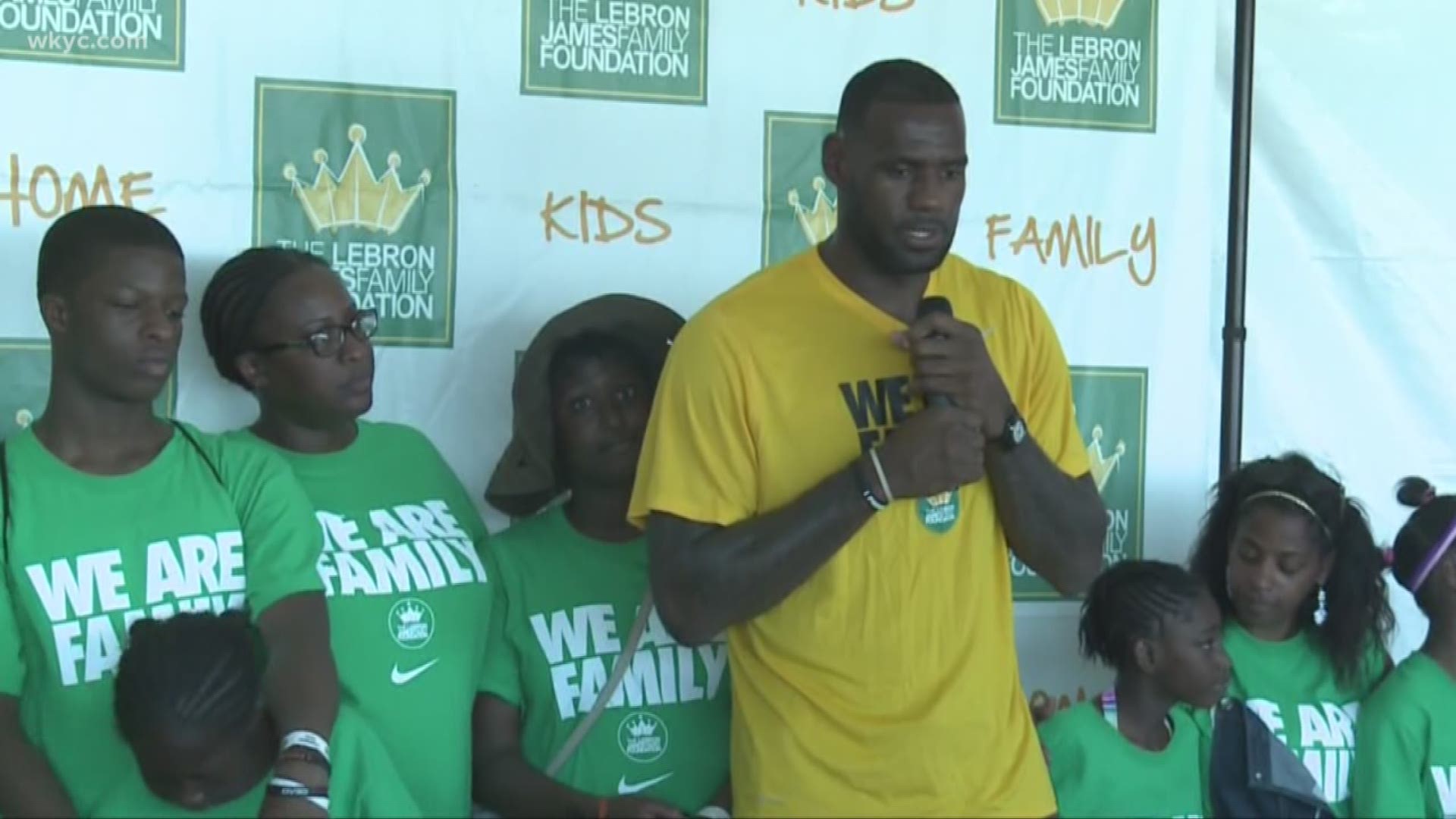 AKRON — AKRON, Ohio -- In about four weeks, LeBron James will officially open his "I Promise" school in his hometown.

The four-time MVP and three-time NBA champion has called the opening of the Akron school one of his most important accomplishments in an interview with reporters on Nov. 30, 2017 during a shootaround in Atlanta.

While much of the focus in the past 24 hours has been on James' decision to leave the Cleveland Cavaliers and join the Los Angeles Lakers, his commitment to helping young students succeed in the classroom as his school prepares to open on July 30.

“He’s changing lives,” said Michele Campbell, executive director of the LeBron James Family Foundation. “He’s changing kids. He’s changing families. It doesn’t matter where he works, this work still continues. He made a promise. And he will always make good on that.”

Here's a first look at a classroom inside @KingJames' I PROMISE School in Akron. The @LJFamFoundation has started the 7-week transformation of the Akron school ahead of its scheduled opening at the end of July. @wkyc https://t.co/E8YJGmhCtR pic.twitter.com/2bb2MiocSi

The LeBron James Family Foundation has been working on a weeks-long transformation to open the school, approved by the Akron Public School District, by the end of the month to welcome third and fourth grade classes. By the year 2022, the school will be complete with first through eighth grades.

The I Promise school will use the APS district’s curriculum and incorporate a “STEM, hands-on, problem-based learning focus” with the Lebron James Family Foundation’s “We Are Family” philosophy to encourage support at home and in the classroom.

In 2015, James announced a partnership with the University of Akron that would provide a full, four-year college scholarship to students who meet their goals in his foundation. The foundation has also helped parents earn their GED through its "I PROMISE, Too" program.