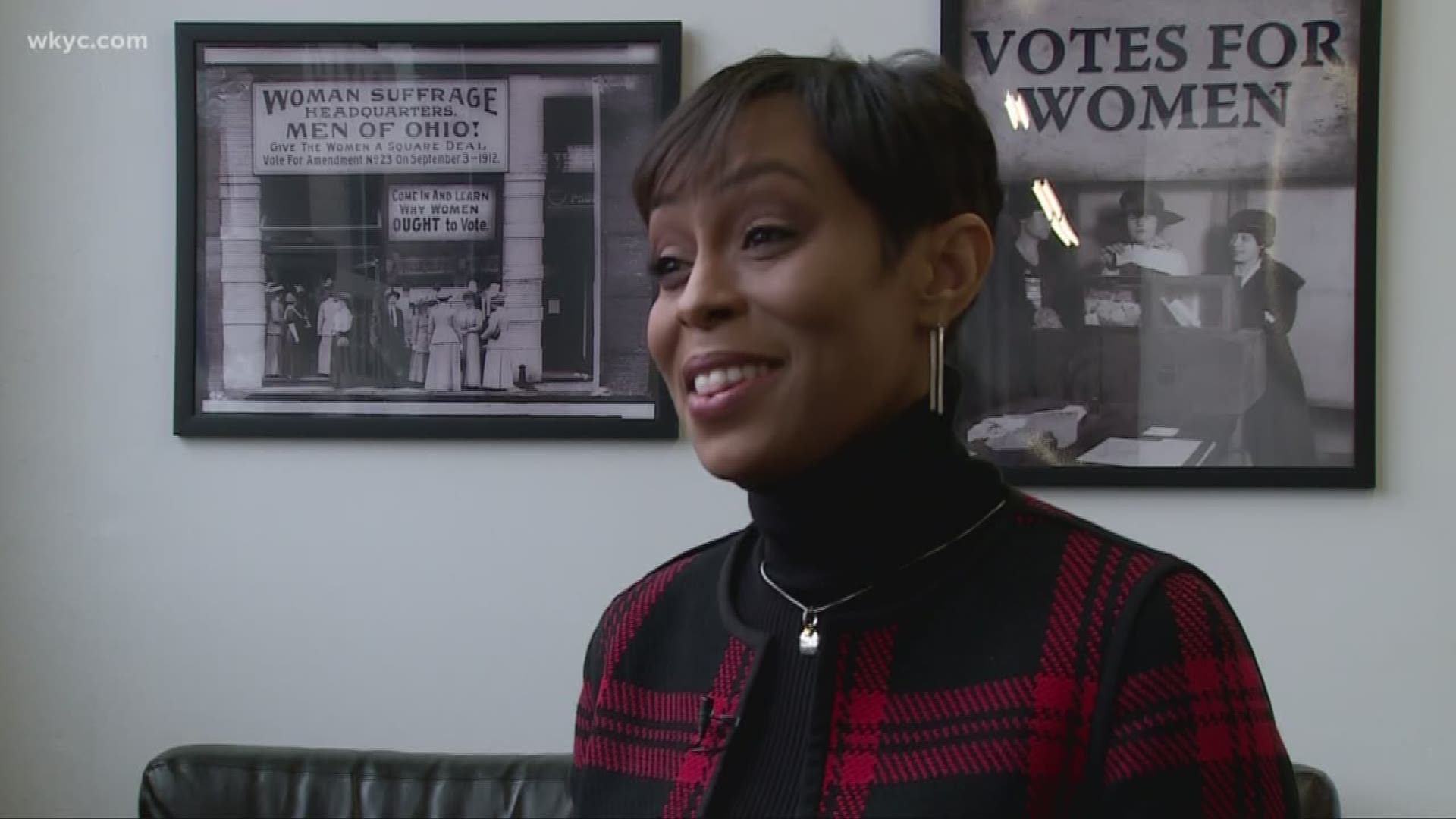 There's no doubt about it, politics is a difficult job. But Shontel Brown is up for the job as chairwoman of the Cuyahoga County Democratic Party. After county Democrats elected her in 2017, she took the reins of the party in 2018, becoming the first woman and the first African American to lead the county Democratic party.

At 43, she contrasts to the days of the infamous party boss Jimmy Dimora, now serving a long prison sentence on corruption charges. The imprisonment of Dimora and others in Cuyahoga County politics rocked the county and the party. So much so, county government structure was changed. Party leadership changed. Without Dimora out, others replaced him. A few years later, Shontel Brown stepped in.

Brown is helping to guide campaigns while still holding a seat as an elected representative on the Cuyahoga County Council. She grew up in a home in Cleveland,graduated from John Adams High School and earned an associate’s degree from Cuyahoga Community College. She went on to be elected to Warrensville Heights City County. Along the way, Brown sold advertising time on Radio One and ran her own marketing firm.Now, she heads the county Democratic party.

Among the definitions she places on herself are woman, political strength and voter. Brown talks of the political power which can be wielded by women. She praises Ohio women who have distinguished themselves in politics. She also points to the new group of women elected in the last election to the nation’s Congress, but the battle was not won overnight.

Moving portrait of a representative elected to the Cuyahoga County Council who doubles as the county’s Democratic Party chair.  In the party leadership, she is a first. But she quickly says she was inspired by other firsts -- those early Twentieth Century suffragettes who fought for rights for women. And by a president who, himself, was a first.