Lightning strikes a 'hole in one' on golf course in Moyock, N.C.

The flag ripped right off the pole and an amazing design was left behind on the ground. It's called a Lichtenberg figure. 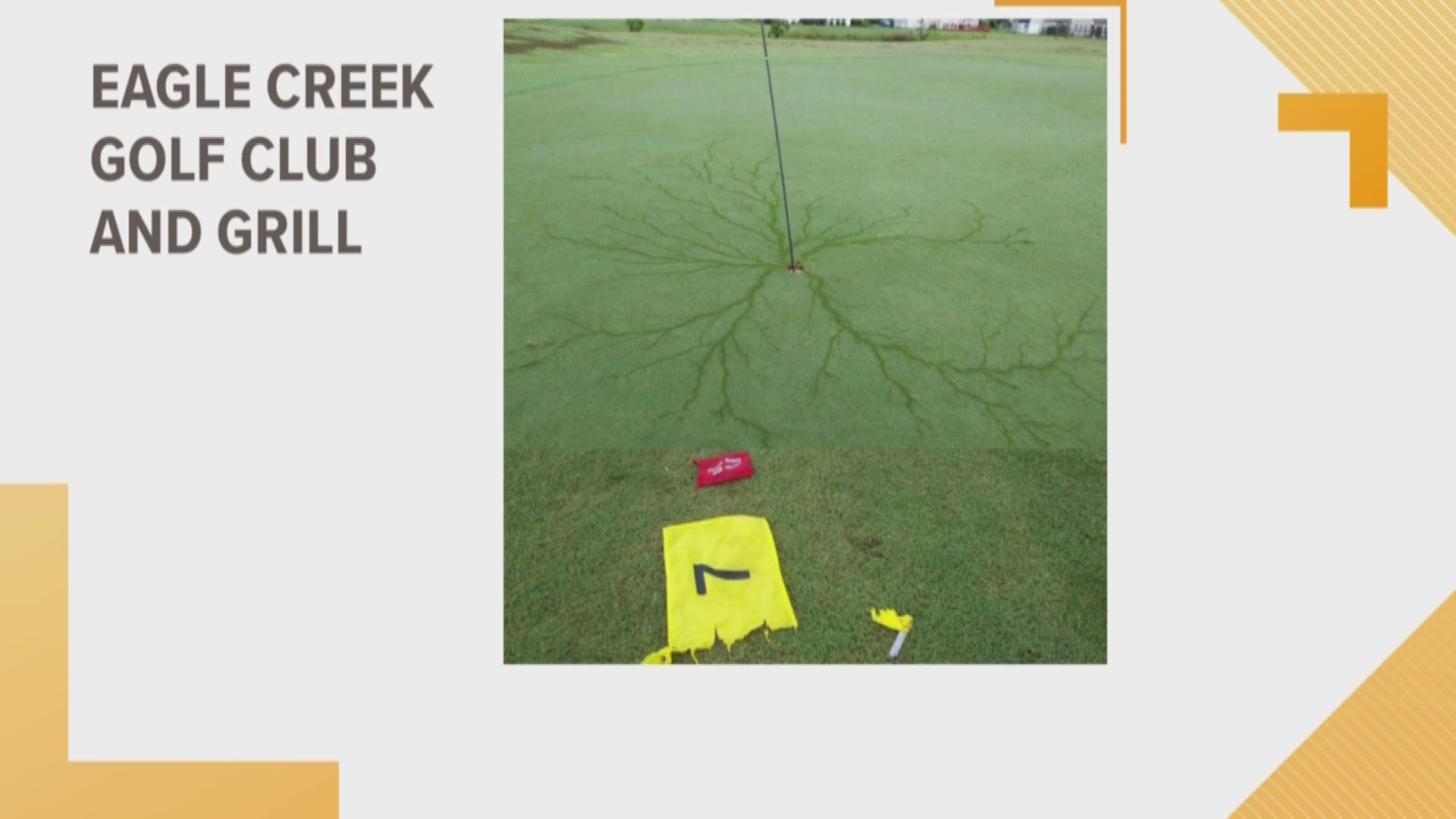 MOYOCK, N.C. — Lightning hit at the No. 7 hole at Eagle Creek Golf Club and Grill in Moyock during this week's storms.

The flag ripped right off the pole and an amazing design was left behind on the ground.

13News Now meteorologist Rachael Peart says that pattern made by the lightning strike is called a Lichtenberg figure.

It was discovered by German Georg Lichtenberg in the 1770s.

If a human is struck by lightning they can get a similar design in their own skin. Lightning striking a human is deadly but if a person survives they can sometimes get those branching patterns.

Thanks to viewer Tim Paasch for sharing the photo.