The father was attempting to rescue his daughter who had wandered onto the pond. 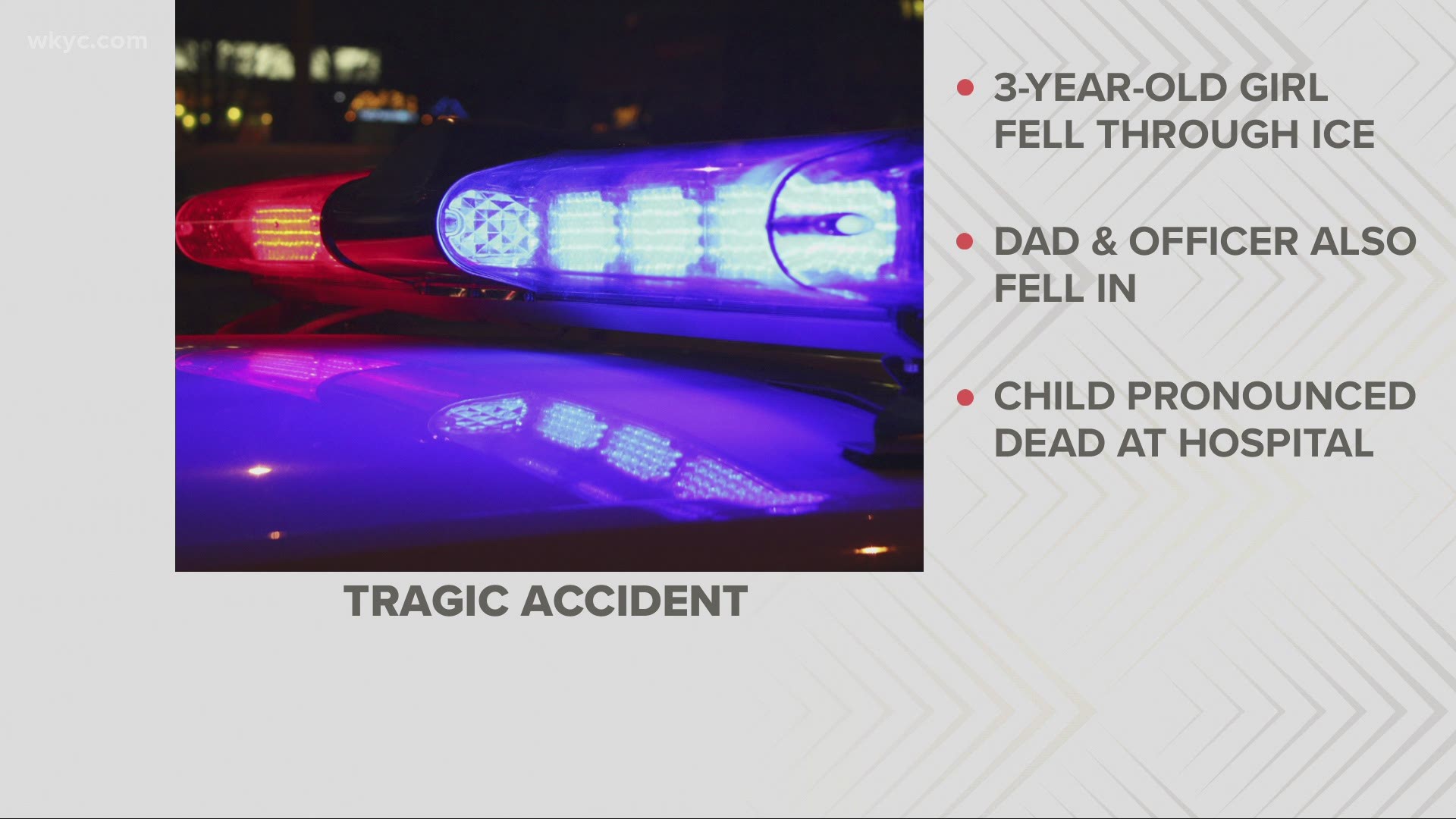 Officials were called to the 27300 block of Bagley Road just before 1:30 p.m. for reports that a young toddler had gone missing only moments prior.

At the scene, officials witnessed a family member, later identified as the child's father, struggling to remove himself from a hole in the ice of a pond on their property.

The man was attempting to rescue his daughter, who had wandered onto the ice and fallen through at a separate location.

An officer, attempting to help the father in distress, crawled on to the ice toward the man. However, upon reaching him, he also fell through the ice.

The 3-year-old girl was later recovered from the icy water and found unresponsive. Medics on scene provided CPR and transported the child to Southwest General via ambulance, where she was later pronounced dead.

RELATED: Ice Safety: How to save yourself and others