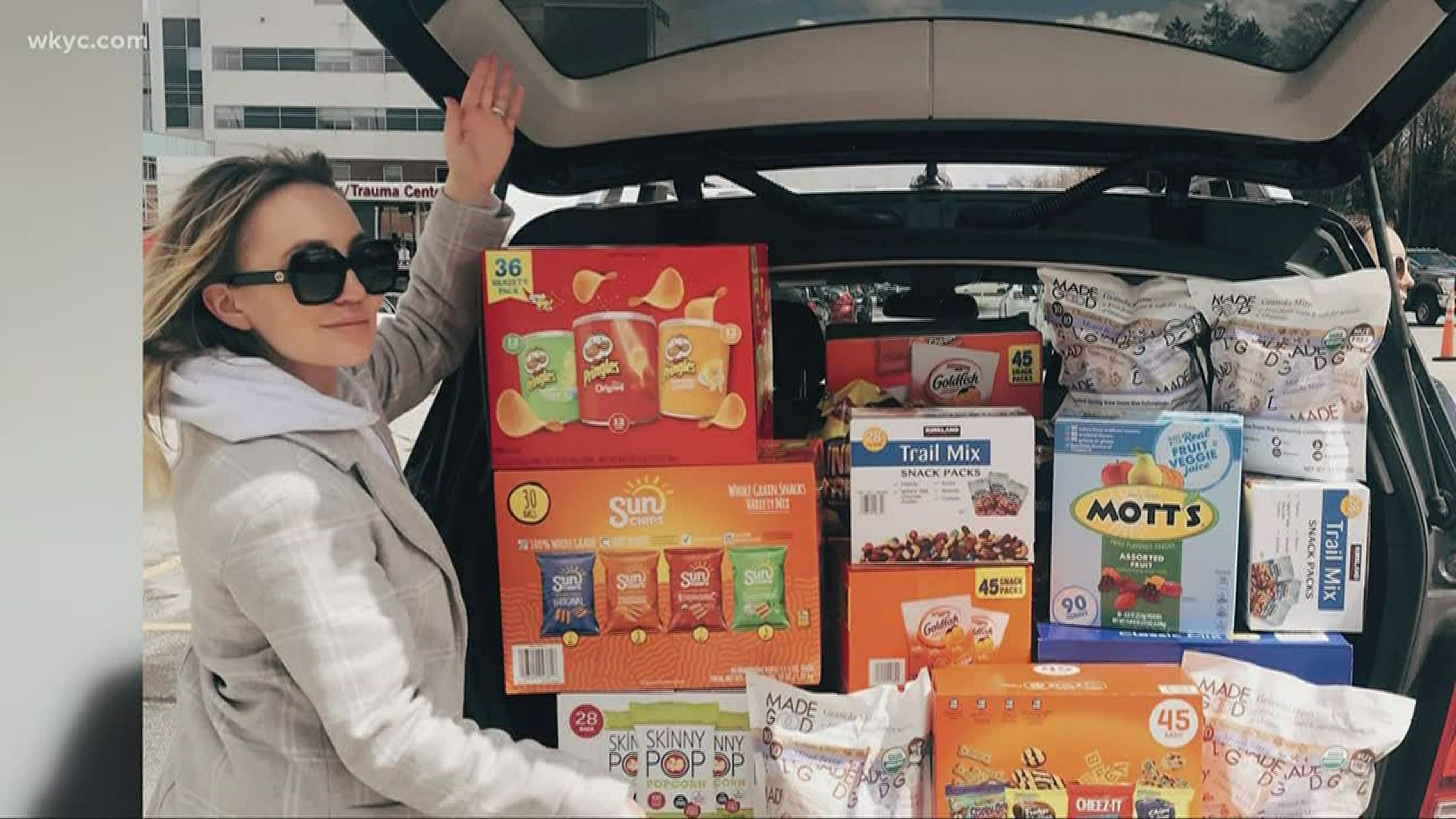 CLEVELAND — Healthcare workers all over the world are answering the call to duty in this unprecedented time. Initiatives have been launched to help them – including one right here at home.

It's called Feed the Frontline: Cleveland and Beyond.

On Tuesday, a caravan of cars, stocked with snacks arrived at Euclid Hospital. The team from Feed the Frontline was there, delivering about 25 boxes of food to the local heroes inside.

Bridget Jammoul started the push with a GoFundMe account. But so many people stepped up to help that it blossomed into a major community project.

“I just thought it was the coolest idea ever, you know, to support the folks on the front line of this thing. And, so I wanted to try and get in something involved in something like that for Cleveland."

When the donations kept rolling in, Jammoul decided to keep it going.

“Then when I realized, like, we hit that goal within maybe an hour and a half, two hours. We can't just do one hospital. Let's take this as far as we can go. Let's go west side. Let's go hit Metro."

Since grocery stores and corporate sponsors got involved, Feed the Frontline has provided hundreds boxes of snacks for everyone who works in our local hospitals.

“We want to be able to get into emergency departments and the ICU and let those folks know, 'hey, we are supporting you 100 percent,'” Jammoul said. "Whether you're a clinician or you're in environmental services at the hospital, we wanted to just show appreciation for every single person who's showing up every day.”

The heroes inside the walls of each hospital are showing up to save lives, while putting their own on the line. It’s gratitude best expressed by people who donate. At every drop, a personal “thank you” is included in each box.

Those who have collected the donations at the hospital are sometimes lost for words.

“They had tears in their eyes and started just becoming overwhelmed with emotion," Jammoul said.

It's sacrifice and service at all costs.

“Those folks are working day in and day out, all day, every day. They're working crazy shifts. They're not with their families as much as they would like. I feel like that's a hero. That's somebody who I would put up picture up on my wall.”

To help Feed the Frontline: Cleveland and Beyond, click HERE.