4 children killed as result of crash on U.S. 77 south of Giddings

The crash occurred when a Nissan Pathfinder swerved to avoid a Peterbilt truck that had lost control and then overcorrected, hitting a different Peterbilt truck. 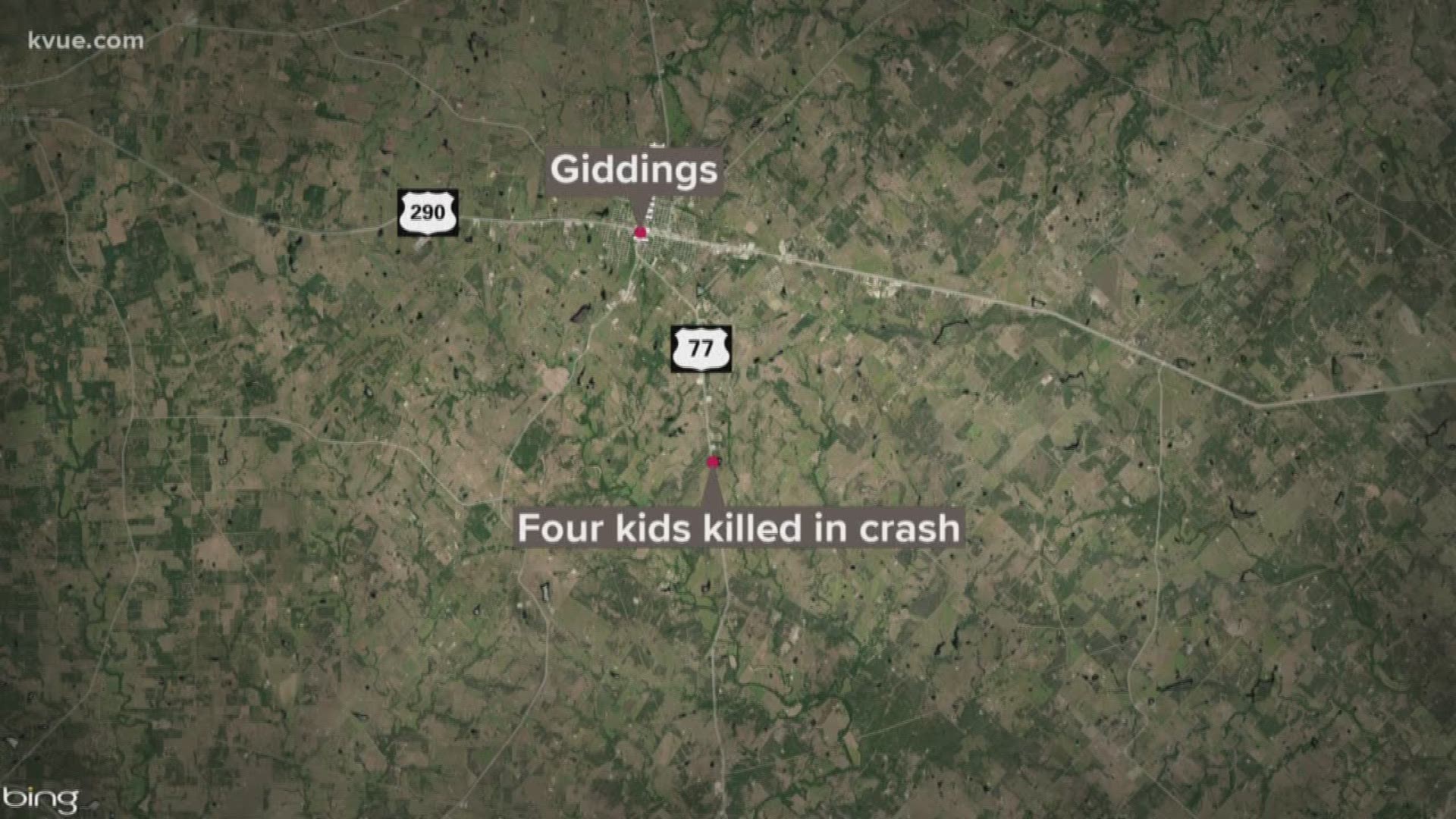 GIDDINGS, Texas — Three children were killed in a crash Wednesday afternoon on U.S. 77, five miles south of Giddings, and another died as a result of injuries sustained in the crash.

The crash occurred around 3:40 p.m. Wednesday.

Airport Boulevard has some of Austin's top crash intersections

The Pathfinder had six occupants, the driver and five children, two of whom were ejected from the vehicle. The driver, 26-year-old Chelsea Dawn Frances Olsen, was transported to Dell Seton in critical condition.

The other three passengers – three-year-old Daniella Castro; two-year-old Sebain Castro; and seven-year-old Trenton Ryan Wright – all died at the scene and were transported to the Travis County Medical Examiner's Office.

Neither of the Peterbilt trucks' drivers were injured.

The Texas Department of Public Safety said the road was wet at the time of the crash.

The crash is still under investigation. No other information is available at this time.

This is a developing story. Check back for updates.

Child dies after near-drowning at Buttercup Pool in Cedar Park

'I didn't think that it would be like this.' Austin boy raises $25,000 to support border wall