Brown discussed the factors weighing his decision for a 2020 run and why he'd be the best candidate to take on President Trump. 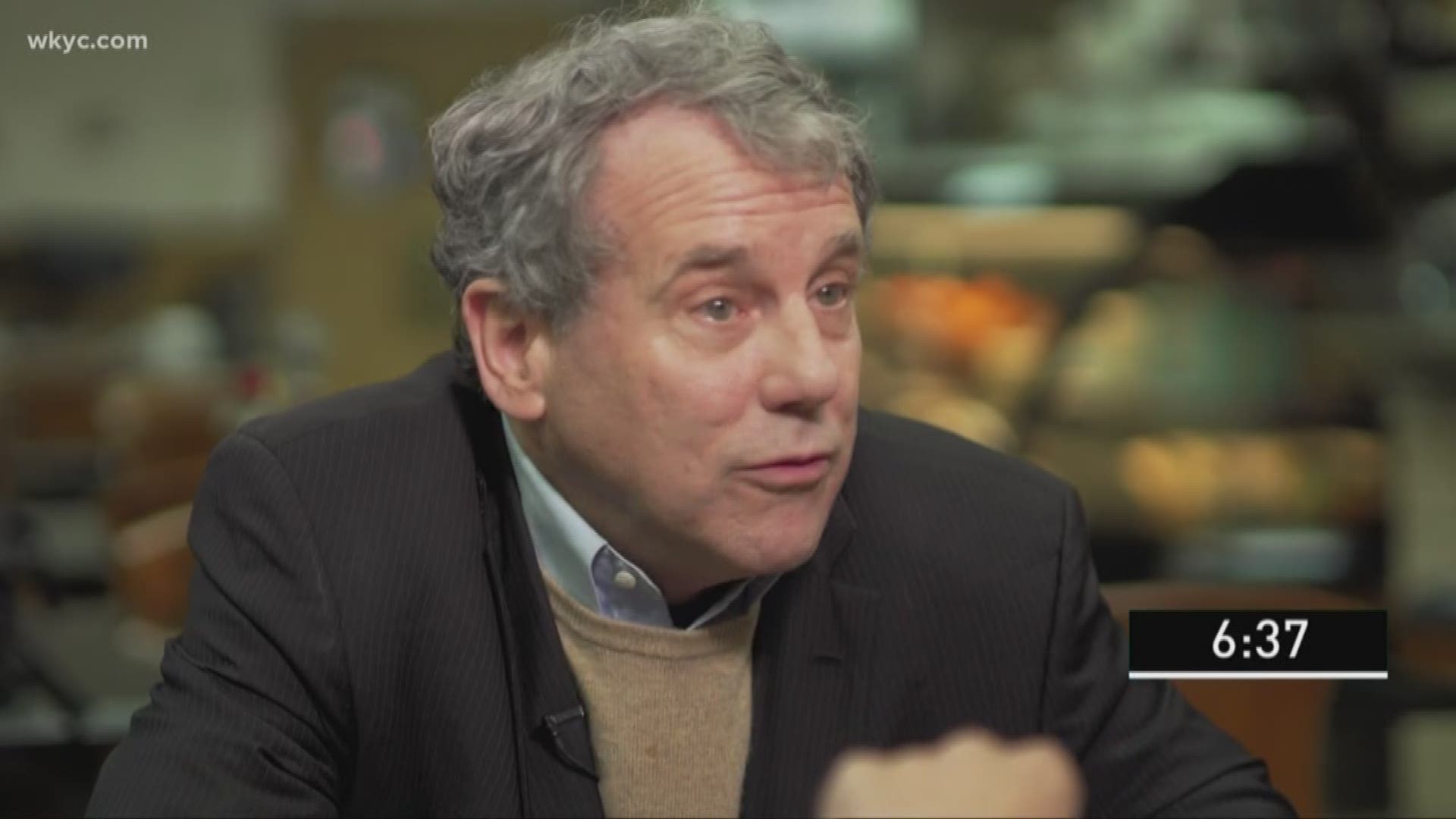 CLEVELAND — Sen. Sherrod Brown won't yet say if he plans to make a presidential run in 2020, but that doesn't mean the democrat doesn't have plenty to say.

Brown sat down with WKYC's Russ Mitchell last week to discuss a range of topics, from the factors swaying his decision to make a 2020 run to his feelings on President Donald Trump.

Brown hasn't publicly announced a potential presidential run, noting that his wife, family and America's voters are all factors in the decision, which he says he'll make in March.

"It's sort of so intensely personal," he said.

If he does decide to throw his hat in the ring, Brown will join the pool of nine current democrats vying for the White House, including names like Sen. Elizabeth Warren and Sen. Kamala Harris.

RELATED: Who is running for president in 2020 so far?

Brown said he'd be the best democratic candidate because he has the experience and provides the support America's working class needs.

Brown recently embarked on his "Dignity of Work" tour, which has him visiting early primary states to meet with working class voters.

When it comes to work, Brown said he hasn't accepted the closure of the Lordstown General Motors plant. The plant is set to cease production next month, but Brown said he and Sen. Rob Portman are continuing talks with GM officials to find a solution to keep the plant running.

"It's less about blame than challenging them to do something different," he said.

Brown also stood his ground on past comments he's made about Trump. Earlier this month, Brown called Trump racist during an interview on NBC's "Meet the Press."

"I don't know what's in the president's heart. I don't really care about that. I know what he's done," Brown said. "I know that he continued to say for years that the president of the United States wasn't born in this country. That was about race. I know what he said about Charlottesville and Nazis and anti-Semites and racists, and that there's good people on both sides. I've seen what he's done on voter suppression, so his actions are racist and I stand by calling him a racist."