The march was set to protest the controversial new abortion law in Texas and fight against similar laws happening in other states. 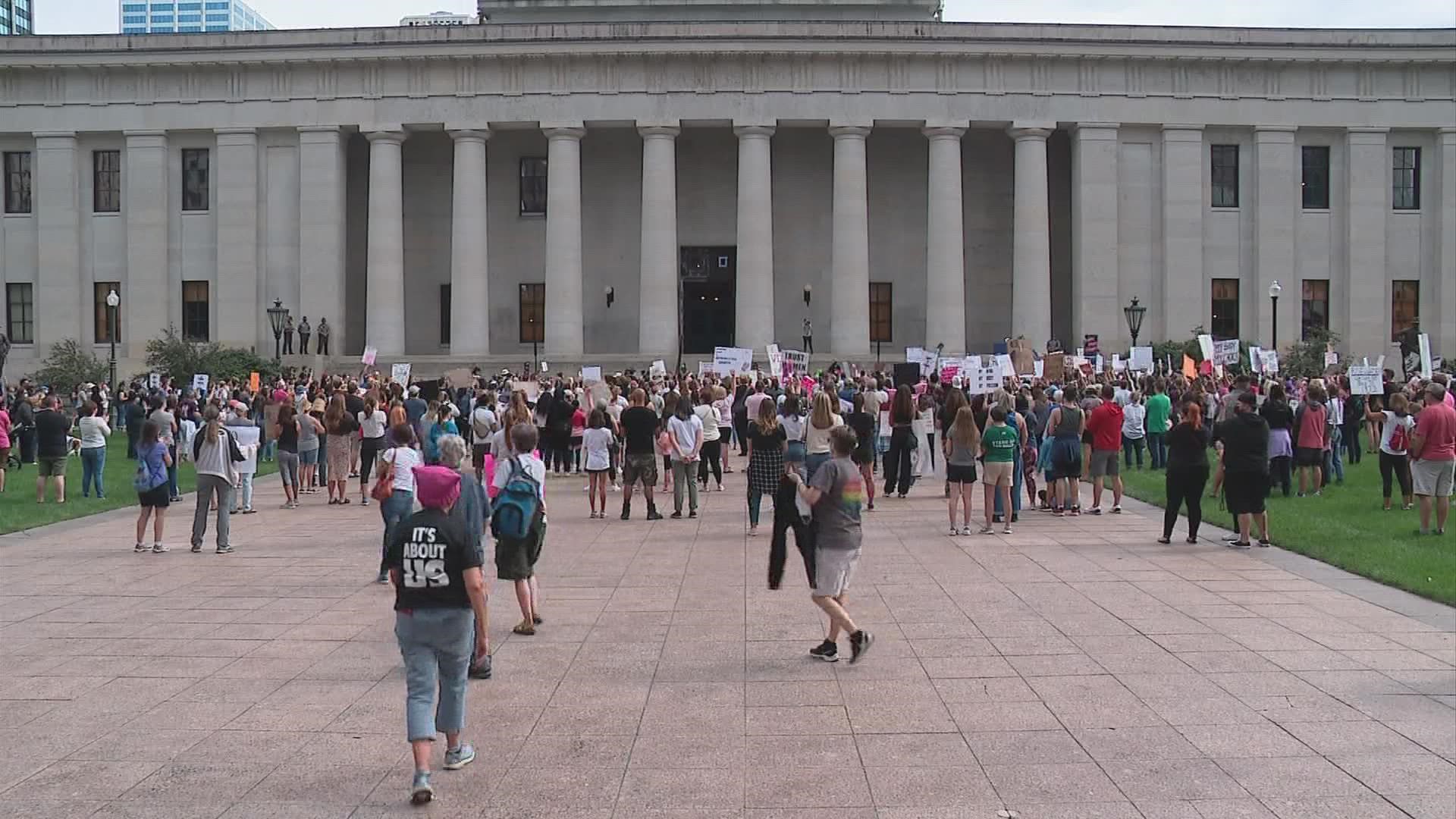 It was a part of the national Women's March where the main event took place in Washington D.C and other cities and towns across the country.

The march was set to protest the controversial new abortion law in Texas and fight against similar laws happening in other states.

The group first met outside the Ohio Statehouse, holding signs and shouting chants.

The group then began marching throughout the streets of downtown Columbus.

Stephanie Moscardino, of Amanda, Ohio in Fairfield County, said she was at the rally for her daughters, sister and any woman who may feel like they don't have a voice.

"We're supposed to be progressing, not regressing," she said. "Why are we going backward? We should be going forward."

Moscardino also expressed that gender equality should be something that should be in place today, not yesterday or tomorrow.

"(Women) don't decide what men do with their bodies," she said. "Why should men or other women decide what we do with our own bodies?"

If passed, the bill would then await court challenges of the U.S. Supreme Court's Roe v. Wade decision, the ruling that legalized abortion nationwide. If challenges to Roe were successful, Ohio could then quickly ban abortion.

There is an exception in the bill for abortions when there is a serious risk to the pregnant person’s life, but written certification of the necessity is required, and “appropriate neonatal services for premature infants must exist at the facility where the physician performs or induces the abortion.”

Currently, abortion is legal in the state of Ohio up to 22 weeks gestation.

The proposed legislation would also ban “as the crime of promoting abortion” possessing, selling or advertising “drugs, medicine, instrument or device to cause an abortion”

“Abortion is anti-life, anti-human, anti-woman and many, many people are suffering because of it,” O’Brien said.

The march is also hoping to bring to light issues such as violence against women and the attack on voting rights and on Civil Rights in general against women, poor people, Black people and other minorities.