Anthony Cucuzza raised the money for the Falls Cancer Club, an organization that helps pay medical bills for cancer patients in Cuyahoga Falls. 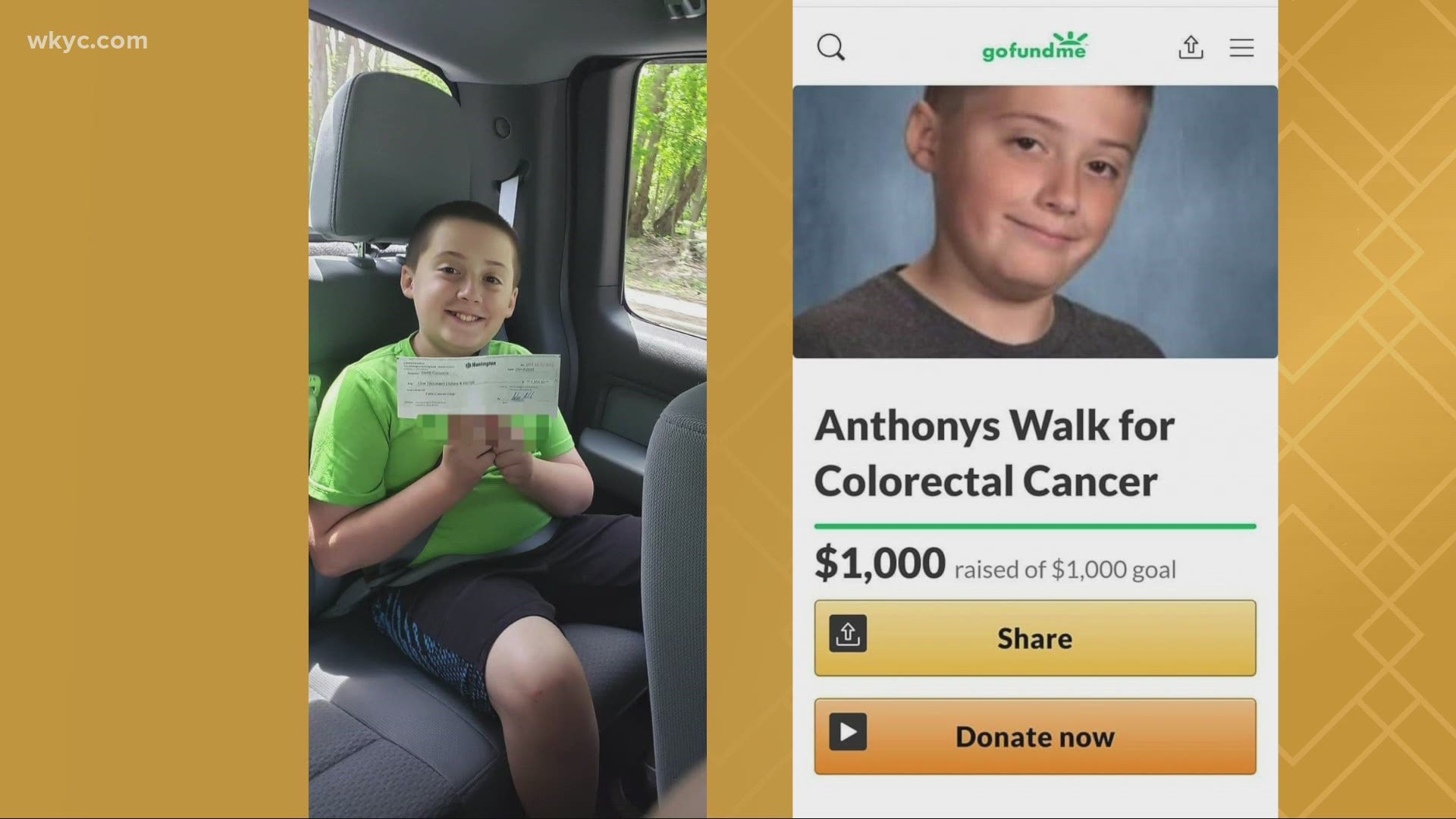 AKRON, Ohio — 10-year-old Anthony Cucuzza from Akron’s Ellet neighborhood is proving that you don’t have to wait until you’re an adult to walk out your purpose.

“Everybody is made with a gift," he said. “My gift was to help people.”

It’s a powerful revelation made clear to the elementary school student after a great loss involving his uncle, Matt Kelley.

"We played together. We really loved football. … There was no such thing as bad when he was around.”

“It was really sad,” Anythony said. “I got so mad. I start having these outbursts. … I started staying in my room more often and changing my attitude a bit.”

Anthony’s mom says her son settled into a deep depression after her brother’s death. Therapy and family support helped him process through grief.

As the second anniversary of Kelley’s death approached, Anthony's mom encouraged him to do something that would allow him to be a helper and honor his uncle Matt.

“We sat and I showed him in the Bible where it says God gives everybody gifts and his gift was to be a helper,” his mom said.

That’s when Anthony was inspired to help the Falls Cancer Club. Last year, he and his family participated in the club’s 5K to honor his uncle’s memory. The group wore matching T-shirts with “Matt’s Minions” displayed on the front.

This year's 5K, however, was canceled due to COVID-19 and replaced by a Virtual Weekend Walk with a $20 participation fee.

Anthony didn't believe that was enough. So, he and his mom set up a Go Fund Me with the goal of raising one thousand dollars.  The mark was hit in just four days.

“I felt like if we raised more, we could do more,” Anthony said.

Just 13 days after the two-year mark of his uncle’s death, Anthony was able to present a $1,000 check to the Falls Cancer Club.

“I was just flabbergasted,” Falls Cancer Club President Melinda Dull said. “My heart was like are you kidding me! This is just a little boy doing this.”

Dull said the organization has had to cancel five fundraising events due to COVID-19, which has greatly impacted their budget. According to Dull, last year at this time the club had raised close to $30,000. This year, they’re only at $17,000 -- with $1,000 of that coming from Anthony.

“He's our little hero and I hope he continues doing good for years ahead,” Dull said.

Anthony said his next goal is to help kids struggling through grief and depression.

RELATED: 'Little waving girl' of Bainbridge Township reminds us all that a small gesture can leave a great impact