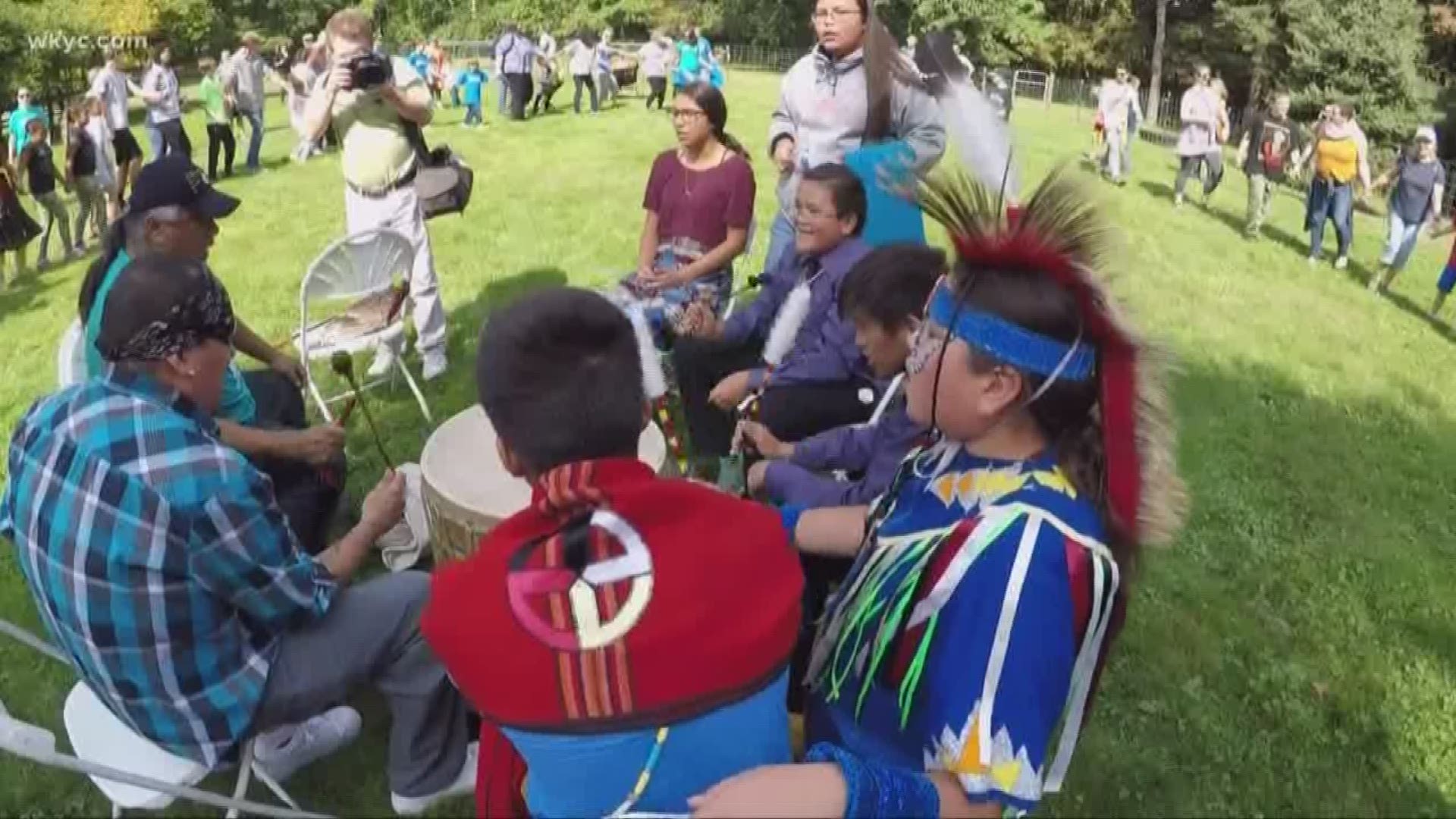 AKRON, Ohio - — The sounds of drums, dancing, and singing echoed once again along Portage Path, as it used to for thousands of years.

Burt Medicine Bull and his group of Northern Cheyenne came back to Akron to celebrate the new "First Peoples Day."

Akron City Council voted down a proposal to change Columbus Day last year. Instead, students from The Lippman School suggested a different path to recognition.

"They said let's make a different day. As far as I know, we may be the only city in the U.S. that's chosen a different day instead of flipping Columbus Day, so good for the students and good for the city of Akron," says Sam Chapman of The Lippman School.

The Lippman School at Northern Cheyenne have partnered on a cultural exchange program for the past 8 years. This friendship dance celebrates what this is all about.