A second child was also grazed by a bullet. 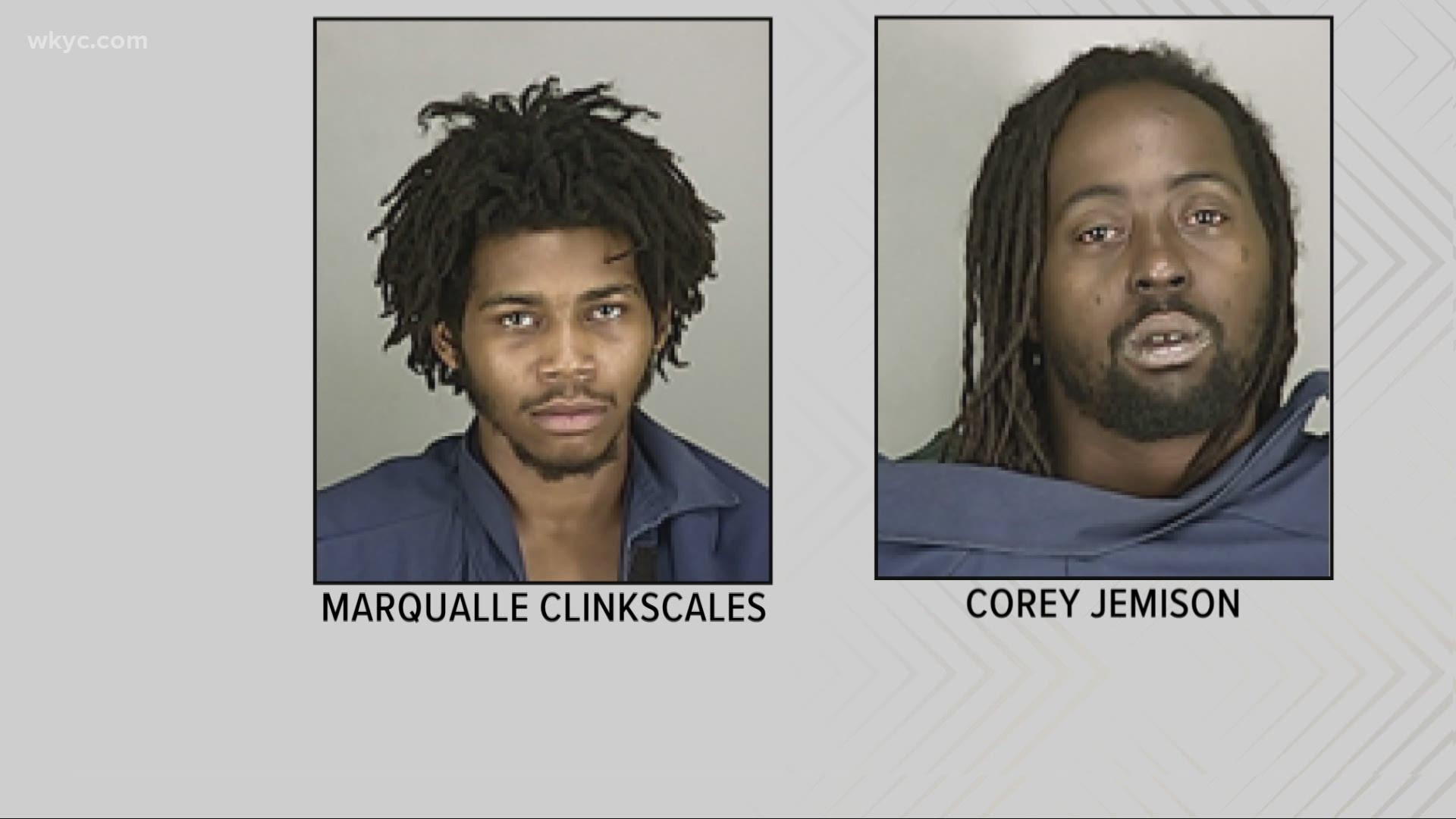 It happened around 1:17 p.m. in the 1200 block of Copley Road. First responders located the 6-year-old girl on Greenwood Avenue. Officers also found a disabled vehicle in the street with bullet holes.

The victim, who was originally identified as an 8-year-old girl in initial reports, was taken to an Akron hospital where she underwent surgery. She remains in critical condition as of Friday morning, according to the Akron Police Department.

During the investigation, it was also discovered that another child sustained minor injuries as a result of being grazed by a bullet.

Police say Marqualle Clinkscales, 23, and Corey Jemison, 39, were arrested and charged in connection to the shooting.

“Investigators determined that both men exchanged gunfire after an argument,” police said. “Clinkscales’ shots struck the car with six children inside, including the 6-year-old victim, and the child who sustained the graze wound. Clinkscales was arrested following a vehicle pursuit a short time after the shooting.”

He was later charged with two counts of felonious assault and tampering with evidence.

Authorities said Jemison, the alleged driver of the vehicle involved in the shooting that was found disabled, was charged with felonious assault and weapons under disability. He was also charged with a parole violation.

The investigation is still underway, and additional charges are pending.