The Independence Day celebration will go on in Akron -- but with a twist. 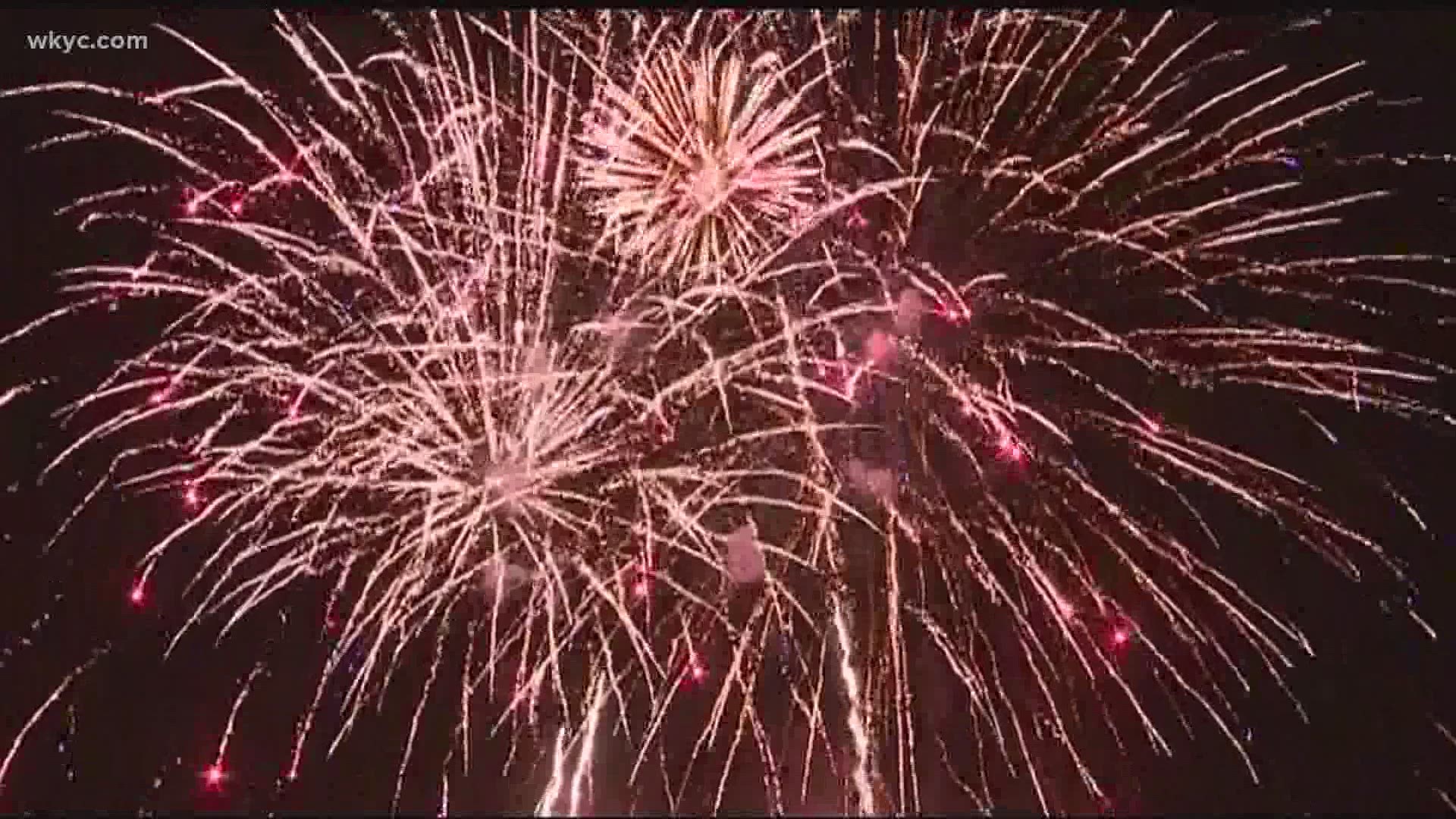 AKRON, Ohio — Fireworks will light the night sky in Akron as the city takes a new approach to the July 4 celebration amid coronavirus concerns. Mayor Dan Horrigan announced plans Monday to host “neighborhood-based” fireworks displays throughout the city in place of the traditional gathering centralized downtown at Lock 3.

Officials have organized a synchronized program of fireworks that will be launched from multiple locations, including the Akron Executive Airport, Patterson Park ball fields, Summit Lake and the State Street parking deck in downtown Akron.

Before the show begins, test fireworks will be ignited at 8:30 p.m., 9 p.m. and 9:30 p.m. Officials say these tests will allow residents to determine if they can clearly view the fireworks or if they need to move to a different location.

“A perimeter around these sites will be secured, and spectators will not be allowed to park or walk close to the launching grounds,” city officials said in a press release. “Instead, individuals and families are strongly encouraged to watch from their own home or neighborhood and enjoy the fireworks from a distance. Residents should ensure minimum six feet of separation from others and wear facial coverings if leaving their property or car at any time during the display.”

A patriotic soundtrack for the fireworks will be broadcast live on 97.5 WONE.

“With so many summer activities on hold or cancelled this year, it was important that we were able to maintain one of our Fourth of July traditions,” Mayor Horrigan said in a press release. “These are trying times in our country, our state and our city, and it’s important that we take a moment to celebrate and recommit to our highest national ideals. By spreading out our fireworks displays into our neighborhoods, we can create a safe way for our community to share a meaningful experience while preserving physical distance.”

Akron canceled its traditional downtown July 4 fireworks based at Lock 3 back in April.