The fireworks will be set off from four different locations at 9:45 p.m. on Sunday, July 4. 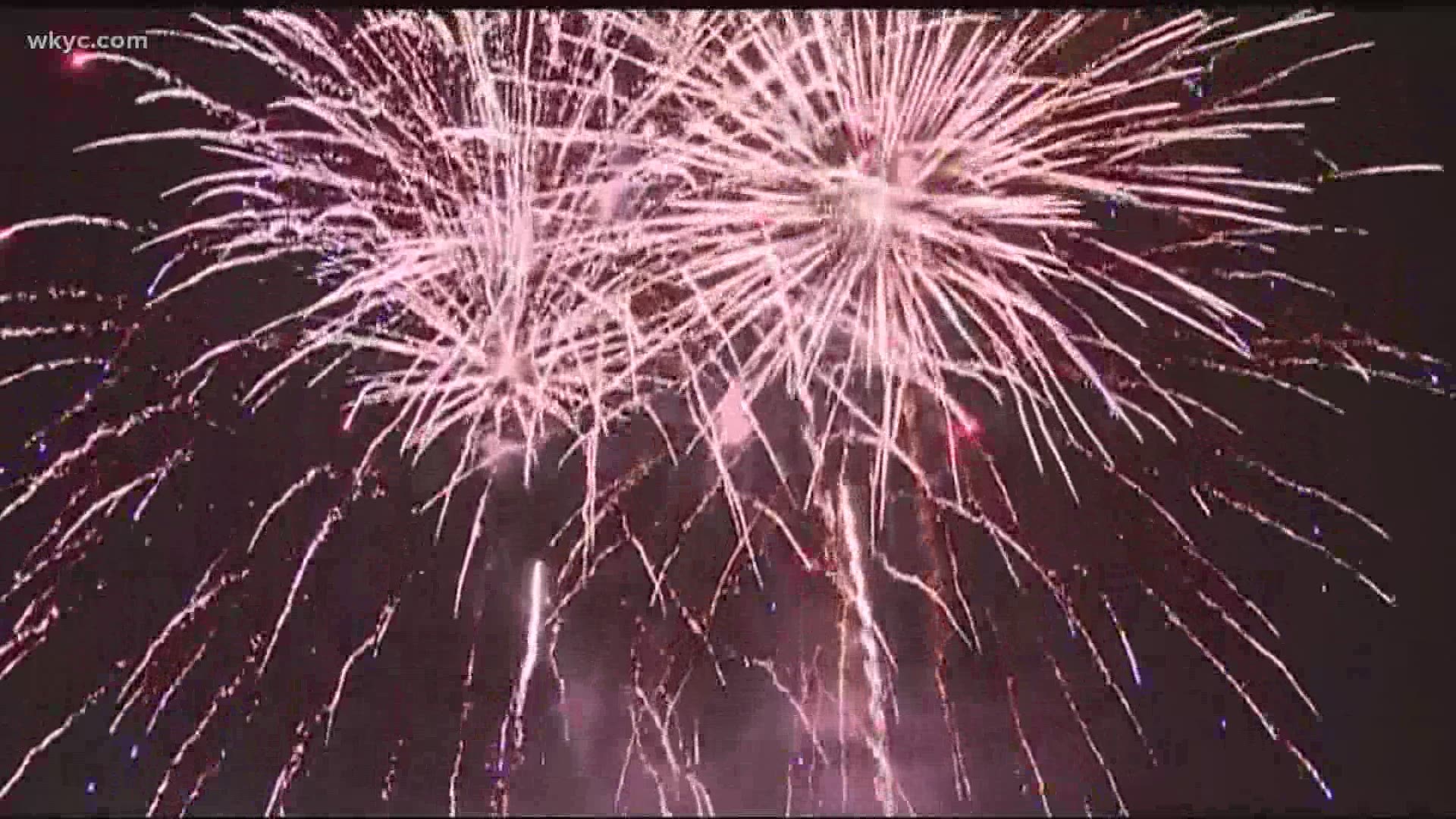 AKRON, Ohio — Editor's note: Video at the top of this story was originally published in an unrelated fireworks safety story from July 2020.

For the second year in a row, the city of Akron will celebrate July 4 with four separate fireworks displays synchronized in different neighborhoods throughout the city.

The four fireworks shows are set for 9:45 p.m. on Sunday, July 4 at the following locations:

“A perimeter around these four sites will be secured, and spectators will not be allowed to park or walk close to the launching grounds,” city officials said in a press release Wednesday morning. “Instead, individuals and families are encouraged to watch from their own homes or neighborhoods and enjoy the fireworks from a distance.”

The fireworks will be ignited with a patriotic soundtrack in partnership with 97.5 WONE.

“Last year, we were forced to get creative and do things differently to allow for social distancing during our fireworks displays,” said Akron Mayor Dan Horrigan. “But we had such a positive response and outpouring of support that we decided to bring the neighborhood displays back again in 2021. Spreading the fireworks out in locations around the city allows many residents to watch the displays from the comfort of their own yard or neighborhood park and still allows us to celebrate as a community with the synchronized soundtrack.”

Also worth noting, city officials say Lock 3 will not be hosting the annual Rib, White and Blue Festival this year.

Here are other upcoming events current slated for Independence Day weekend throughout Akron:

Sat., July 3, 2021: Lock 3 is hosting its Downtown Block Party from 2-7 p.m. It will feature a local food truck round-up (interested trucks should contact Lock 3 at lock3@akronohio.gov), craft beer tasting, inflatables, and live entertainment on the stage, including the Realm of the Reptile show and local band 45 RPM.