No officers have been placed on leave as a result of this incident. 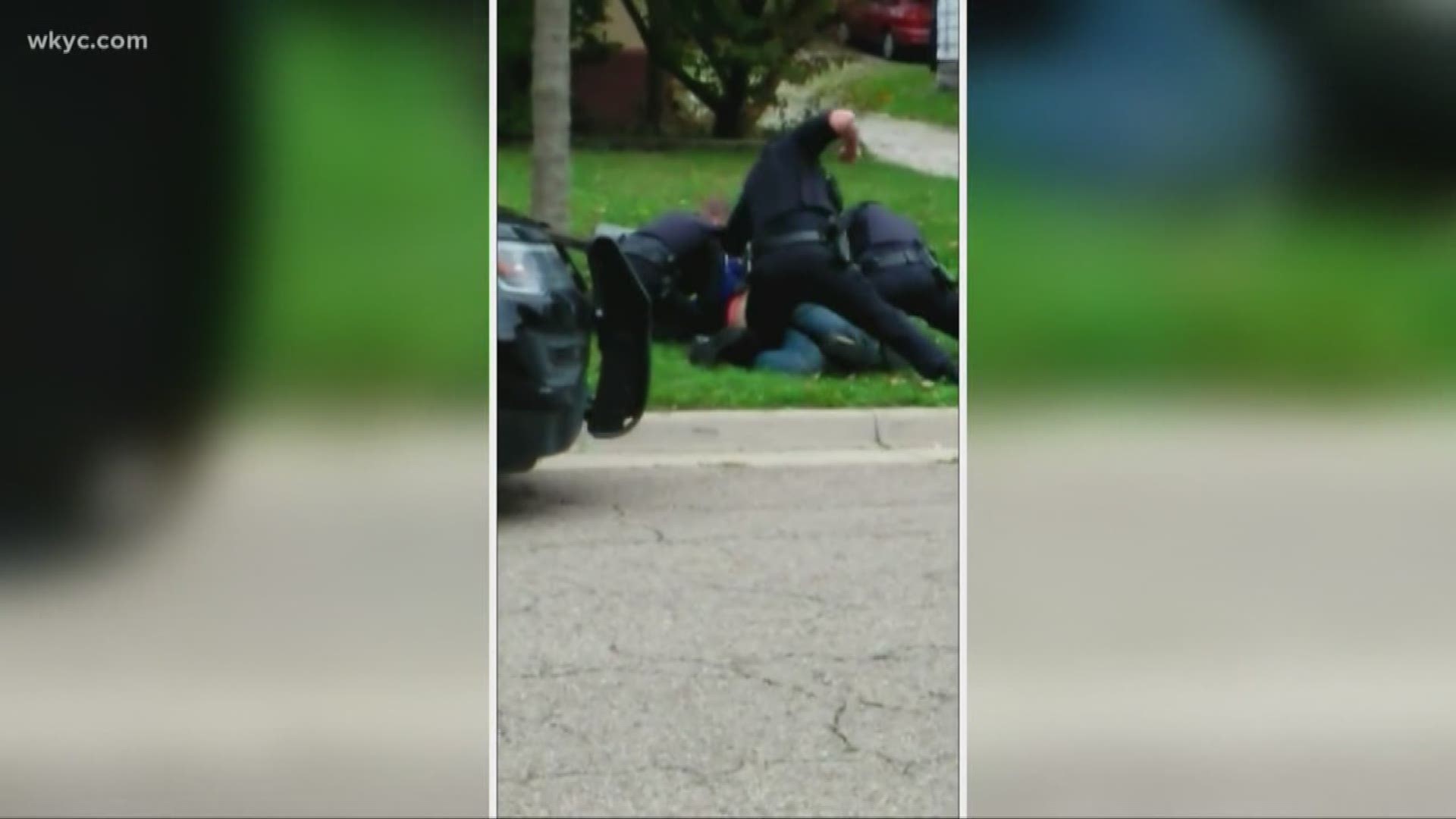 AKRON, Ohio -- Akron police are investigating the takedown of a suspect that was caught on tape Sunday.

The video has been shared thousands of times on Facebook, and shows what looks to be an aggressive situation, but officers are defending their actions.

It happened in the 300 block of Para Avenue.

After onlookers asked officers about their actions, they said the suspect was fighting back.

Investigators say the suspect, who's name has not been released, was a fugitive from the Cleveland area and was under the influence of some sort of drug. After the take down, the suspect was taken to the hospital, but officers say it was from the drug, not the take down.

Akron police are expected to be released more information on Monday and no officers have been placed on leave.